FLOWERS have been laid at Old Trafford as Nobby Stiles' family lay the 1966 World Cup hero to rest.

The funeral is strictly invitation only, given ongoing Covid concerns. 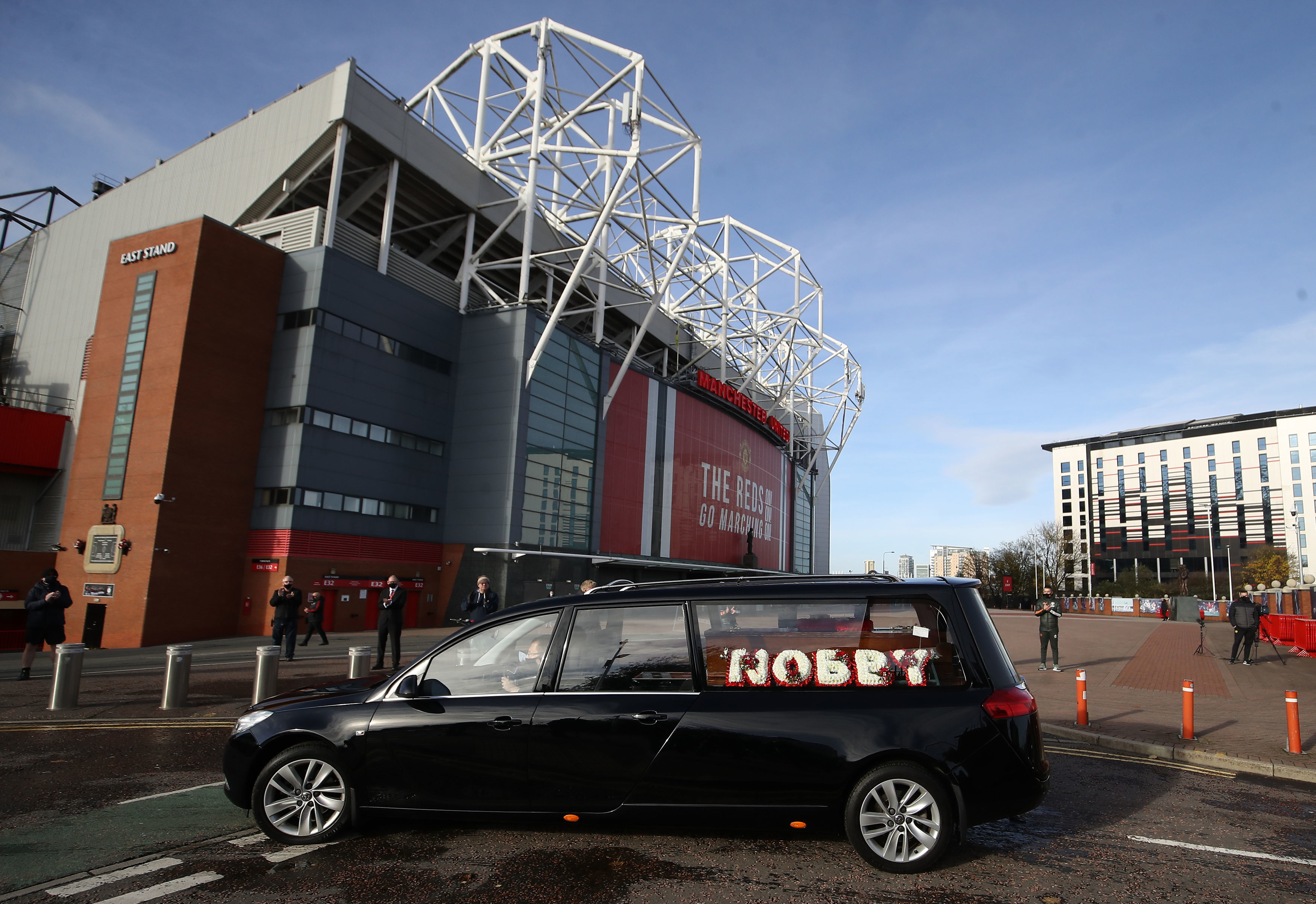 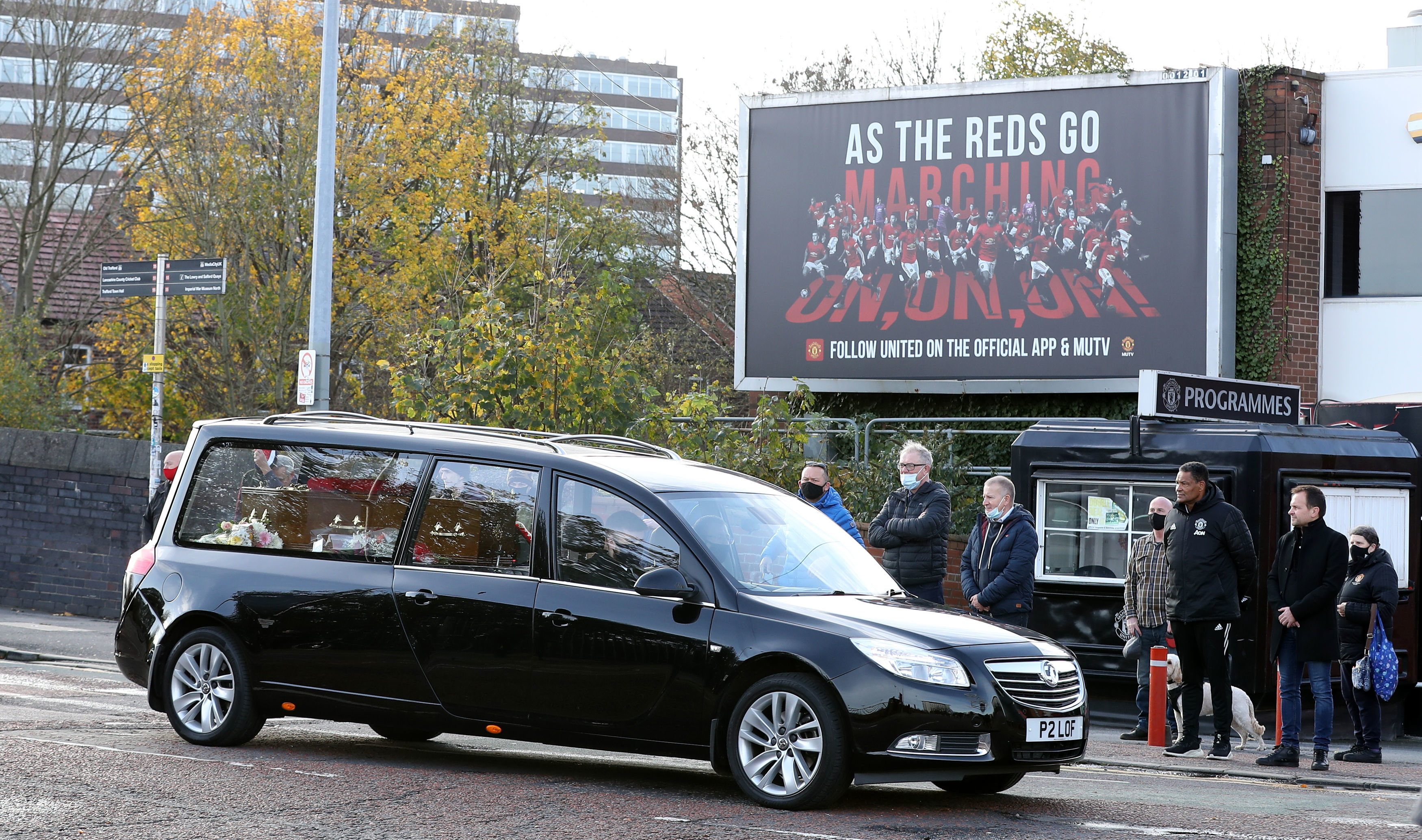 The Manchester United and England legend passed away after a long illness on October 30 aged 78.

And fans have been invited to donate to the Jeff Astle Foundation in Stiles' memory, with the 1966 World Cup winner having suffered from dementia in his latter years.

While fans cannot pay their respects in person, many have still found other ways to mourn Stiles.

The diminutive former midfielder's hearse passed Old Trafford on its way to the funeral.

And while some fans were in attendance, including Stiles' former team-mate Pat Crerand, others had already been to lay flowers, tributes and pictures of their club and country's icon.

He tweeted last month: "Hugely sad to hear Nobby has passed away.

"We were playing together way back for the U17s, U23s, and of course, for England, in fact, it was my first cap when Nobby scored, I think he was wearing No. 9! 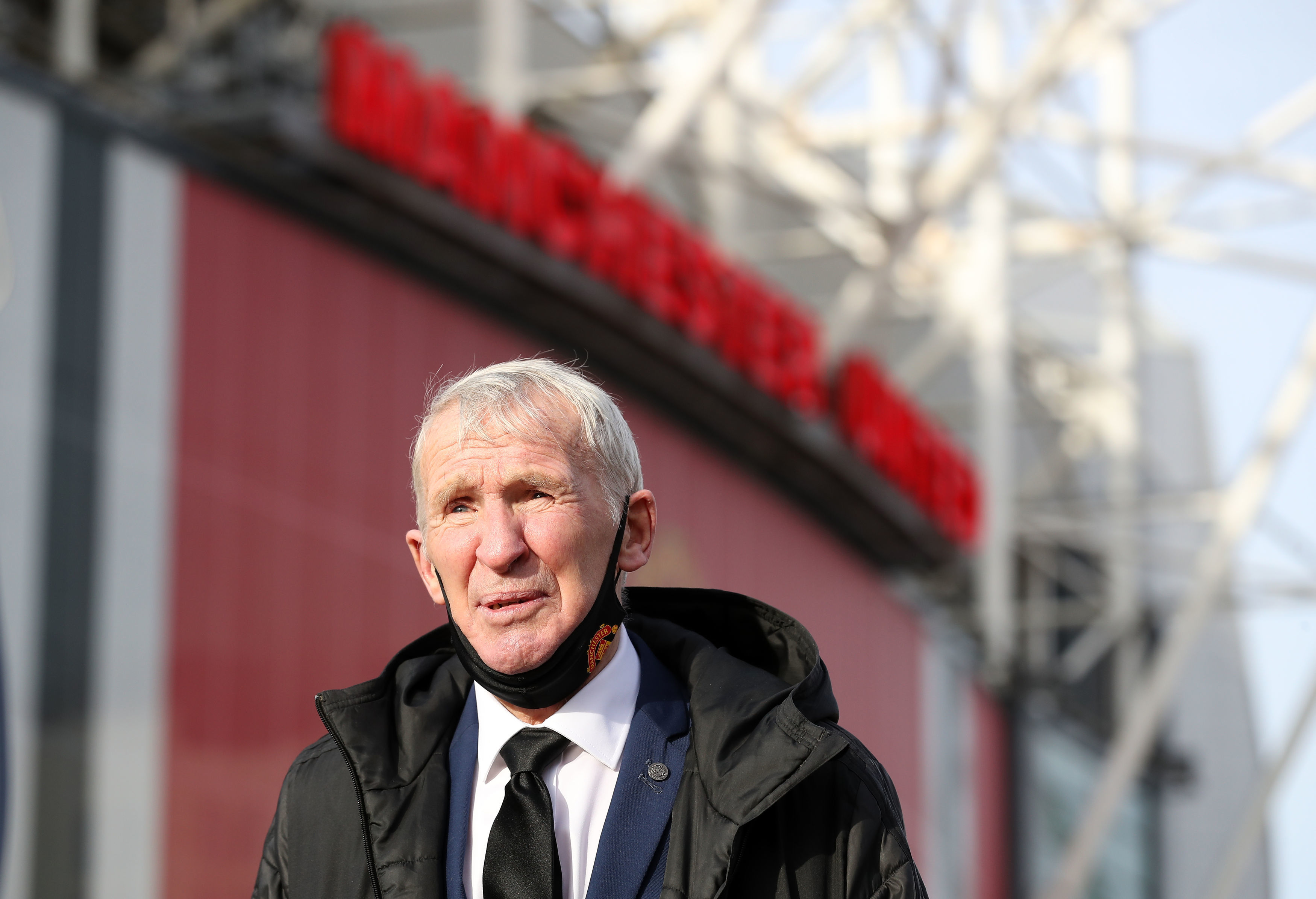 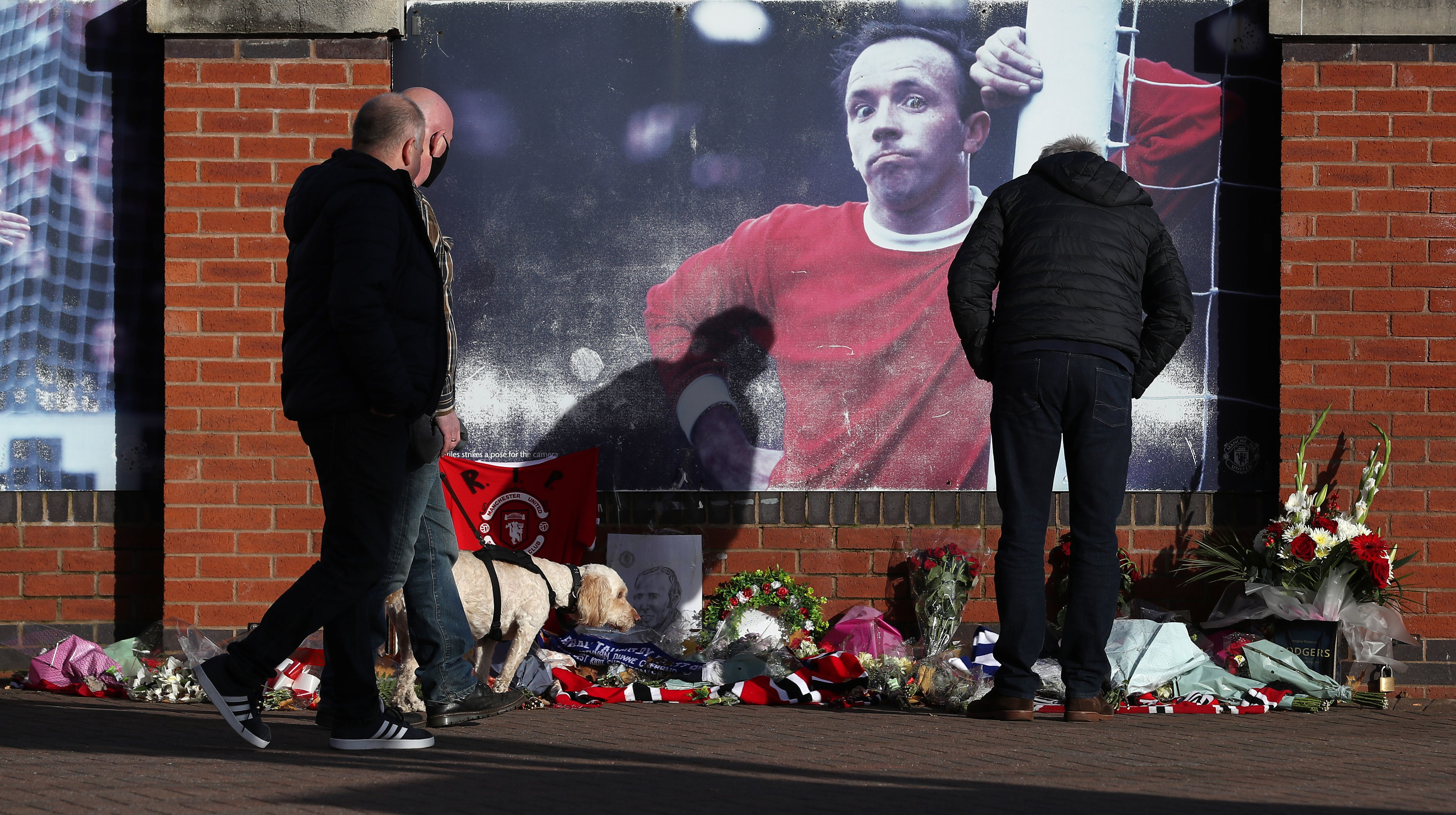 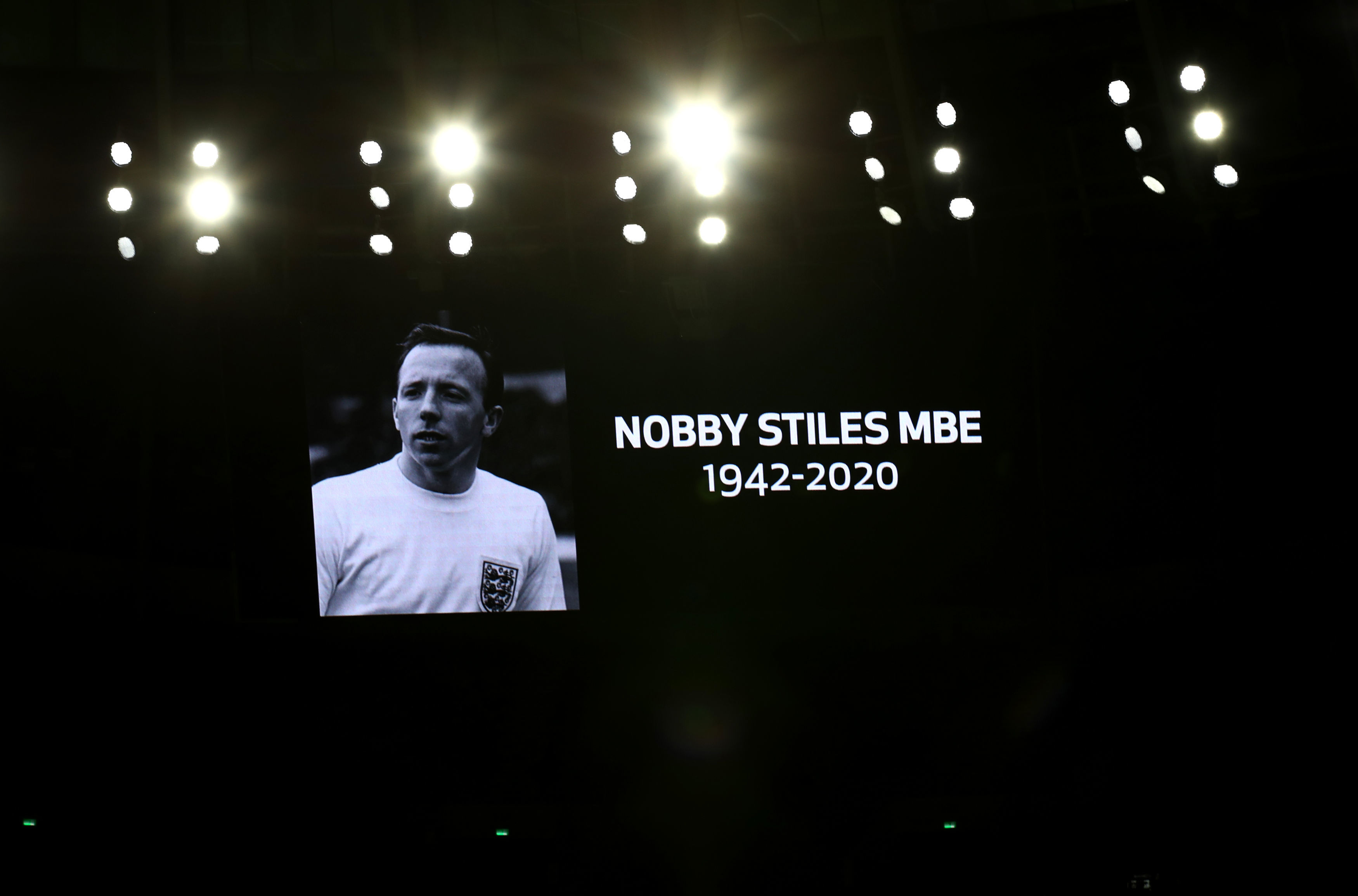 "Great character, and the heart and soul of the team, he will be sorely missed."

Stiles had been battling Alzheimer’s and vascular dementia for 18 years and had been diagnosed with prostate cancer in 2012.

His family said in a statement after his passing: "The Stiles family are sad to announce that Nobby Stiles passed away peacefully surrounded by his family after a long illness.

"The family kindly ask for privacy at this sad time."