Mr. Bernal, who had Covid-19, was a Peruvian-born violinist who established himself as a longtime player and pedagogue in the United States. 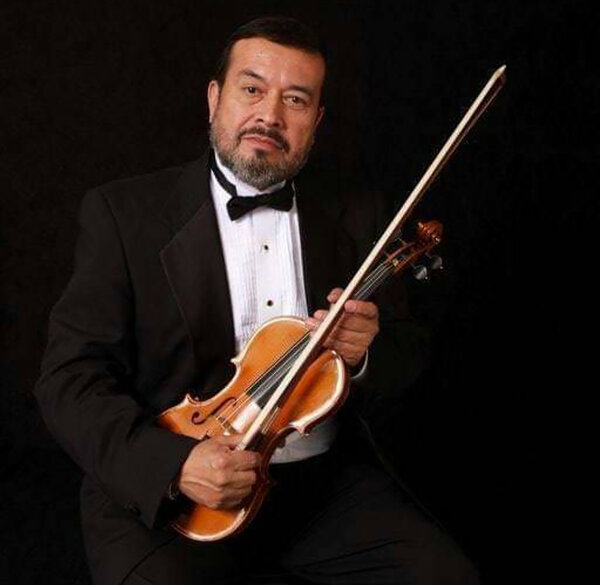 This obituary is part of a series about people who have died in the coronavirus pandemic. Read about others here.

Norman Bernal, a Peruvian-born violinist who immigrated to the United States, had a job that was not for the faint of heart: putting string instruments in the hands of adolescents and drawing music out of his young charges.

He did it for decades in Georgia’s public schools, a part of his musical life that did not bring ovations from an audience. But his dedication was nevertheless recognized by those who knew him, and recalled in the days after his death on Sept. 7 in Lawrenceville, Ga.

He was 75. His daughter, Janeen Bernal said the cause was Covid-19.

“Anyone who goes into teaching at a middle school willingly is a saint — and then add music to that,” said Sara Hennessey, who learned cello from Mr. Bernal beginning in 1988. “But I remember him being so patient. Teaching middle schoolers might not have been his first love, but he did it well.”

A memorial page on Facebook includes videos like one in which a mother and son — who were both taught by him — play a Vivaldi violin concerto, and another in which a woman plays with a German bow handpicked by Mr. Bernal.

Norman Eris Bernal was born on Jan. 2, 1945, in Lima to William and Mercedes Bernal, who were both teachers. When he was 7, he was awarded a scholarship to study violin at the National Conservatory of Music in Lima.

College brought him to the United States: first to Southern Adventist University in Collegedale, Tenn., then to Andrews University in Berrien Springs, Mich., for his master’s degree and Ball State University in Indiana for his doctorate in violin performance.

Along the way, in addition to studying performance and conducting — including, briefly, with the prominent maestro Herbert Blomstedt — Mr. Bernal trained to become a luthier, a craftsman of string instruments.

He taught for five years at Pacific Union College in Napa County, Calif., where he was also the orchestra director. He moved to Georgia in 1979 and remained there for the rest of his life — teaching in public schools beginning in the mid-1980s and playing locally, as a founding member of the Atlantis Quartet, and as a concertmaster of smaller outfits like the Gainesville Symphony Orchestra.

Amish Trivedi, a poet and teacher, recalled meeting Mr. Bernal in 1995, when he was in fifth grade. Music was new to him, but he was encouraged by Mr. Bernal’s warmth.

“He played his violin along with everyone else,” Mr. Trivedi said. “He was right there with us.”

Mr. Bernal’s music classes, Mr. Trivedi said, helped him and his friends get through the stresses of adolescence, and instilled what became a lifelong love of music. “Of the dozen or so people I texted with after Mr. Bernal died,” he said, “11 still play.”