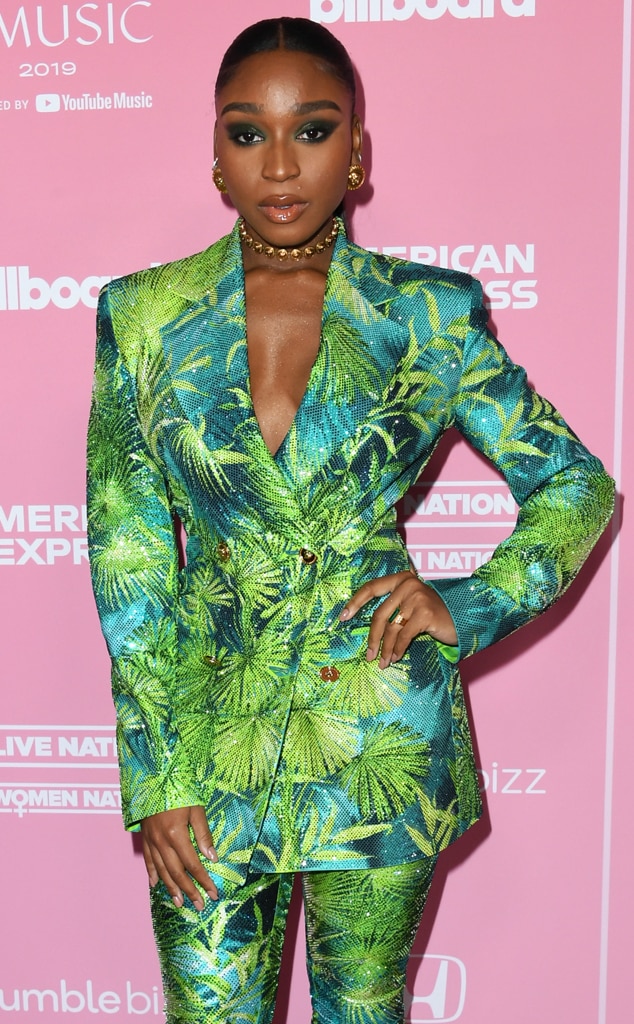 Fans are rallying around Normani after the 24-year-old singer appeared to announce that her mother's cancer has returned.

On Sunday, Oct. 11, Normani's mom Andrea Hamilton took to Instagram to publish a picture of a rosary. "I can do all things through Christ who strengthens me," she wrote. "I did it once and I'll do it again! #CancerWho."

The "Motivation" star then re-shared the post and wrote, "We got this mommy." In addition, she left words of support underneath Andrea's photo, calling her mother "the strongest woman that I know" and "my warrior."

According to a 2018 interview with Paper Magazine, Andrea was first diagnosed with breast cancer when Normani was about 5 years old, which the artist recalled being "the scariest point in all of our lives."

"I didn't know much about breast cancer, and though I was always educated by my doctors to do my self breast exams and everything, I took it for granted," Andrea told the publication at the time. "You can kind of turn a blind eye until it actually happens to you. I was about 33 years old and I wasn't doing my breast exams on a regular basis. I don't know what it was but something told me to check that day that I found the lump. I immediately went to the doctor. By doing my own self breast exam I caught it at an early stage."

Andrea recalled telling her daughter that "mommy had gotten sick." She then looked back at a specific moment that Normani said she still remembered "like it was yesterday."

"When I started going through chemotherapy and radiation, my hair started falling out, so one day, my husband shaved my head," Andrea said. "My mom had just picked Normani up from school and she came running through the house looking for us and found us in the bathroom. It frightened her; she didn't know what was going on. That was one of the hardest times of my life—to not just go through what I was going through but to have my child feel fearful about what was happening."

Andrea said her mother and her husband tried to explain the cancer battle to Normani. However, it was difficult for her to understand at such a young age.

"It's hard for anyone to be able to comprehend that one of their loved ones is that ill and could possibly not be with them anymore, but being a 5 year old trying to understand that was even more difficult," Normani told Paper Magazine. "It hurt me to know that it hurt her. I remember she started crying after, and as a woman there's insecurity in losing your hair. I don't know what that's like, but I know my mom was very strong during that time and my dad was so supportive. That's important for any woman that's going through the same experience, to have a support system of people around you who are reminding you that you're still beautiful."

In 2017, Normani partnered with the American Cancer Society and became a global ambassador to help drive awareness about the importance of breast cancer screenings. "Cancer has touched my life and the lives of those I love," she said in a press release at the time, "and now I'm ready to help all that I can in the fight."

E! News has reached out to Normani's rep for comment.