Home » Lifestyle » Not so jolly Jilly

Not so jolly Jilly

Not so jolly Jilly: Jilly Cooper made her name with riotous accounts of domestic mishaps as a young wife. But reading them today, what shines through is a nagging sense of sadness

During the Sixties and Seventies, before she wrote her raunchy bestsellers Score!, Wicked!, Jump! and Mount!, Jilly Cooper was a famous newspaper columnist, chronicling her household mishaps with comic zest.

In a style copied a million times since, Jilly, who is now eighty-odd, breathlessly told readers about defrosting the fridge, making a chocolate mousse that inadvertently tasted of Kitekat, finding her first grey hairs, and losing a false eyelash: ‘It fell off during dinner and my host stamped on it, thinking it was an insect.’

She wrote brilliantly of the hell of moving house, when the tin-opener disappears and ‘one of my only wearable pairs of shoes is lost for all eternity’.

Amidst the frenzy, Jilly always claimed to be hard-up, cowering from the bank manager, but mentions of nannies, assistants and boarding schools always suggested she was pretty posh. 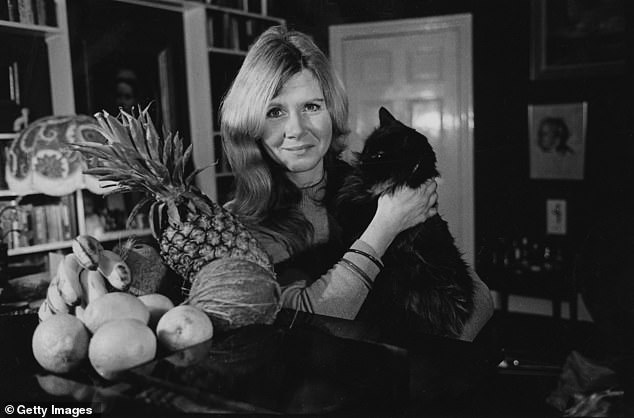 In this priceless miscellany culled from her classic articles, the cats get locked in the wardrobe, her children eat mussels and puke in the face towels, and the family’s beloved mongrels get into fights (‘Your dogs are the scourge of Putney! You’re a disgrace to the neighbourhood!’).

Yet the more Jilly accounts for her ‘chaos as a wife and a mother working from home’, the more I began to sense the pain under the relentless jollity. This is what gives her writing texture and weight. Though conversational and anecdotal, Jilly is more searching than she might initially appear.

On holiday in Brittany, for example, ‘everyone’s prickly’. Jilly ‘sobs quietly all the way home’. Christmases are spent ‘with me in tears most of the time’. Her life in Putney, Southwest London, sounds a horrible shambles. Who’d choose to exist in this way — dirty laundry piling up, incontinent pets, too much alcohol? ‘Our drink bills, I’m afraid, are astronomical.’

This book is like one of those period Wendy Craig sitcoms, where the joke was the little lady’s incompetence. 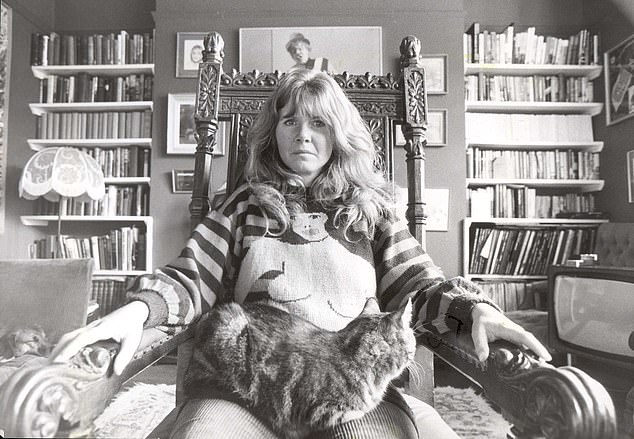 Before Jilly Cooper wrote raunchy bestsellers she was a newspaper columnist

Half a century ago, when most of Jilly’s articles were first printed, people seemed to do little except eat, drink and smoke, and it was a woman’s duty to look decorous and organise heaps of dinner parties. Jilly tells us about guests who start squabbling, tell blue jokes and fall asleep in the pudding.

But what gives the book a darker historical perspective is the chauvinism. It goes unquestioned that cookery and ironing is women’s work. Jilly’s ‘tales of how disastrous I was domestically’, for example turning her husband’s rugby jock-strap bright pink in the wash, are supposed to be hilarious. Yet the reaction of a 21st-century reader is, well, why didn’t the blokes do the shopping, prepare meals, get washing done, look after the children, push the pram?

A generation ago, on the evidence here, men were too busy being boorish. The ones in Between The Covers think of themselves as ‘playful admirers’, leering at and kissing secretaries, picking Jilly up by the waist or inviting her to sit on their lap.

At parties, husbands are always ‘pouncing on you every time the hostess’s back is turned’. One man Jilly knew kept sending her nude photographs of himself.

When Jilly married Leo Cooper, in 1961, she never balked at being expected henceforward to be ‘the ministering angel that soothed away the pain and restored his faith in human nature’ after a bad day at the office. 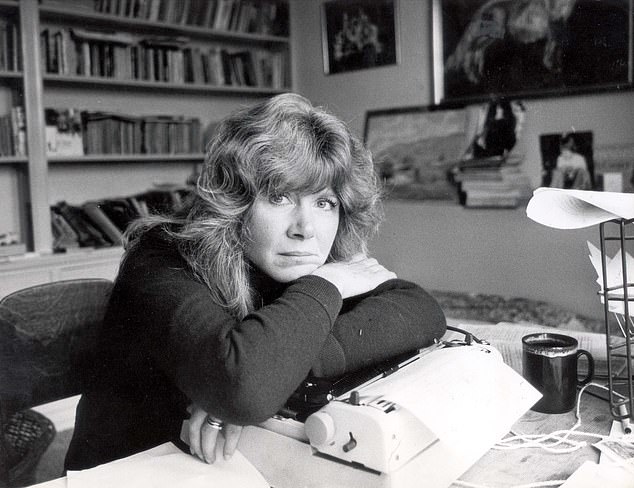 She appears to quite accept that real he-men will be ‘haughty, cruel, humourless introverts’.

They seem just like the caddish pre-Me Too heroes in her novels, all those horsemen with hairy wrists, jumping hedges.

Leo, who died of Parkinson’s in 2013, frankly appears a bit of a trial, the way he has ‘cataclysmic squawking matches with the neighbours’, won’t let anyone watch soap operas on the telly and weeds out Jilly’s old pals, deciding most of them are boring.

He is most contented in the company of his own pals at the cricket, ‘guzzling and swilling and stuffing themselves with pork pies’.

For her own part, despite the demands and responsibilities of family, Jilly drifts through these pages as a rather lonely romantic.

There is a coy (and brave) mention of a love-affair she herself had, which ‘rocked my marriage to its foundations’, causing ‘appalling unhappiness on all sides’.

The lesson Jilly learnt was that Leo ‘would have been devastated if I’d left him’. Furthermore, ‘desires do not extinguish a happy marriage, they only strengthen it because you realise what you’ve got already is so much better for you’. 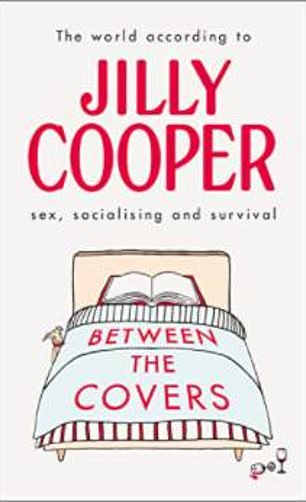 Possibly. But why doesn’t Jilly mention, in a new footnote, that it was Leo who betrayed her, when, in 1990, it was publicly revealed he’d been banging the dinner gong for years with a publisher? Why will she always persist in seeing things as rosy when they weren’t?

If Jilly’s views and philosophy on marriage seem so much wishful thinking and sentimental omission, that’s how it was a generation or so ago, and Jilly always makes the reader see through her eyes.

Her importance as a writer and personality, indeed, is that she recorded her life’s ups and downs with a keen sense of the dramatic that, when we read her, makes it seem that she is confiding in her best friends.

‘The greatest compliment you can pay an author,’ says Jilly, ‘is to read and re-read all their books until they fall to pieces.’

I hope she is pleased my paper-backs of her non-fiction, Jolly Super, Jolly Super Too, Super Cooper, and the rest, are dog-eared by now. She is simply a legend.