ONE in seven Help to Buy homes loses its value even when property prices in the local area soar, according to new research.

Figures obtained by consumer group Which? show that 5,000 homeowners that used the government loan to get on the property ladder made a loss in the first six years of the scheme. 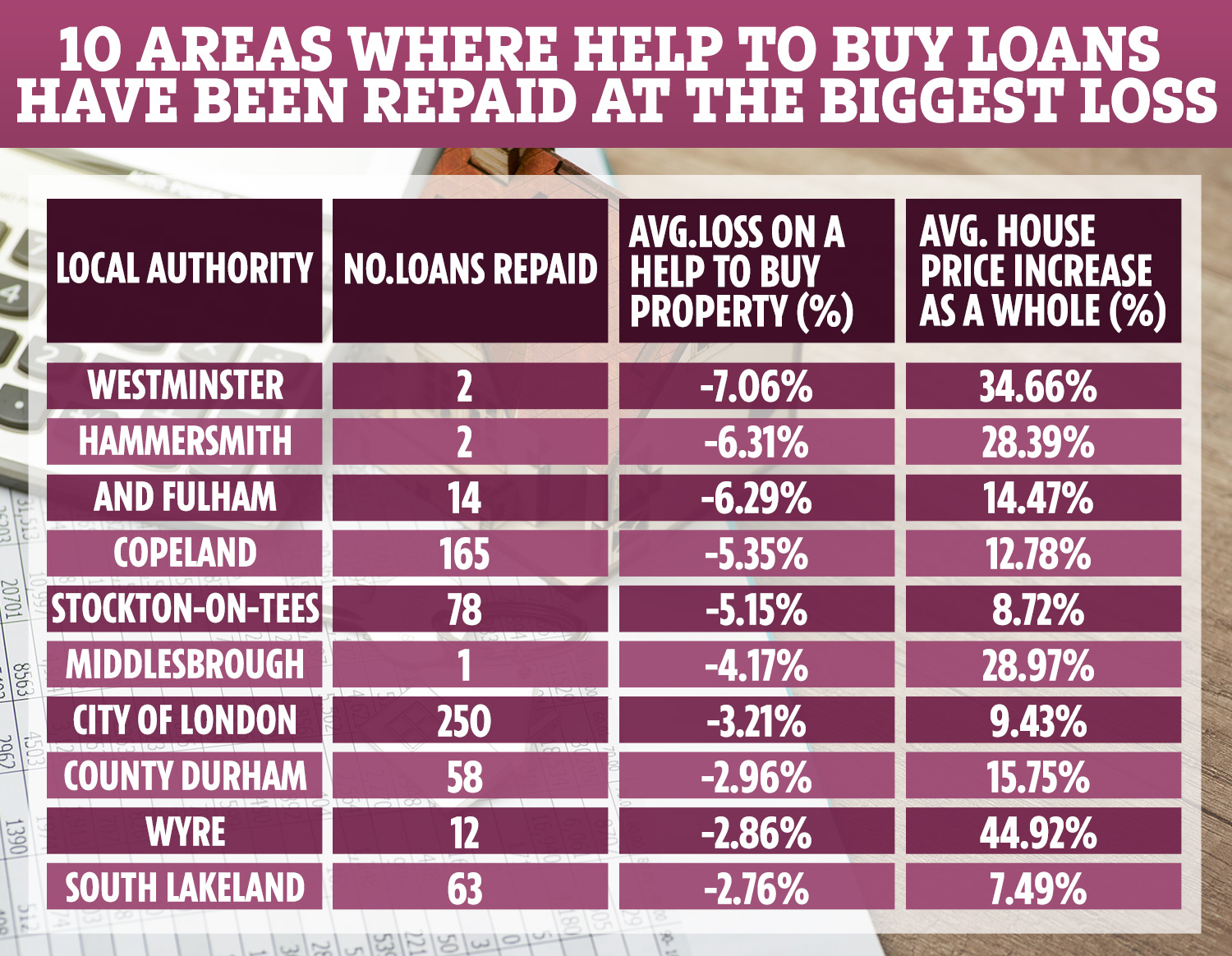 The Help to Buy equity loan scheme was launched in 2013, and allows buyers to borrow up to 20 per cent of the property's value – or 40 per cent in London – to lower the mortgage.

The loan is only available on certain new-build properties, but it means first-time buyers can purchase their first home with a 5 per cent deposit.

It's interest-free for the first five years, but what you repay is based on your property's value when you come to repay.

The idea is that you would have built up enough equity in the property to add the loan onto your mortgage when you come to remortgage – or you can pay it off with cash.

What help is out there for first-time buyers?

GETTING on the property ladder can feel like a daunting task but there are schemes out there to help first-time buyers have their own home.

Help to Buy Isa – It's a tax-free savings account where for every £200 you save, the Government will add an extra £50. But there's a maximum limit of £3,000 which is paid to your solicitor when you move. These accounts have now closed to new applicants but those who already hold one have until November 2029 to use it.

Help to Buy equity loan – The Government will lend you up to 20 per cent of the home's value – or 40 per cent in London – after you've put down a five per cent deposit. The loan is on top of a normal mortgage but it can only be used to buy a new build property.

Lifetime Isa – This is another Government scheme that gives anyone aged 18 to 39 the chance to save tax-free and get a bonus of up to £32,000 towards their first home. You can save up to £4,000 a year and the Government will add 25 per cent on top.

"First dibs" in London – London Mayor Sadiq Khan is working on a scheme that will restrict sales of all new-build homes in the capital up to £350,000 to UK buyers for three months before any overseas marketing can take place.

Starter Home Initiative – A Government scheme that will see 200,000 new-build homes in England sold to first-time buyers with a 20 per cent discount by 2020. To receive updates on the progress of these homes you can register your interest on the Starter Homes website.

Out of 35,000 homeowners who'd paid back their equity loan in England by the end of June last year, 14 per cent paid back less than what they borrowed, a freedom of information request to Homes England found.

Repaying less isn't as good as it sounds because it means that you're not building up much equity in the property.

This can be a problem when you sell it, particularly when it comes to being able to afford a place in the local area if surrounding property prices have increased.

Which? looked at all 324 local authorities in England where loans have been repaid and found recorded losses in 26 areas.

It then compared these areas to average property prices in the local region recorded on the Land Registry and found that they rose by more than 10 per cent in 21 of the areas.

Homeowners in Westminster, London, suffered the biggest loss when paying back their loan, losing 7.06 per cent compared to what they had borrowed.

It's not just London buyers either – those who used the scheme in Copeland, Cumbria, made the third biggest loss of 6.29 per cent despite local house prices rising by 14.47 per cent.

Buyers in Stockton-on-Tees ended up paying back 5.35 percent less on their Help to Buy loans, even though the property prices in the local areas rose by 12.78 per cent.

It's long been reported that Help to Buy homes are sold at a premium – by up to 22 per cent – increasing the developers' profits.

Although the scheme is open to anyone who doesn't already own their home, the aim is to boost the number of first-time buyers gaining homeownership.

It's certainly achieved this so far, as by the end of 2019, 214,000 first-time buyers in England had bought a home using the scheme

"However, the extra borrowing power granted by Help to Buy equity loans has enabled ever-increasing price points rather than forcing developers to build homes that are affordable in the first place," says Which?.

"Couple this with the Public Accounts Committee’s finding that the government (and taxpayer) may make a small loss on repaid loans once inflation has been factored in, and it is reasonable to argue that house builders have benefited the most."

The Help to Buy scheme is due to come to an end in 2021, although it's been extended for first-time buyers until 2023.

Earlier this year, we reported how an error with the scheme meant that thousands of homeowners were in arrears in repayments due to a string of "administrative errors".

Although new research reveals that taking out the loan on the wrong day could cost first-time buyers £4,765.