PARIS — After being closed for seven months due to the coronavirus pandemic, the Paris restaurant scene is back with a vengeance.

Top chefs have taken advantage of the lockdown period to work on new street food concepts designed to appeal to a local clientele, in the absence of a large portion of the French capital’s usual foreign visitors.

In a sign of the shakeup in the traditional ranks of French gastronomy, 39-year-old chef Jean Imbert was named last week as head chef of the Plaza Athénée hotel, succeeding industry legend Alain Ducasse, who had held the post for 20 years.

The winner of the French edition of “Top Chef” in 2012, Imbert runs two ventures with musician Pharrell Williams: Swan in Miami, and To Share in Saint-Tropez in the south of France. Later this year, he will open a restaurant inside Dior’s renovated headquarters on Avenue Montaigne in Paris.

Paris Society, meanwhile, has launched its new Italian trattoria Bambini at the Palais de Tokyo, in addition to a rooftop bar and restaurant at new concept store Sacré Coeur, offering Italian-Mexican tapas, courtesy of resident chefs Lorenzo Rennella and Pepe Iglesias. Here is a selection of new places to check out in Paris: 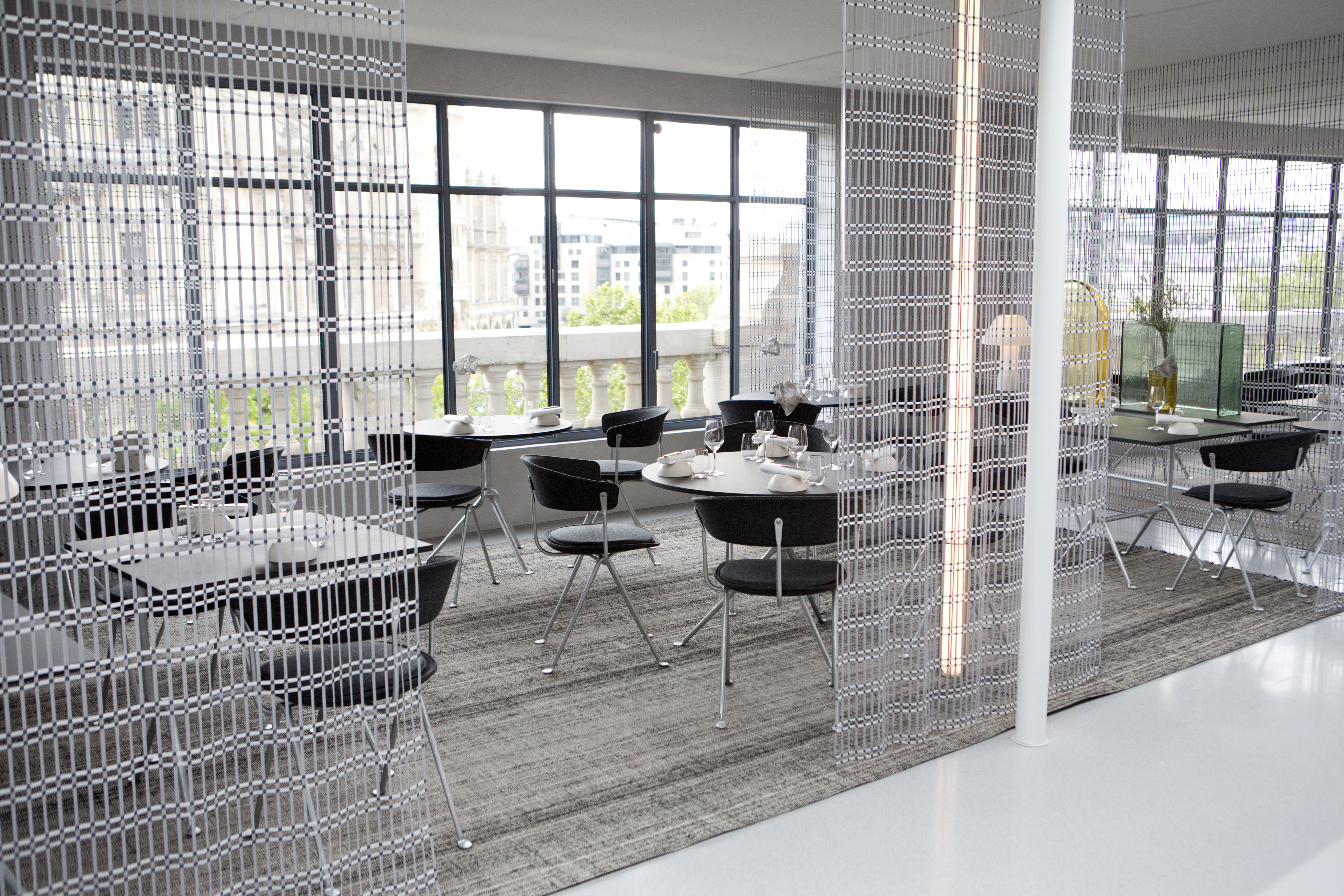 For the restaurant of his new Bourse de Commerce contemporary art museum in Paris, billionaire François Pinault tapped award-winning father-and-son duo Michel and Sébastien Bras, whose concept for the Halle aux Grains was inspired by the building’s origins as a grain exchange.

Originally from Laguiole in the sparsely populated Aubrac region of southern France, they specialize in contemporary cuisine based on seasonal, local ingredients.

“With every project that we’ve taken on, whether on the Millau viaduct or at the Soulages Museum in Rodez, we always want to create a menu that is linked to the history of the place, and here of course, there was this very strong link with cereals, so that became the common thread,” Sébastien Bras told WWD.

The cooks worked with every variety of grains and seeds — including amaranth, kamut, fava bean, alfalfa, millet, barley and flax. “We tasted it, sprouted it, grilled it, puffed it, infused it, fermented it and cooked it in a thousand ways in order to compose this new script,” said Michel Bras.

The menu also includes a new take on his signature “coulant au chocolat,” a warm biscuit with a liquid chocolate center, paired here with a toasted oat ice cream.

For the interior, industrial designers Ronan and Erwan Bouroullec used wrought iron for tables, seating and lamps, and punctuated the space with thick green and brown glassware produced near Venice, Italy. Openwork curtains are made from guipure fabric, borrowed from the world of haute couture.

“It’s extremely comfortable, but the language is fairly new,” Ronan Bouroullec explained. “It looks quite contemporary, raw and direct, but at the same time, there’s a real softness.” Pinault has his own private dining room at the venue, which could rapidly become the city’s ultimate power lunch table. 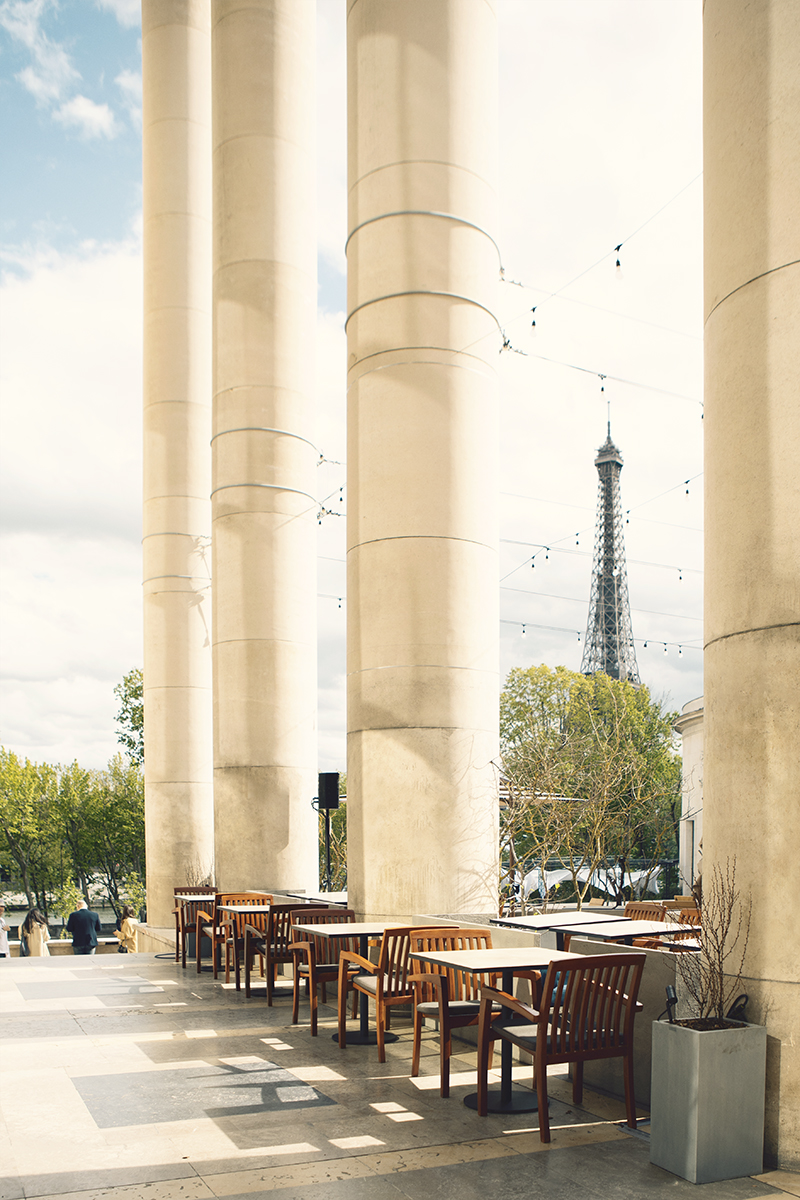 After opening two restaurants on the roof of Galeries Lafayette — vegetarian eatery Creatures and fish spot Tortuga — Julien Sebbag is allowing meat onto the menu with Forest, his latest concept opened in partnership with Moma Group on the esplanade of the Paris Museum of Modern Art, complete with a view of the Eiffel Tower.

“Forest is an experimental venue that tries to respect a fundamental ethic: eco-responsibility. We see it as a kind of post-apocalyptic forest, in the near future, where nature is trying to reclaim its rightful place. In all humility, we try to support it with dishes that favor recycling, locally sourced food and a real celebration of craftsmanship,” Sebbag said.

Among the dishes coming out of the open kitchen are oyster mushrooms flambéed with Mezcal Unión; asparagus and pea salad, and a carpaccio of colored zucchini with kalamata olives. Cocktails, developed in partnership with vodka brand Belvedere, spotlight fermented ingredients.

Sebbag has tapped Dorion Fiszel as artistic director, in charge of musical entertainment at the restaurant, which will move indoors come fall. 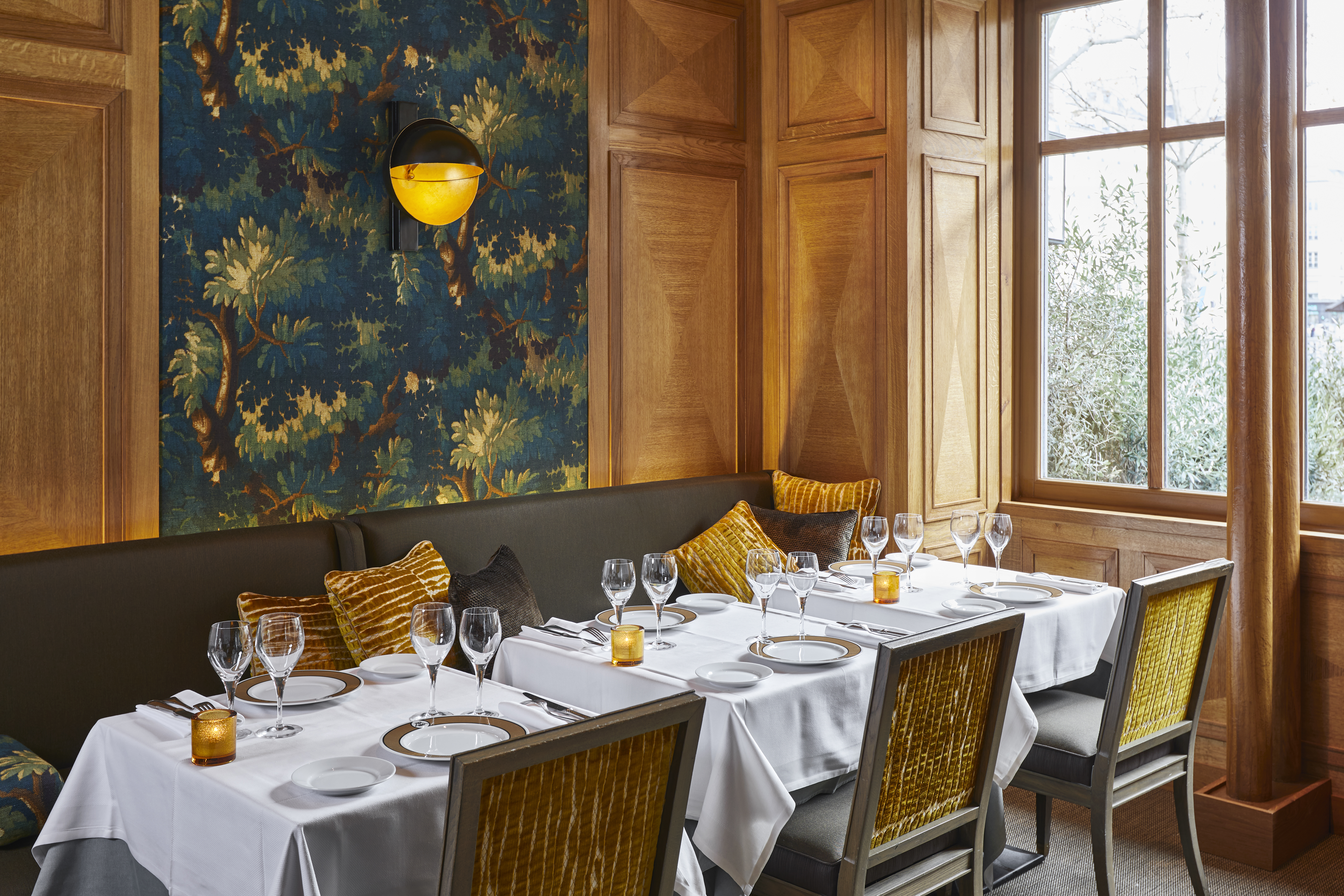 As it prepares to celebrate its 90th anniversary next year, truffle specialist La Maison de la Truffe has tapped fashion designer Alexis Mabille to freshen up its historic store and restaurant on Place de la Madeleine. Mabille, whose interior design firm Beau Bow is also behind the décor of Froufrou and famed cabaret Le Boeuf sur le Toit, opted for a warm design inspired by nature.

“Wood, stone and plants evoke an enveloping, comforting woodland undergrowth. Waxed oak marquetry creates optical effects. Paneling opens windows onto lush tapestries, slats of glass and exposed stone, as if this Parisian salon were located in the heart of a lush forest,” the designer said.

Founded in 1932 by truffle brokers from the town of Carpentras, Maison de la Truffe added a tasting space in 1978. Now owned by the Caviar Kaspia Group, it also sells fresh and preserved truffles, in addition to flavored condiments, olive oils, cheeses, sauces and foie gras.

Dior to Open Restaurant in Paris With Chef Jean Imbert

How Alexis Mabille Helped a Paris Institution Regain Its Luster