Senator Lindsey Graham took to Twitter on Thursday to show off a video of himself firing an AR-15, and not surprisingly, it’s drawing immediate backlash and condemnation — most notably from Parkland dad Fred Guttenberg, whose daughter Jaime was killed by the same model gun in the 2018 mass shooting that took place at Marjory Stoneman Douglas High School in Parkland, Florida. 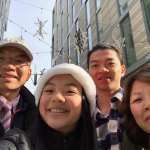 
As an Asian American Gun-Violence Survivor, I'm Not So Shocked by the Latest Attacks

“Today, @LindseyGrahamSC showed off with the weapon used to kill my daughter and the weapon of choice for mass murderers,” Guttenberg wrote. “Today, Lindsey will cost lives. Lindsey, all future mass murderers are paying attention to you and you just showed them what to use.” The 19-year-old gunman at Marjory Stoneman Douglas used an AR-15 in the attack that killed 17 and wounded 17 others.

Graham’s post was part of a long thread where he tried to justify and answer the question, “Now, why would anybody need to own an AR-15?” It comes on the heels of an alarming rise in mass shooting events in the U.S.; the most recent of which took place just two days ago in Orange, California, taking the lives of four people — including a 9-year-old child.

Wednesday’s shooting in California was the third mass shooting event that took place in the month of March, marking a rise to the return of gunfire that had been temporarily halted by an increase in COVID-related lockdowns. All told, 22 people lost their lives during those three attacks. But please, tell us again, Senator, why it’s important for people to own these guns?

In addition to Guttenberg, Graham’s post prompted other parents who have lost their children to gun violence to condemn the senator’s actions.

Sandy Phillips, whose daughter was killed in the 2012 mass shooting that took place in an Aurora, Colorado, movie theater, went into great detail about what her daughter experienced before her death.

And Change the Ref, an organization created by the parents of Joaquin Oliver, another student killed during the shooting in Parkland, posted that the gun that Graham was using in the 15-second clip is also the same one responsible for the killings in Orlando, Sandy Hook, the Tree of Life Synagogue, and more.

So we agree with the senator’s original question, why would anybody need to own an AR-15?