Removing alcohol from Parliament won’t solve its toxic culture, but it should be part of the approach.

Liberal parliamentarians Dr Katie Allen MP and Senator Sarah Henderson have raised the possibility of alcohol being restricted or banned at Parliament House. This comes off the back of many weeks of reporting of sexual assault, harassment and disrespectful attitudes and behaviours towards women at the “people’s house”. 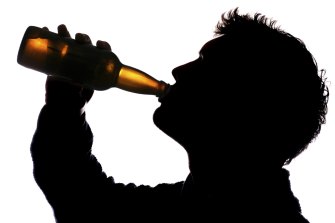 The drinking culture at Parliament House is putting staff at risk.

As we learn about the depth of the problem, Australians are rightfully outraged and calling for action. It is clear that a range of measures are immediately needed to address the toxic culture that exists in Parliament.

This must first focus on ensuring there are safe avenues for complaints, zero tolerance for harassment and violence and clear avenues for how we increase gender equality so that more women are in positions of power. We also need to listen to women in Parliament, hear what they are saying and consider the range of proposals they are putting forward, which includes the alcohol policies being recommended by Dr Allen and Senator Henderson.

Policies that target alcohol use alone will not single-handedly fix the issue. But they are an important part of the many actions needed to address the unsafe workplace that exists.

It is no secret that Parliament House has a problem with alcohol. Risky alcohol use is highly normalised and prevalent at events, in meetings and even in offices when people are working a long sitting day. Alcohol lobby groups also frequently host events where a free bar is provided.

The Sex Discrimination Commissioner’s [email protected]: Sexual Harassment National Inquiry Report – released in 2020 – makes clear that “gender inequality is a ‘root cause’ of violence against women, of which sexual harassment is one form”.

The report also raises the connection between alcohol use and sexual violence. The report says that the “effective prevention of sexual harassment will also require workplaces to consider and address a range of cultural and systemic factors”, which includes “how access to alcohol, especially at work social events, may increase the risk of workplace sexual harassment”.

Too often, alcohol is used to excuse violence, which should never be the case. Alcohol use can also increase the severity and frequency of violence against women, including sexual violence. A drinking culture is not the whole picture, but it is part of it.

The Work Health and Safety Act provides that employers have a duty of care to provide a safe workplace for their employees. Many workplaces have alcohol policies for this reason. BHP, for instance, expects that its employees are alcohol-free and also undertake random alcohol and drug testing. The ACT Public Service “prohibits drinking alcohol while on duty or on government premises without prior approval of the appropriate delegate”.

The Department of Prime Minister and Cabinet says that employees “limit their consumption of alcohol to a level where the alcohol does not impede or adversely affect their safety (or the safety of others), capacity or behaviour”.

In most workplaces, there is an expectation that people do not drink alcohol at all. This expectation exists because we know alcohol affects a person’s capacity to process information, make decisions and communicate. If there is a serious effort to address the problematic drinking culture in Parliament, an approach that targets the entire workplace is needed.

There is no reason why alcoholic products should be used while people are engaging in parliamentary business, whether they are in the chamber, in their offices, in meetings or at events. A policy is needed to provide clear parameters relating to alcohol use and the prevention of harm. Alongside this, training is needed to ensure that staff are aware of the policy and that leaders are equipped to address any issues that arise. Access to supports including counselling, treatment and rehabilitation are also needed for people who may identify a problem with alcohol.

Former Prime Minister Bob Hawke, well known for his beer-drinking, swore off alcohol while in the top job. When asked about his alcohol use, Hawke said: “I never had a drop for the whole period I was prime minister. If you are going to become prime minister of this country, you cannot be in a position where you can make a fool of yourself in front of the country”.

We are well beyond the point of people making fools of themselves in front of the country. We are now at a point where people are at serious risk of harm. Ensuring that alcohol is not being used at work by the people who govern our nation is one of a raft of measures that must be considered to ensure the health and safety of all who work in Parliament.

Caterina Giorgi is CEO of the Foundation for Alcohol Research and Education (FARE).