Home » Lifestyle » People in France, Germany, and the UK are turning down the AstraZeneca vaccine because they want the Pfizer one instead, reports say

People in France, Germany, and the UK are turning down the AstraZeneca vaccine because they want the Pfizer one instead, reports say

People receiving vaccines in the UK, France, and Germany are complicating the rollouts by trying to insist on receiving a particular shot, according to numerous reports.

In continental Europe, officials have pointed to unfilled appointments and empty vaccination hubs when the AstraZeneca dose is on offer.

The resistance appears to stem from trial data which suggested that the vaccine is less effective than shots made by Pfizer, the other vaccine being widely used in Europe.

In the UK, reports are more mixed, with anecdotal reports of some people insisting on the Pfizer jab, while others push for the the AstraZeneca one, citing its local credentials.

In the UK, the picture is more complicated. According to The Washington Post, some Britons are canceling and rebooking vaccination appointments to secure the Pfizer shot. 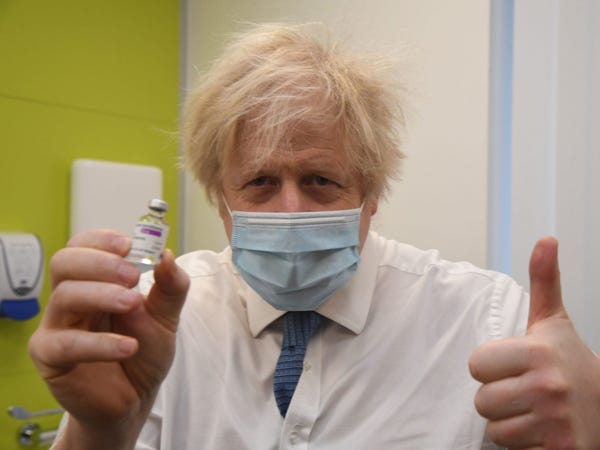 The outlet said the strategy was based on rumors and insider information about which centres have what doses.

It also pointed to the opposite phenomenon — people insisting on getting the AstraZeneca shot because AstraZeneca is jointly headquartered in the UK, and developed its vaccine alongside the University of Oxford.

Differences in data on efficacy

The dynamic appears largely shaped by data from the Phase 3 trials of both vaccines.

British regulators now put the efficacy of the vaccine at 70%, The Washington Post reported, and the European Medicines Agency at 60%.

Compared with the reported 95% efficacy of the Pfizer vaccine in its trials, it would be easy to believe that the AstraZeneca vaccine does not perform as well.

However, Andrew Pollard, the lead scientist on the AstraZeneca vaccine development, told the Post that figures are not directly comparable.

“Unless you run the [Pfizer and AstraZeneca] trials head-to-head, you don’t really know whether a 95 percent figure on trial and 62 percent in another trial mean the same thing,” Pollard told The Washington Post.

Results from such a head-to-head trial should be available soon, he said.

Both the Pfizer and AstraZeneca vaccines “give very high protection against severe disease” and appear to “have good safety profiles” said the UK’s Joint Committee on Vaccination and Immunisation, where Pollard is a lead scientist.

Pollard told the Post that he would personally “have whichever vaccine offered”.

Real-world data in countries where the vaccines have been rolled out, such as Israel and the UK, are starting to provide more clarity on the vaccines effectiveness.