People reveal things they've done to get attention from their crush

At least they tried! Lovesick singletons share the embarrassing things they’ve done while wooing their crush – from getting nipple piercings to creating a fake Facebook account

Romantics across the globe have confessed to the most embarrassing things they have done to get their crush’s attention.

Taking to anonymous confessions app Whisper, one woman – believed to be British – was left ‘bleeding badly’ after purposefully falling over in front of her love interest and mistakenly injuring herself.

Elsewhere, an individual from California, confessed they once made a fake Facebook profile and pretended they were in a relationship to try and make their crush feel jealous

Meanwhile, a man who lives in Arizona, revealed that he once went to extreme lengths to turn his suitor’s head – getting very painful nipple piercings to impress the woman working in the tattoo shop. 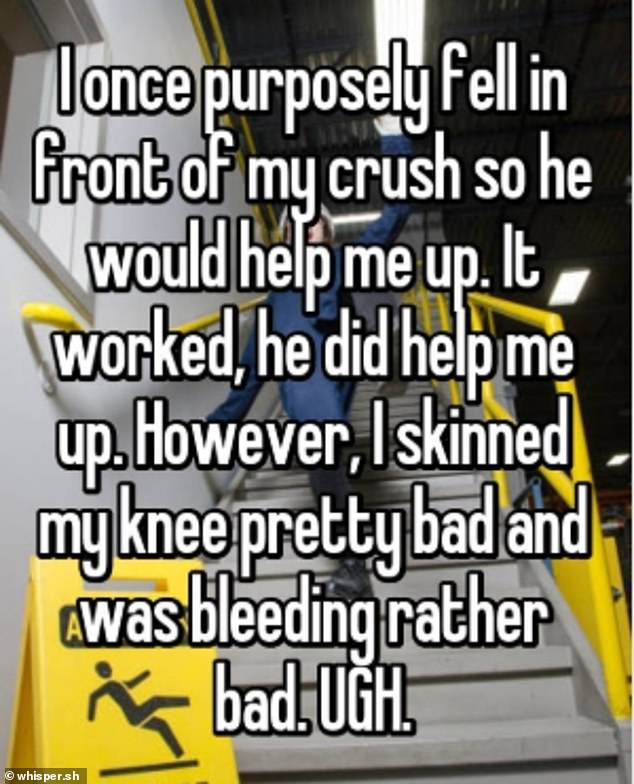 People from around the world revealed the mortifying things they’ve done to impress their crush, including. Speaking candidly, one person who is believed to be from the UK, confessed she pretended to fall down to get her crush’s attention but skimmed her knee in the process ‘bleeding badly’ 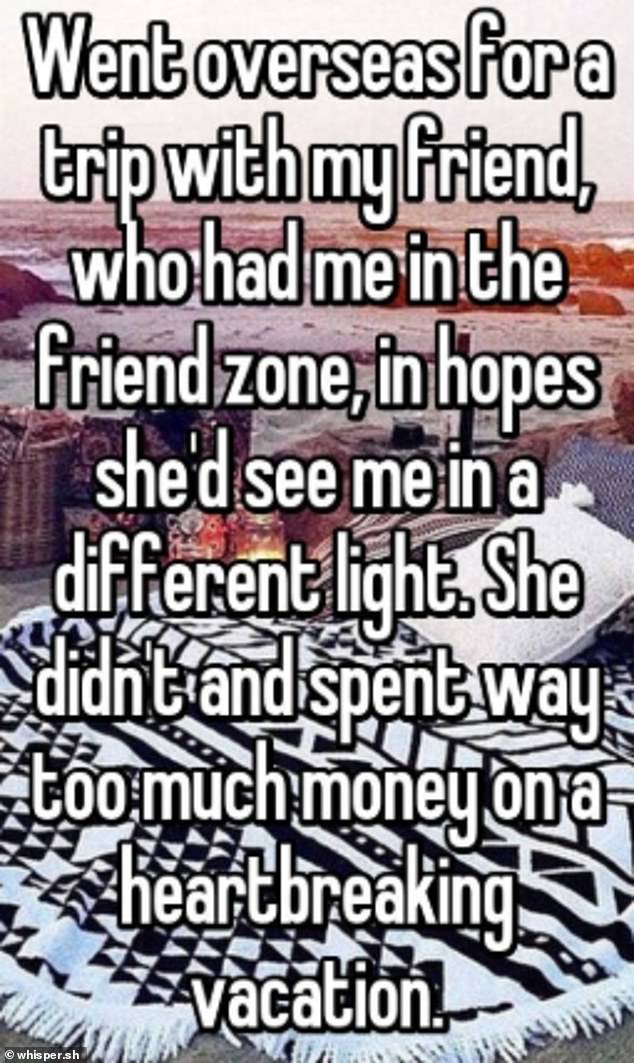 Meanwhile, a man from America spent his savings travelling abroad with a friend in the hopes of starting a relationship – before realising he was firmly in the friend zone 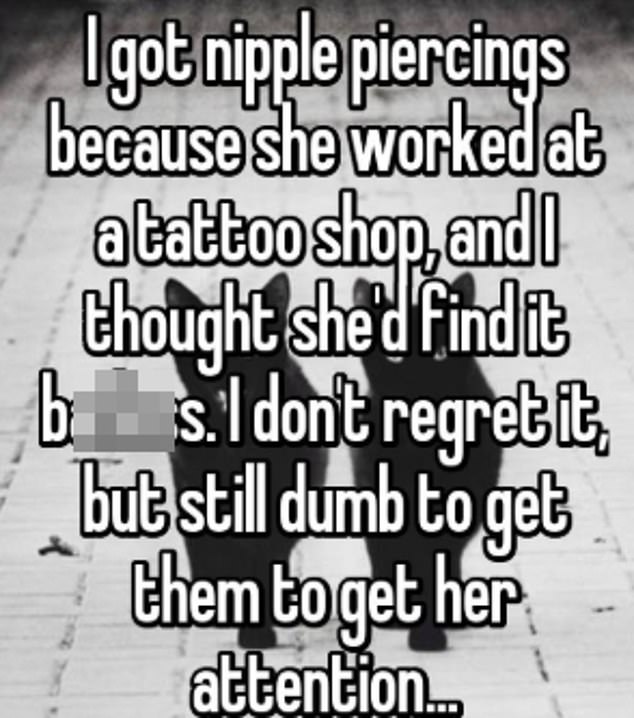 A man who lives in Arizona, revealed that he once went to extreme lengths to turn his suitor’s head – getting very painful nipple piercings to impress the woman working in the tattoo shop 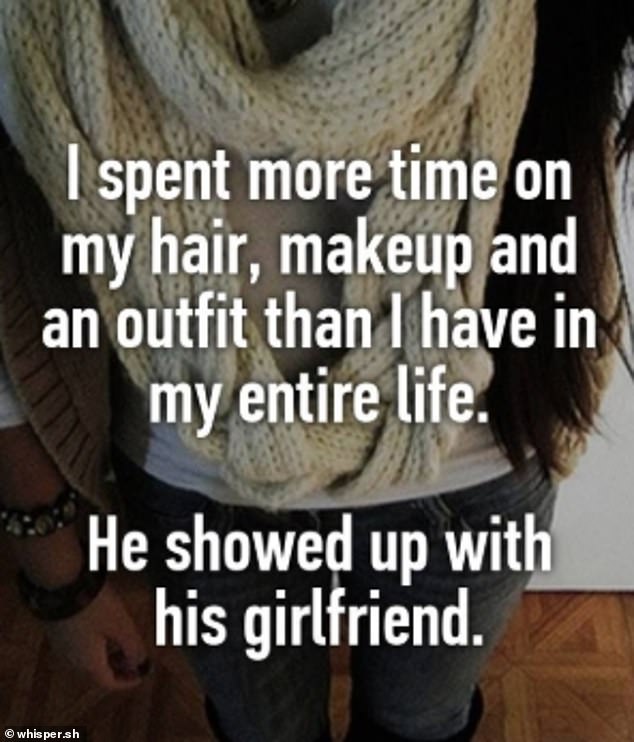 An woman from Ohio said she once splurged ‘more money than she had done in her life’ on her hair, makeup and outfit – only to later discover that her crush already had a girlfriend 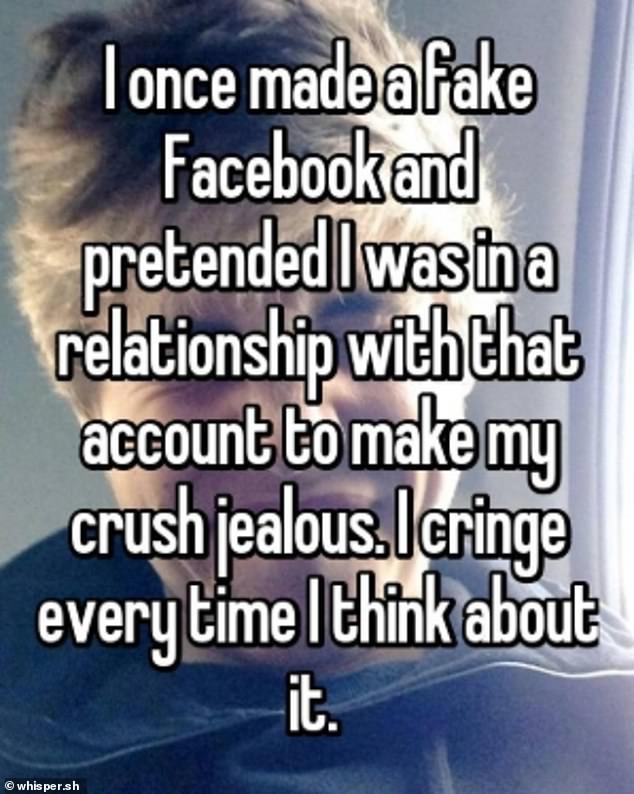 Another individual from California, confessed they once made a fake Facebook profile and pretended they were in a relationship to try and make their crush feel jealous 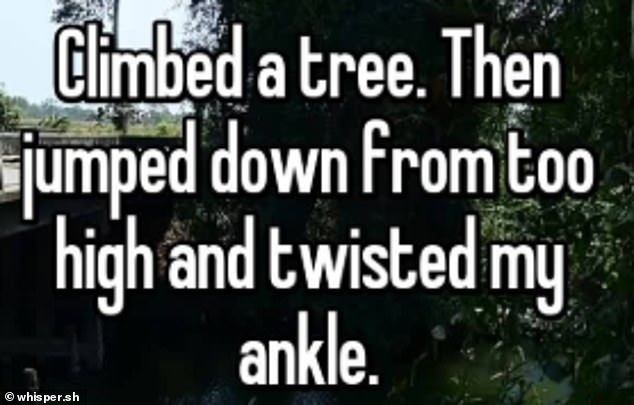 And an anonymous contributor revealed they once damaged their ankle, while trying to climb a tree to impress their crush 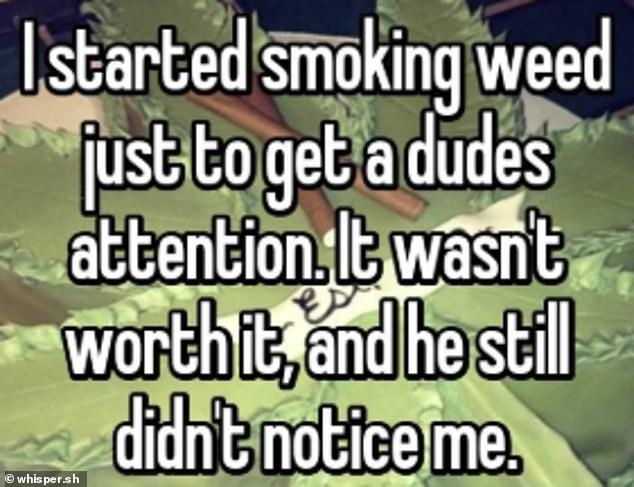 Elsewhere, a woman believed to be from America, confessed she started smoking marijuana to get her crush’s attention but didn’t succeed 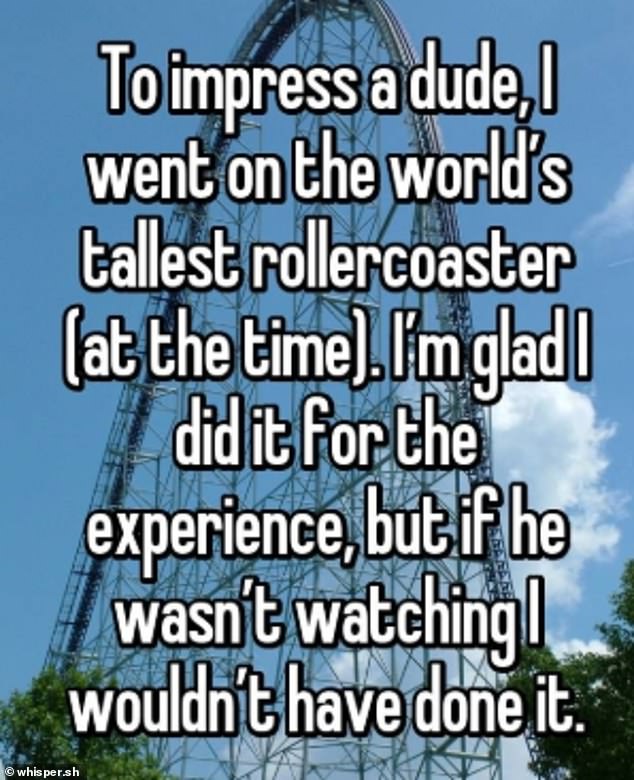 Another woman from New Jersey, revealed she wouldn’t have gone on the world’s tallest rollercoaster if she hadn’t been trying to impress her crush 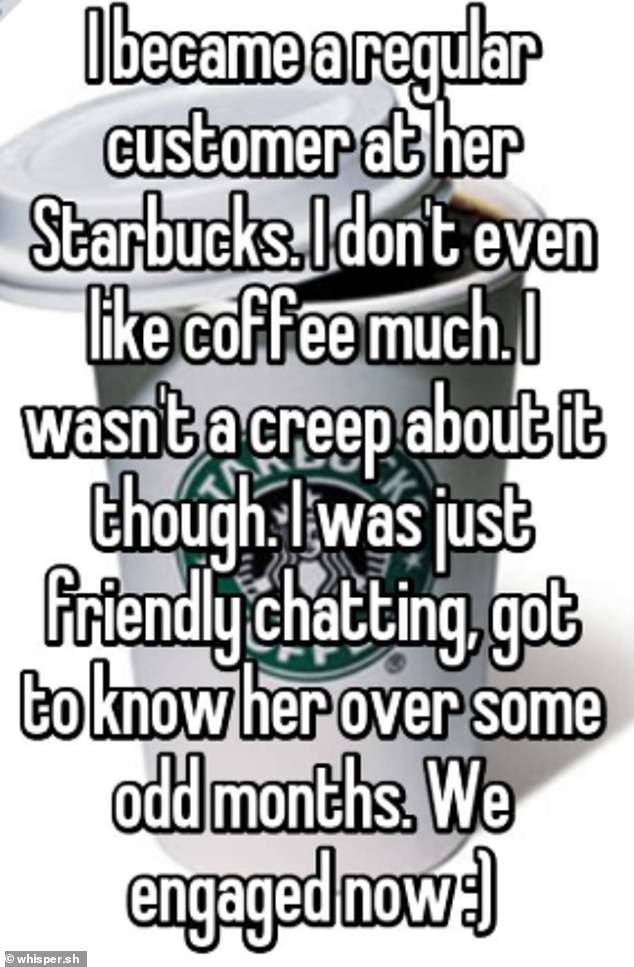 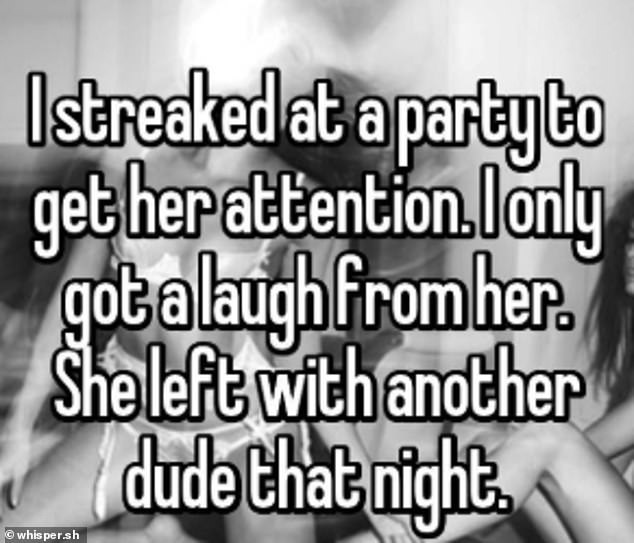 A man believed to be from America, said he streaked at a party to impress a girl – but his assets clearly didn’t impress her as she still left with another guy 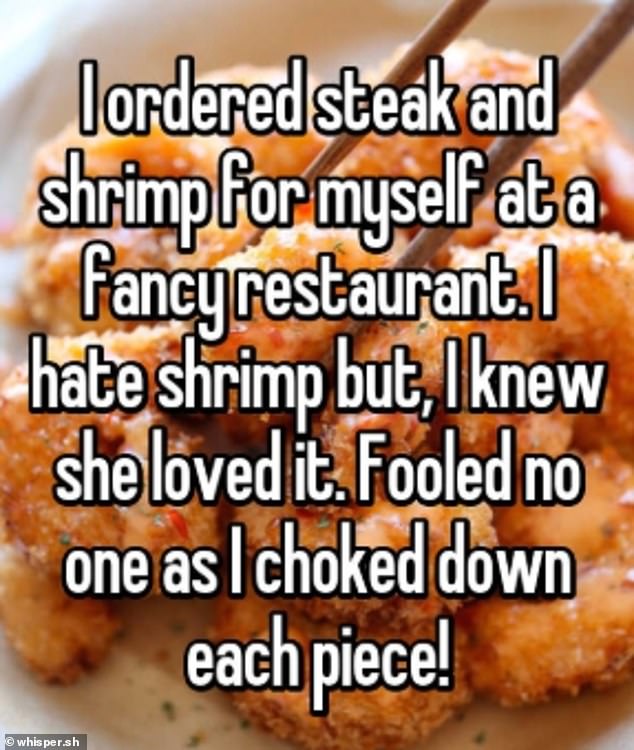 Another man, who lives in Connecticut, admits he struggled to fool his crush into believing that he enjoys shrimp after he ‘choked down every piece’ 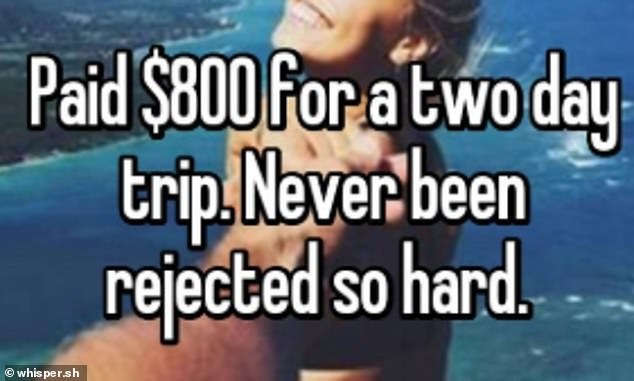 A painful mistake! An individual from America, reflected on spending $800 on a trip with their crush – only to be rejected