Home » Lifestyle » People show off their remarkable resemblance to their grandparents

People show off their remarkable resemblance to their grandparents

Social media users are sharing lookalike images of themselves and their grandparents – and the cross-generational resemblance is uncanny.

The trend was started by a user from Los Angeles, California, who uploaded side-by-side images of herself and her grandmother to show just how similar the two look.

Shelby Contra, 23, found a photo of her beloved grandma that was taken in 1971 when she was 25-years-old and decided to recreate the image, copying everything from her outfit to her hairstyle, to further enhance their similarities. 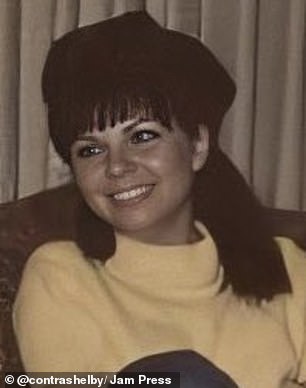 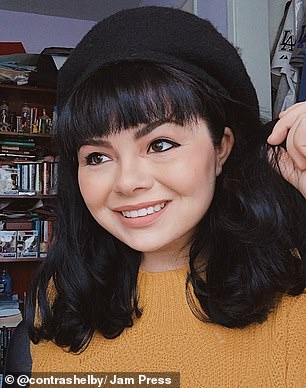 Identical! LA-based Twitter user Shelby Contra (right) sparked a viral trend after sharing lookalike images of herself and her grandma (left) to show how similar the two of them look 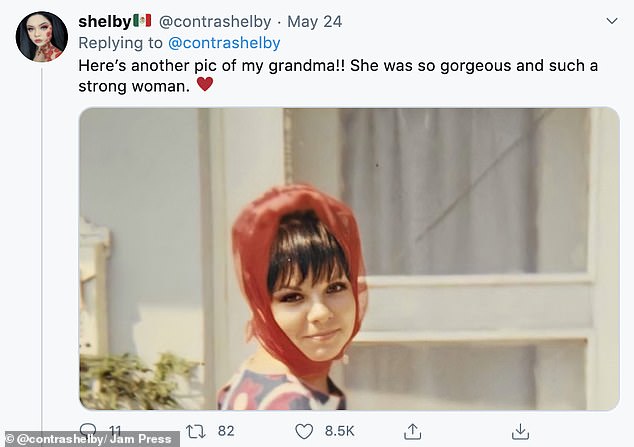 Beauty: After posting the lookalike photos, Shelby revealed that she had stumbled across the old images of her grandmother on Facebook and decided to recreate one of her looks

Shelby explained that her grandmother passed away from carcinoid cancer in 1998, however the LA resident only recently stumbled across the old image of her when shew as looking through photos on Facebook.

She then decided to recreate her grandmother’s signature makeup look and clothing and posted a side-by-side photo showing just how similar they look.

‘Grandma’s genes really hit copy n paste huh,’ she captioned the tweet, which features the image of her grandmother, and a recent photo of her, showing that the pair look almost identical.

The post has since gained over 556,200 likes as dozens of users shared photos of their striking resemblance to their grandparents.

Shelby admitted she looks more like her grandmother and great-grandmother than her own mother.

Speaking about the post, Shelby, who is an Instagram beauty content creator, said: ‘My grandma was 25 in this photo, it was taken in 1971 in her house in California at the time.

‘I’ve been meaning to recreate this photo ever since I cut my bangs myself during this quarantine, but I originally didn’t plan to even recreate the photo this day.

‘I was wearing my yellow jumper and I had my hat on from a previous makeup look I did, then as I was scrolling through my Facebook photos, I saw the old photo of my grandma and thought… why not try and recreate it and see what happens?

‘So, I did the same makeup look she was wearing, after all, I am a makeup artist.

‘Once I finished my look, I was absolutely shocked because it was just too freaky.

‘I definitely look more similar to my grandma and great grandmother.

‘When my mom was a teenager, she and her mother were very similar as well.

‘As confusing as it sounds, I don’t resemble my mom as much!’ 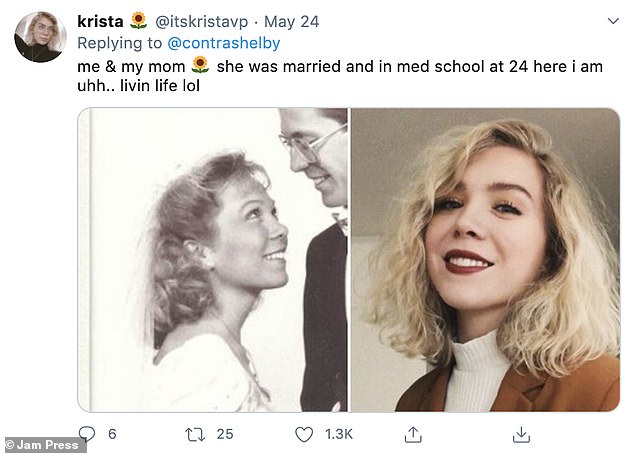 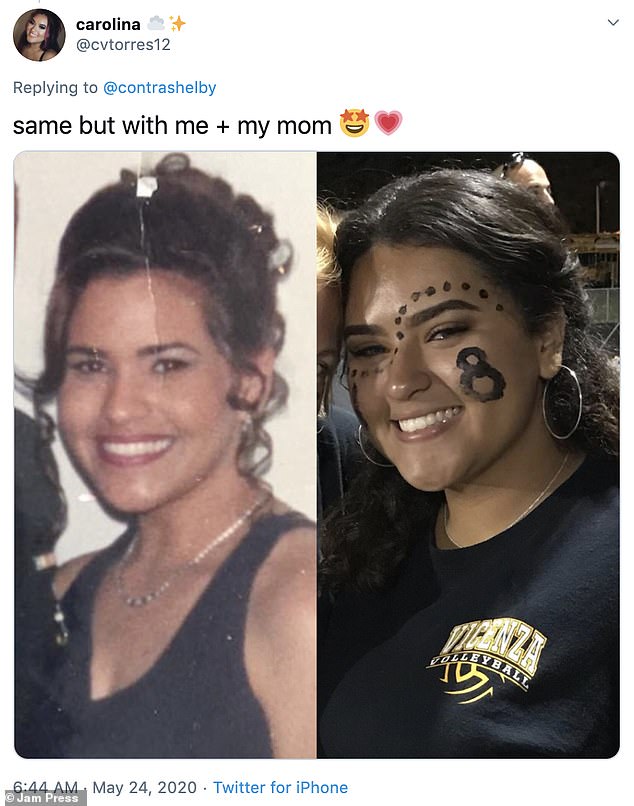 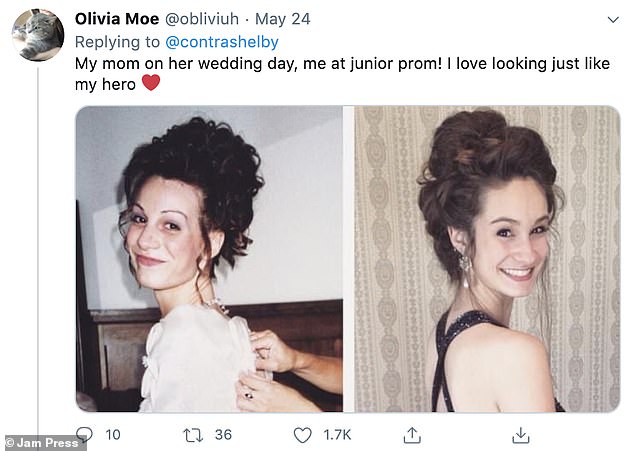 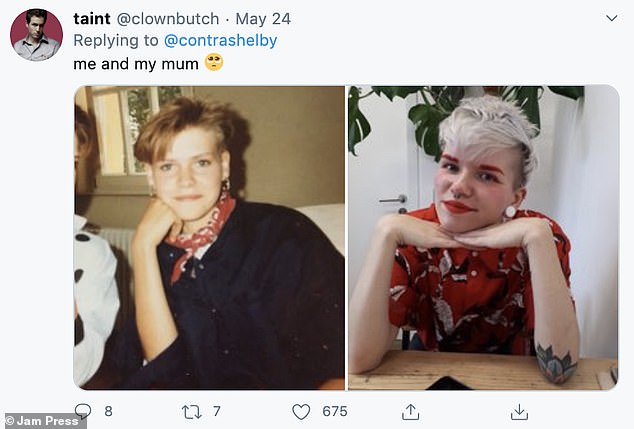 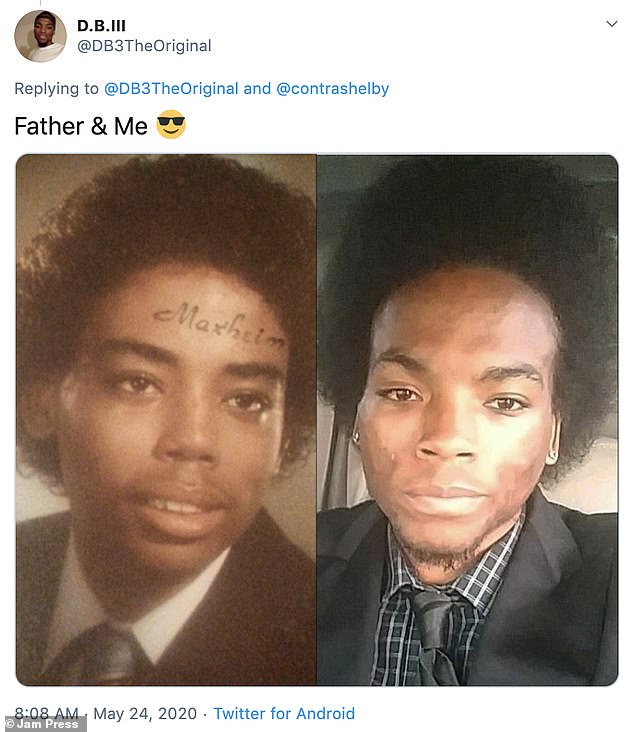 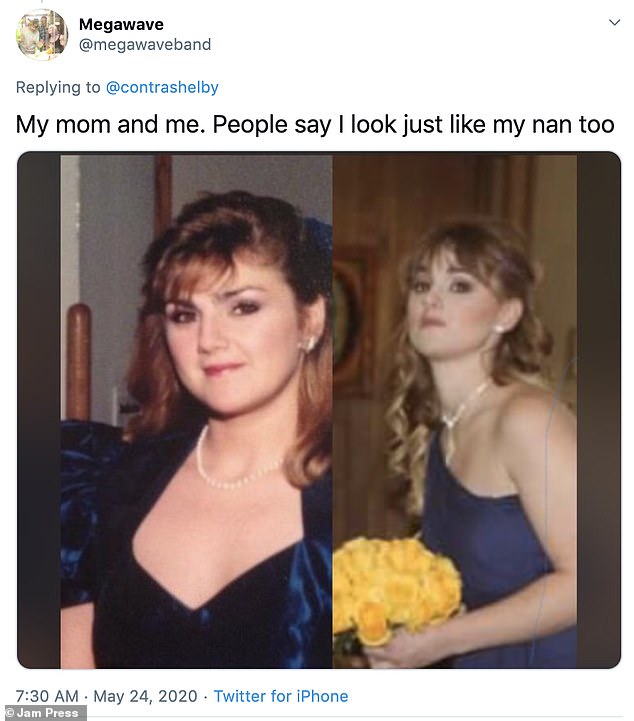 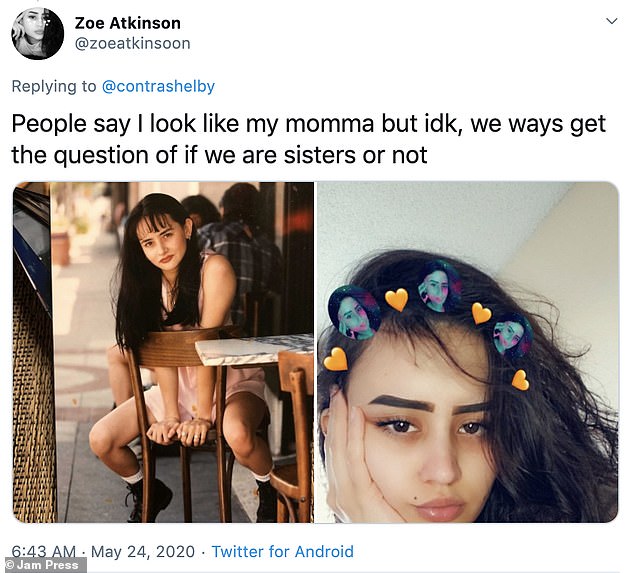 It’s not just grandparents! Other users – like Krista – chose to share side-by-side images of themselves and their parents, revealing an incredible resemblance 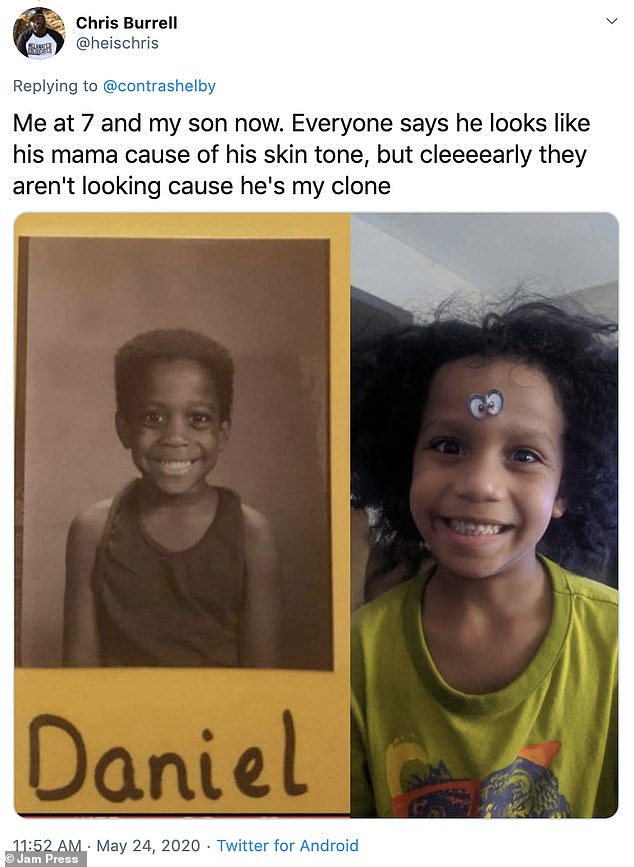 Twins! One man shared an image of himself as a child alongside a photo of his son, noting that many people remark on how much he looks like his mother – but that they are also very similar 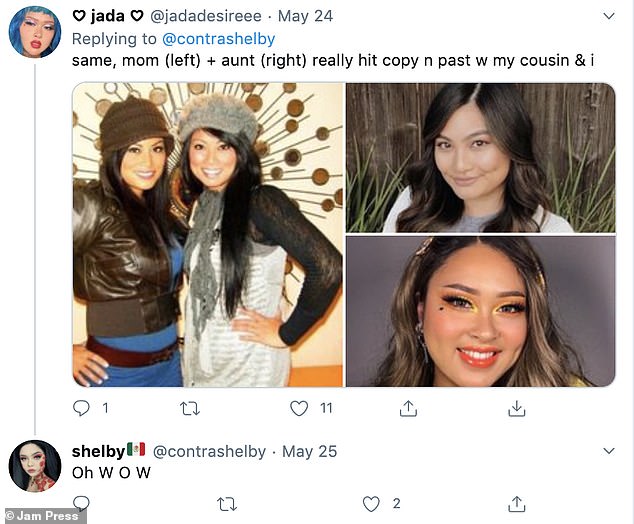 Twice as nice! Twitter user Jada revealed that both she and her cousin look identical to their respective mothers