People have to remember the Queen is 96 and not ‘invincible’ after recent mobility issues, Mike Tindall says – as he pays tribute to an ‘unbelievable lady’

The Queen’s grandson-in-law Mike Tindall says people think the monarch is ‘invincible’ – but they have to remember she is 96-years-old.

The former England rugby star, 43, who is married to Princess Anne’s daughter Zara, made the comments on Good Morning Britain today, during an appearance he made to talk about his yearly charity golf day which raises money for The Cure Parkinson’s Trust and The Matt Hampson Foundation.

Discussing the upcoming Platinum Jubilee celebrations, which will kick-off on Thursday, June 2, he said he was ‘looking forward to [them]’, adding that he had no specific role to play in the festivities.

Speaking about her Majesty, the father-of-three added: ‘I think the Queen is an unbelievable lady…I think people think she’s invincible sometimes, but you have to remember she’s a 96-year-old at the end of the day.

‘She’s incredible at what she’s done over her lifetime and I can’t wait to celebrate that.’ 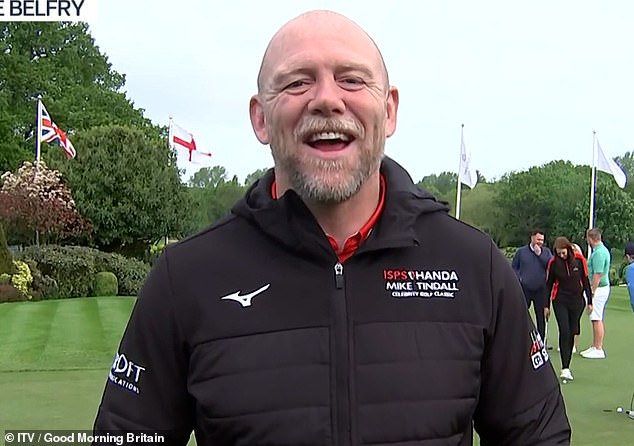 Mike Tindall, who is married to the Queen’s oldest grandchild Zara Philips, said people have to remember the ‘incredible’ Queen is 96-years-old, when he appeared on GMB today (pictured) 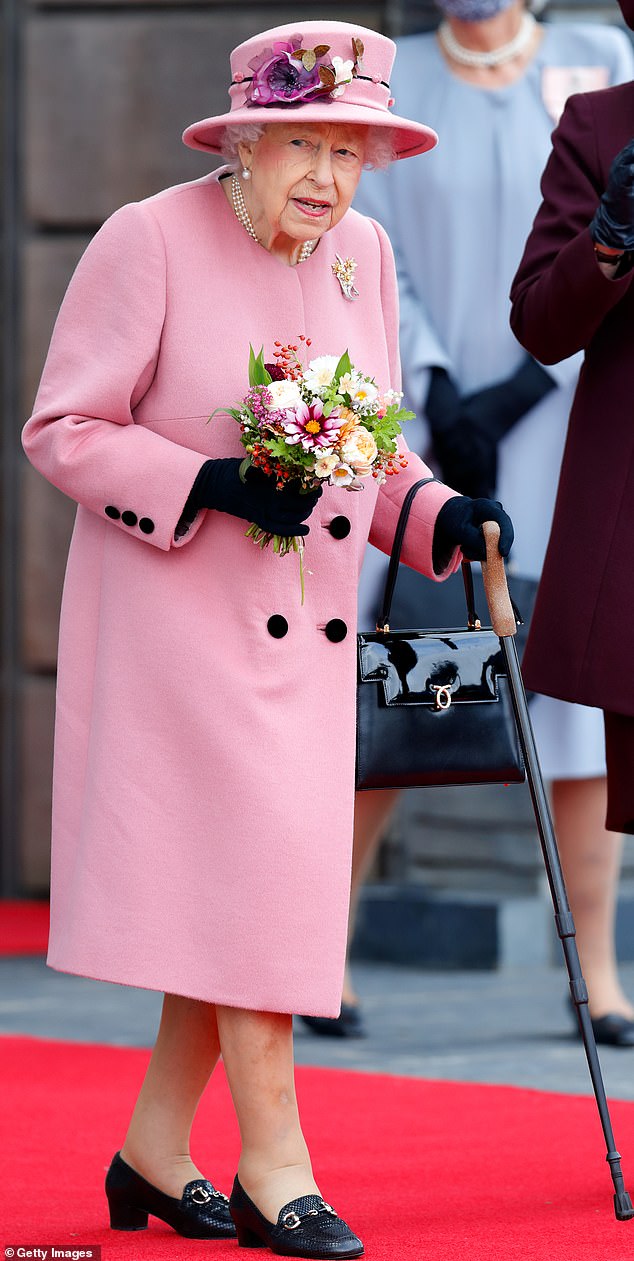 The Queen (pictured here in Wales in October 2021) has been praised by Mike Tindall, who said she is an ‘unbelievable lady’

The royal, who won 75 caps for England between 2000 and 2011, also addressed speculation that the Queen’s great grandchildren may make a special appearance ahead of the celebrations to mark the monarch’s milestone.

It has been reported that the youngsters, including Prince William and Kate Middleton’s three children, Prince George, Prince Louis, Princess Charlotte will make a rare public appearance together, riding in a horse-drawn carriage on May 15th, at the final performance of ‘Gallop Through History’ during the Royal Windsor Horse Show, which started yesterday.

This speculation follows the release last month of undated footage of George, Charlotte and Louis climbing into a horse-drawn carriage at Windsor Castle while their mother watched, which could have been a practice run for the event.

But Mike did not confirm or deny the speculation when GMB host Ben Sheppard asked about his daughters’ role.

He said: ‘I’m not entirely sure how true that is. I don’t know what their role is generally. If you know, can you tell me please?’

Ben Shephard probed further, saying: ‘We’re led to believe all the great grandkids will be in a coach together at some point, arriving at the Jubilee celebrations.

Mike responded: ‘I think someone took a photo of something we were doing privately and they’ve put two and two together and got seven. So I’m not entirely sure it’s true, but we’ll wait and see.’ 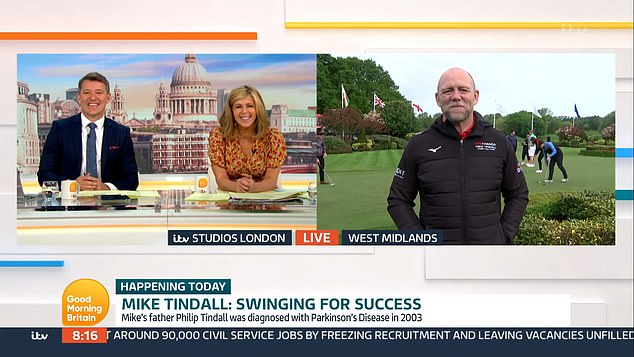 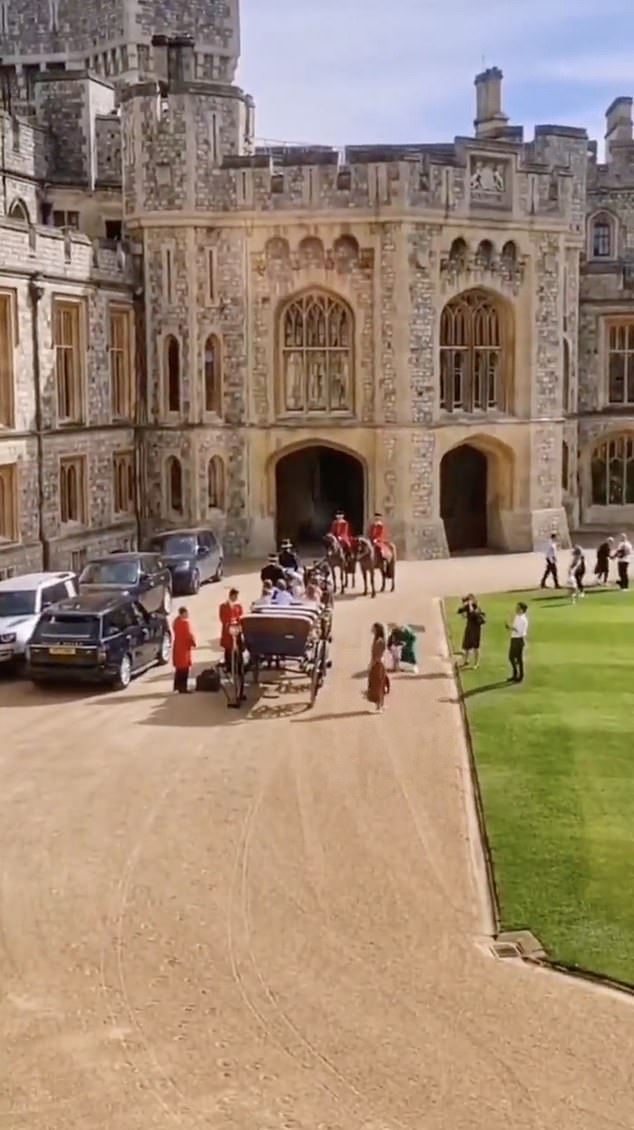 The footage Mike referenced was shared widely on social media earlier this month. It showed the Queen’s great grandchildren playing in a carriage at Windsor Castle alongside their parents.

Princess Eugenie, 32, appeared to be nearby, holding the hand of her son August, one, while he took some toddling steps on the gravel.

The clip also appeared to show other members of the royal family including Zara and Mike Tindall. It was unclear if their children, Mia, eight, Lena, three, and Lucas, one, were in attendance.

In the undated footage, it is not clear which of the Queen’s other 12 great-grandchildren were present, or whether the Duke of Cambridge was there.

In the front row of the carriage appeared to be two blonde haired children, who could be the Queen’s eldest great-grandchildren Savannah and Isla Philips.

Meanwhile Zara and Mike appeared to hold a baby between them as they watched the carriage of children.

The Royal Horse Show May 15th event, thought to feature the young royals, will be a gala performance including Helen Mirren and Stephen Fry and will be broadcast live on television.

The Platinum Jubilee long weekend itself will kick-off on June 2,  starting with the Queen’s birthday parade, which has marked the official birthday of the British sovereign for 260 years, and will end with the Royal Family on the Buckingham Palace balcony and a spectacular flypast.

Final decisions on the Queen’s appearances across the weekend are not likely to be announced until the day they are due, Buckingham Palace said.