PEP GUARDIOLA hailed Erling Haaland as one of the world’s top strikers as he prepares to go up against the Borussia Dortmund hot-shot.

Manchester City are leading the race to land the Norwegian striker this summer – although they face competition from the top teams in Europe. 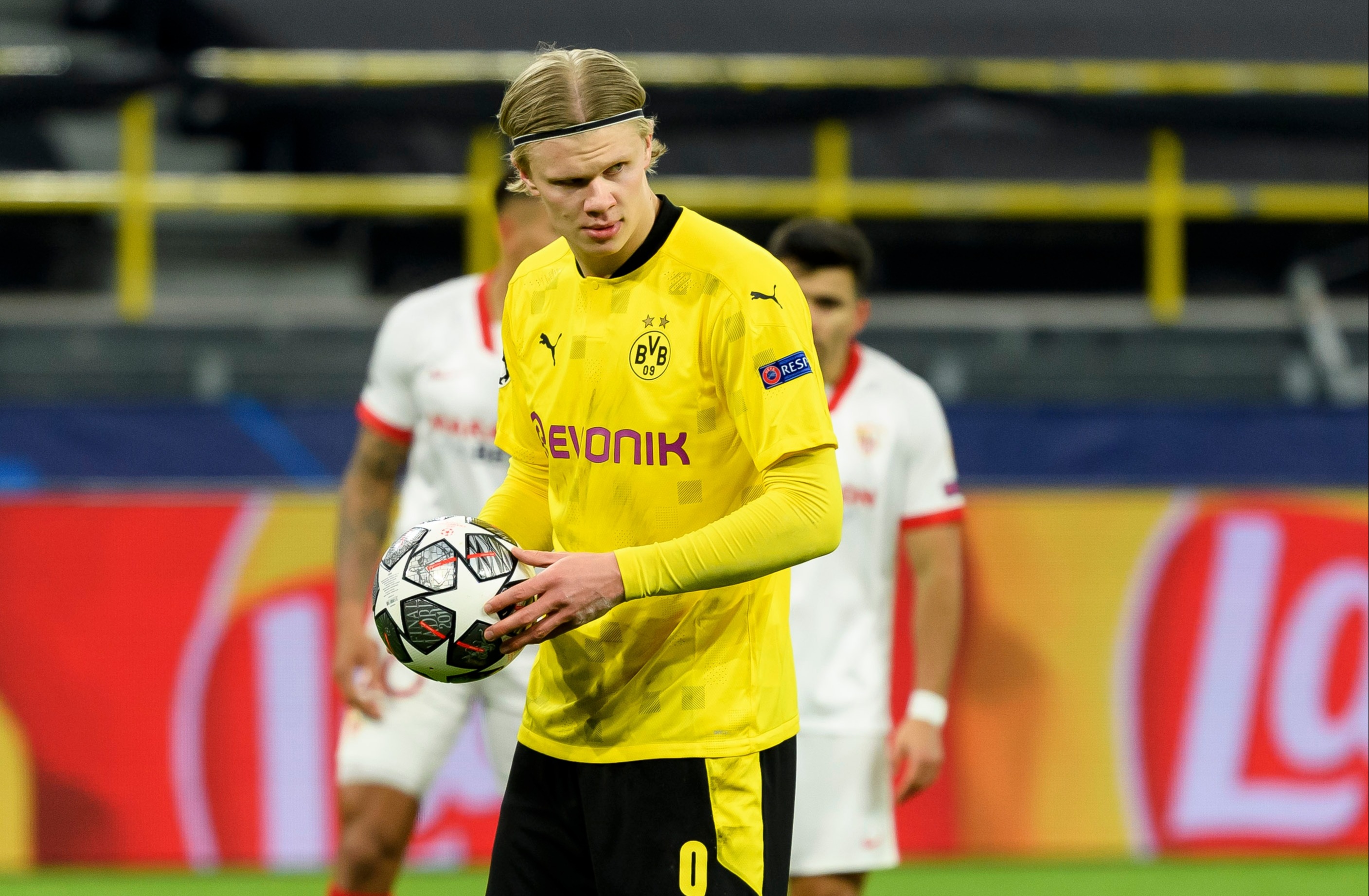 And Guardiola will get the chance to have a good look at him after his team were paired with the Germans in the Champions League quarter finals.

The Man City boss admits he has had not had the chance to watch too much of him due to the congested nature of his own team’s season.

But he said: “The numbers speak for themselves, one of the best in the world at his age.

“I saw few games but I’ve seen highlights and the numbers are impressive. I know the quality of him and I think everyone knows,

“I am going to try to see some games in the international break and in two weeks, I will answer better.”

Asked directly if he will try to sign Haaland in the summer, he said: “He’s a player for Dortmund,

“I don’t like it when people talk about our players, you understand I cannot answer this question.”

Before then Haaland, as well as former City youth team player Jadon Sancho, stand between City and a place in the semi-finals.

Should they get through, they will face either Pep’s old club Bayern Munich or PSG in the last four – so their route to the final is a tough one.

Guardiola said: “The draw is what it is, it’s more than two weeks we’ll face them.

“It’s a privilege to be in the last eight teams, Dortmund are always a really good team.

"Now we have two weeks to analyse and see a little bit some games of them. What they do and how they are with their manager. And that's all.”

His immediate concern is getting through to the next stage of the FA Cup and he expects a stiff challenge against Everton today.

He said: “It’s the last game before break, it’s been an incredible run and hopefully we can finish well, before an important part of the season.”