Talk about a true Pepsi fan.

A man in Italy was recently recognized for the second time as having the most Pepsi cans in the world.

Christian Cavaletti, 50, of Milan, Italy, has 12,402 cans of Pepsi, the world’s largest Pepsi can collection, according to Guinness World Records.

His collection was recounted in March and he was awarded again by Guinness last week, according to a press release.

6 BREWERIES ACROSS AMERICA THAT OFFER GREAT BREWS AND STUNNING VIEWS

Cavaletti – whose favorite Pepsi flavor is the wild cherry edition from the U.S. – started accumulating Pepsi cans in June 1989.

He keeps his collection on shelves in his basement organized chronologically and by country, Guinness reported. Cavaletti has Pepsi cans from 81 countries.

His collection includes the first-ever Pepsi can edition from 1948, a 1960s prototype, and a reproduction of the "space can" which was made in 1985 for the STS 51-F space mission, also known as Spacelab-2. 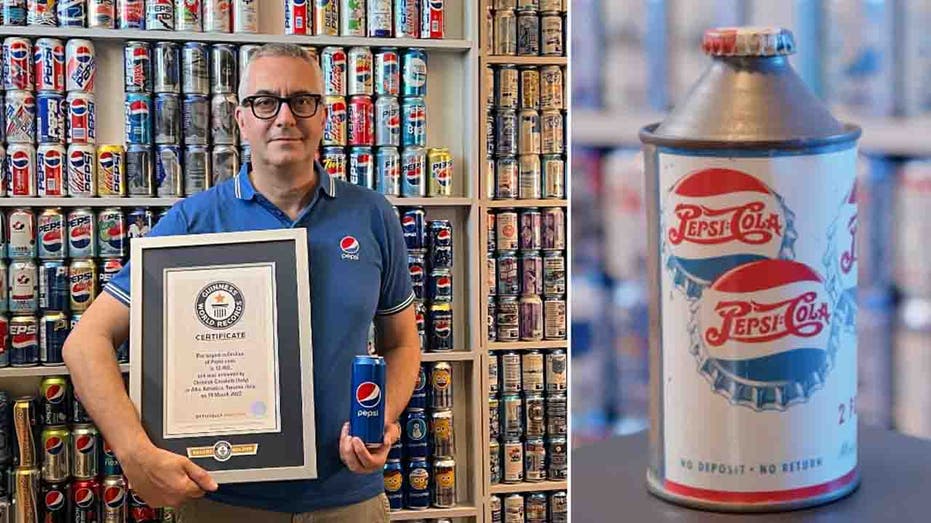 Christian Cavaletti was recently recognized as the owner of the largest collection of Pepsi cans in the world. He has 12,402 cans of Pepsi from 81 countries. (Guinness World Records / Fox News)

Cavaletti even has a special edition can that Pepsi made in 2005 for the 5,000th can in his collection. The can has a picture of Cavaletti with his 2004 Guinness World Records certificate on it.

He also has the oldest set of Pepsi cans that were made in Spain in the 1980s, which features superheroes from the Marvel Universe and "Aviones de Combate," which means fighting jets. Guinness reported that the collection is estimated to be worth $40,000.

Cavaletti, who is a member of the National Pop Can Collectors club and the Pepsi-Cola Collectors Club, hopes to turn his collection into an exhibit for the public, while continuing to acquire more cans, according to Guinness.