There are some video calls you don’t want to miss.

On Nov. 18, Performa — known for its annual creative fundraising galas, always rooted in surprise — is hosting its first telethon. The eight-hour event will be streamed and accessible to all on its online video platform, Radical Broadcast. While many arts organizations have scrambled to build out their online platforms, Performa was ahead of the curve, launching its video channel late last year. “The screen is our real estate,” says Performa founder Roselee Goldberg.

Performa decided to lean into the constraints of the moment for its 15th anniversary — and highlight the ways in which technology, for all its faults, has been a salve for connection.

“With the context of the moment, how we’re all staying put and not moving around, it raises this question even more strongly of how do we use this medium?” says Goldberg.

Those questions led the organization back to pioneering video artist Nam June Paik.

“Nam June Paik is an extraordinary pioneer; I knew him quite well and I loved his humor and sense of adventure,” says Goldberg, who credits Paik as an influence for how Performa approaches the curatorial possibilities of technology. “He would talk about coming up with [the idea of] ‘Internet highway,’ he’d always chuckle and say, ‘There just aren’t enough cars on it. How are we going to populate the highway?’”

The organization is paying tribute to Paik with its telethon fundraiser, inspired by his 1984 international telecast piece “Good Morning Mr. Orwell.” Paik’s piece, broadcast live from New York and Aris on New Year’s Day, was a response to George Orwell’s dystopian outlook of society.

“It’s interesting how inventively [Nam June Paik] handled that from Day One, putting a television monitor in front of a Buddha — it doesn’t get better than that. The past and the future, he always made that bridge,” she says. “I think the next generation of people are discovering him and recognizing that there are wondrous things you can do with media, and he uses it in the most powerful way as a form of humanism.”

The telethon promises to channel the extravagance of Jerry Lewis’ Labor Day telethons (being reprised by Kevin Hart later this month), and donor names will light up as contributions are called into a phone bank. There will be oversized checks, confetti and balloons — and a charming dose of nostalgia. The event plans to tap into the nostalgia of QVC-style televised live sales, offering up six artist-designed housewares editions by Korakrit Arunanondchai, Barbara Kruger, Kia LaBeija, Michèle Lamy, Cindy Sherman and Laurie Simmons during the broadcast. Each item, made specifically for the event, will be available in editions of 100 and sold on-air.

Event programming will include performances by Performa alum like Derrick Adams and Jennifer Rubell, as well as Lang Lang, Jason Moran and David Hallberg; the evening will underscore artist responses to the pandemic, racial injustice activism, and politics (hard to believe, but the election will be over by the time viewers tune in). Laurie Simmons, who appeared in Paik’s original 1984 broadcast, will stage a musical performance and tribute to the late video artist. Founding Performa patron Toby Devan Lewis will be honored as well.

The telethon will directly support Performa’s 21 Biennial, slated for October 2021. The organization is already anticipating the possibility that people will still be socially distanced, and planning its commissions to largely be outdoors. It has also been building out its publication arm, and curating projects on its digital platform.

“It’s all connected with finding ways to inform, inspire and educate,” says Goldberg. “I think I can honestly say we’re busier than ever.” 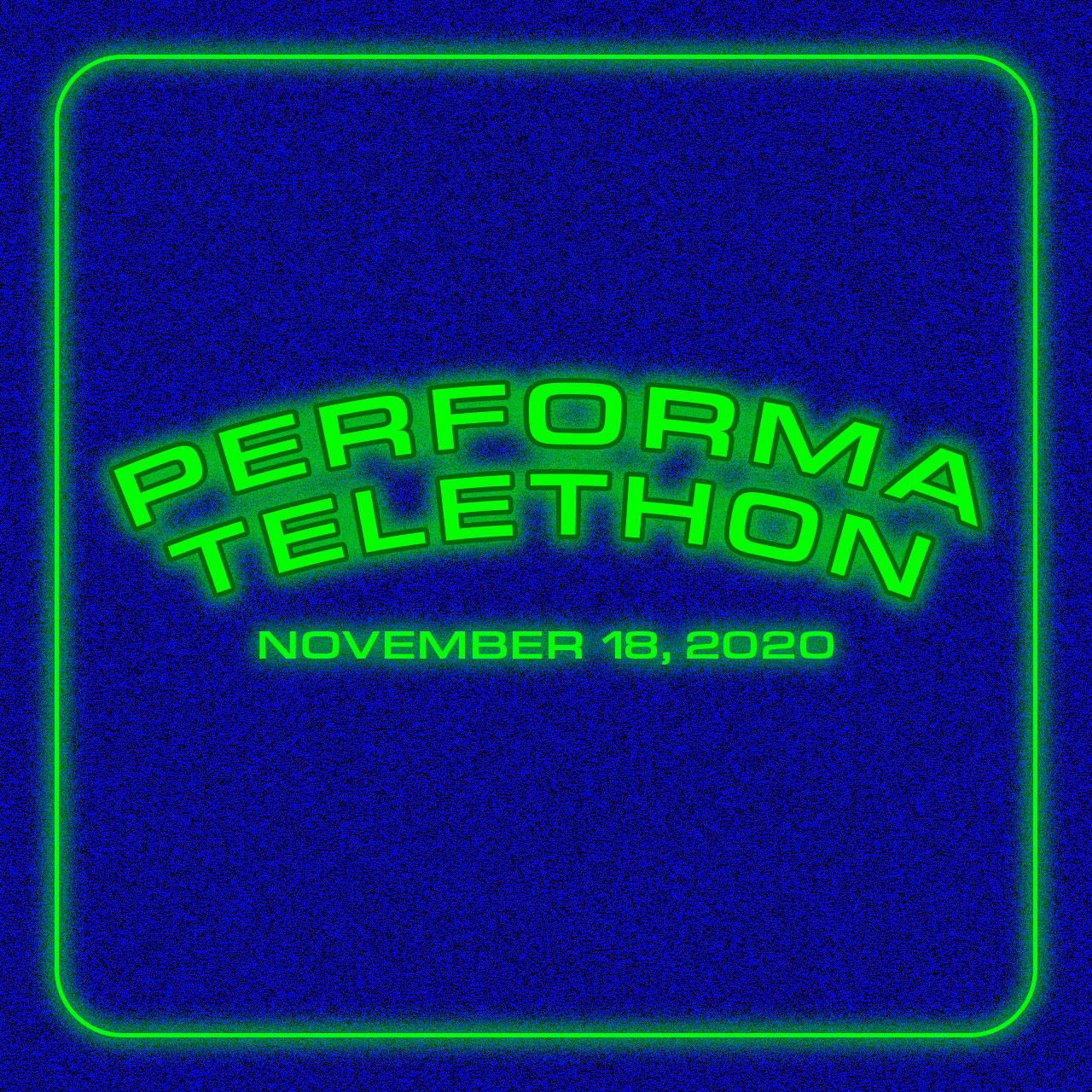