PETR CECH was branded a 'traitor' after intervening as Chelsea fans protested the European Super League at Stamford Bridge.

A crowd Blues supporters gathered at the London ground with anti-ESL banners as they demanded Roman Abramovich back away from the controversial plans. 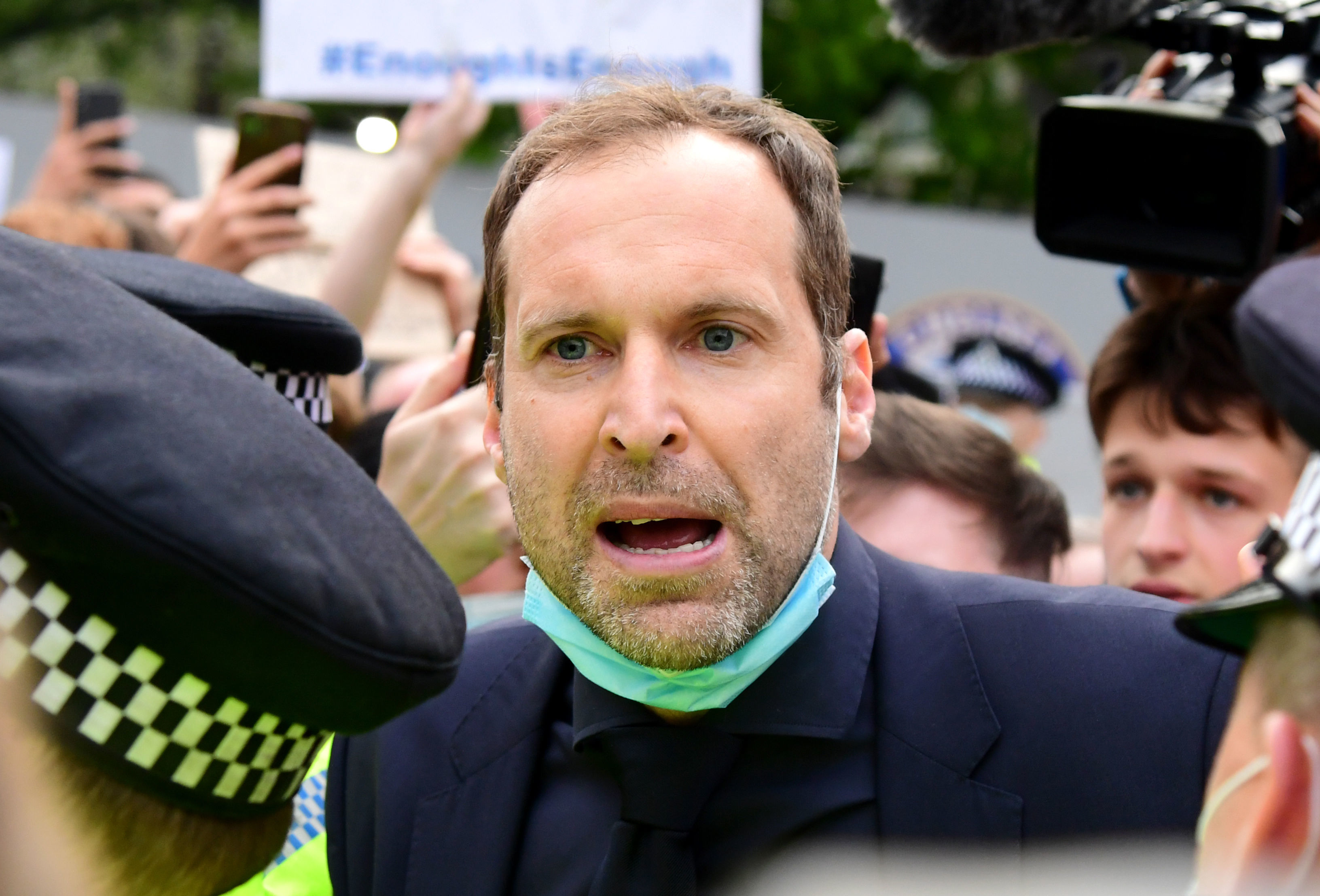 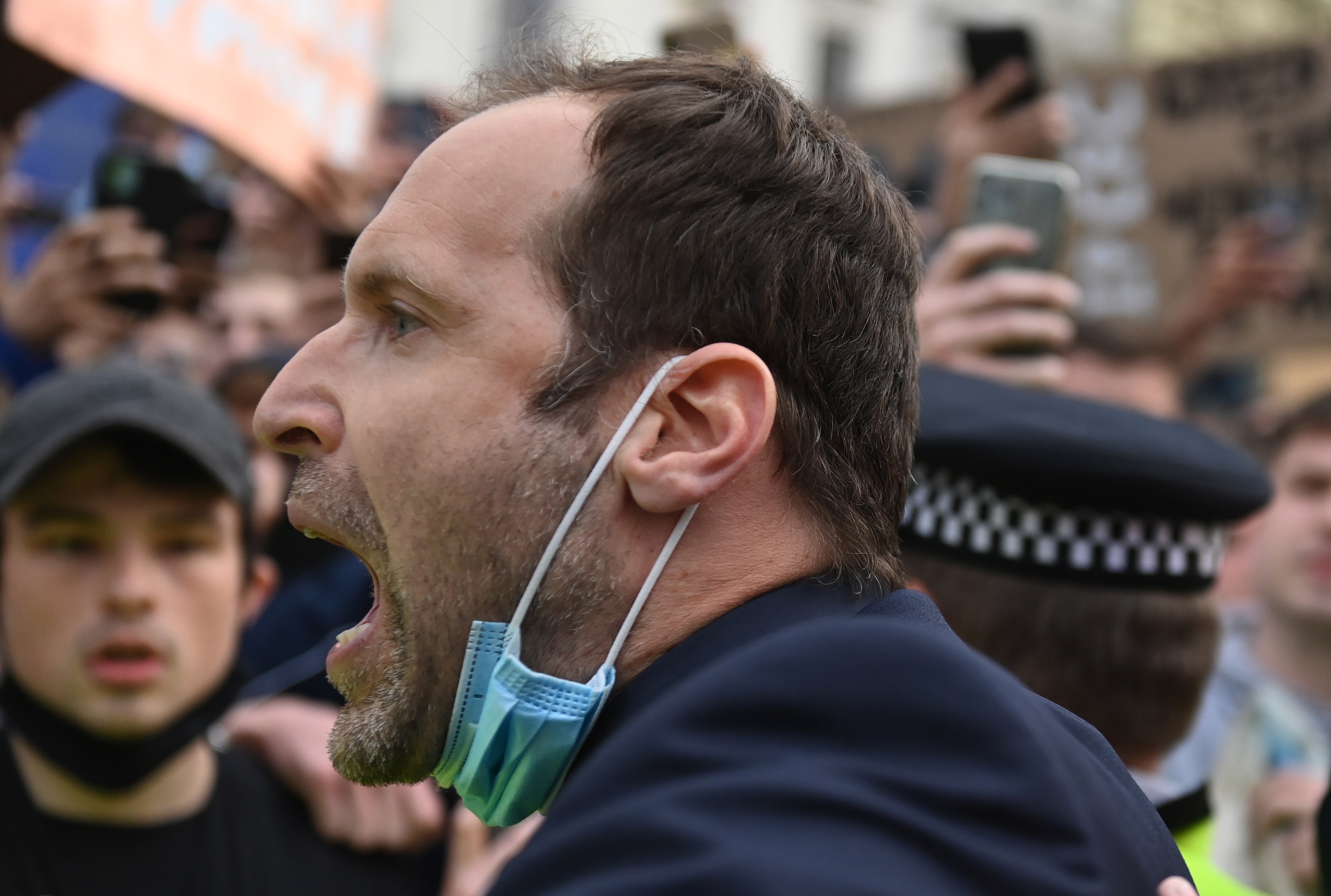 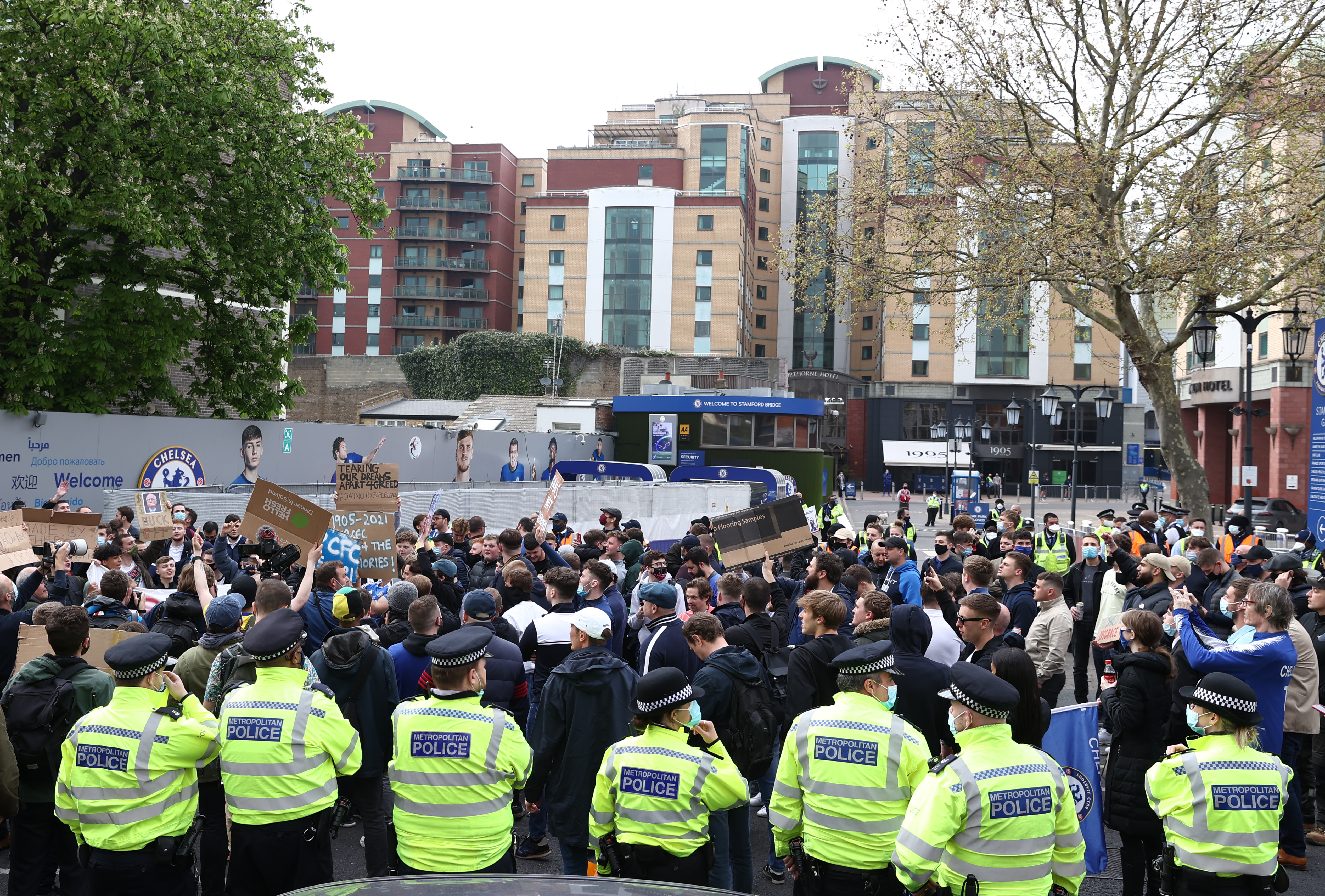 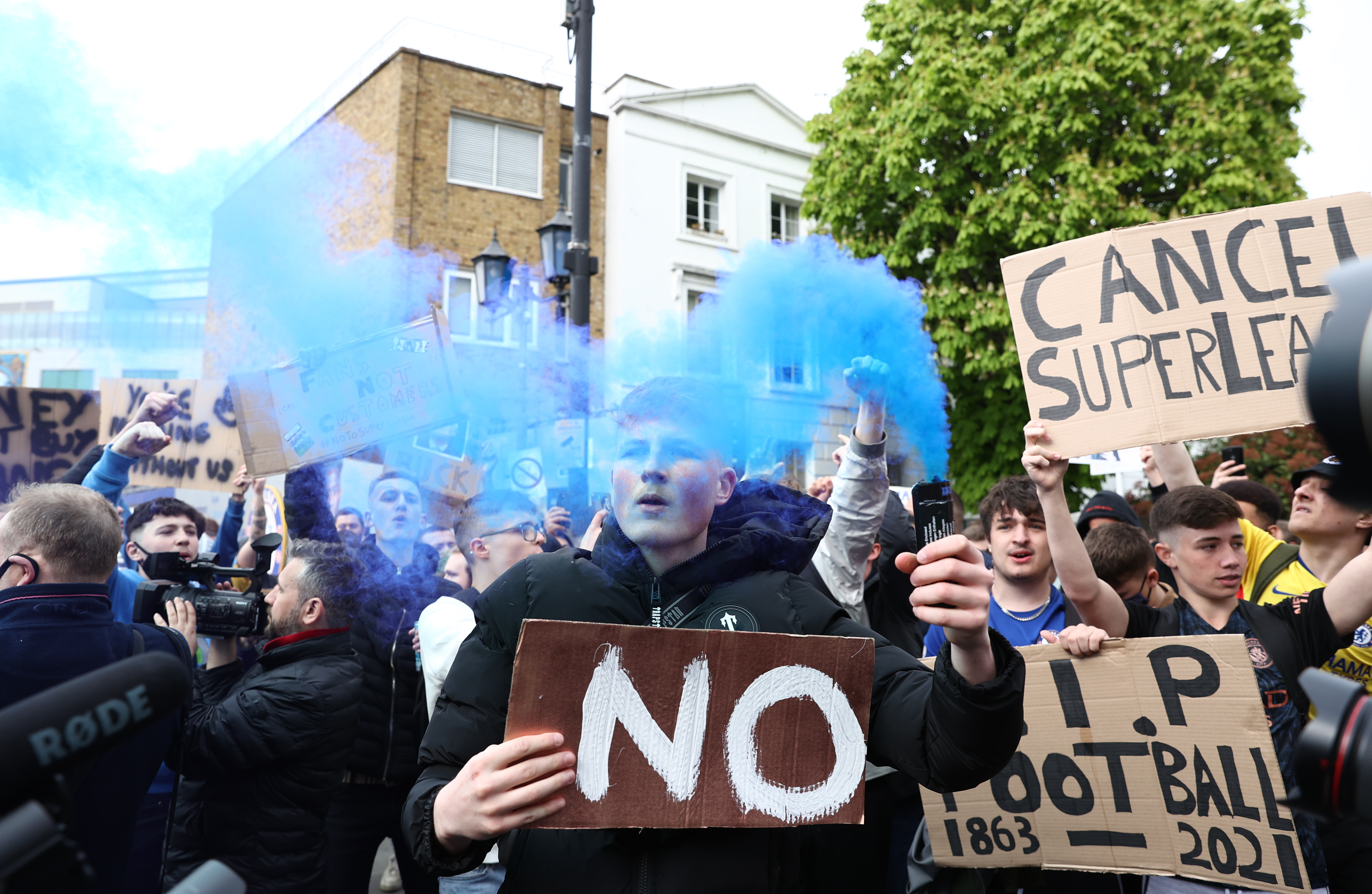 Protestors blocked the road and attempted to stop Chelsea's team bus from pulling into the stadium.

That led to technical director and former legendary goalkeeper Cech from wading into the crowd, pleading with irate fans to calm down and let the bus through.

But he was met by a deluge of cries and jeers as police formed a barrier around him, with some even calling Cech a 'traitor'.

Protestors has descended upon Stamford Bridge earlier in the evening waving placards criticising owner Abramovich for signing up to Florentino Perez's brainchild, which has sent shockwaves throughout European football.

The protest came after SunSport exclusively revealed Chelsea players were left concerned by the official ESL announcement on Sunday – as well as the threat of being banned from the Champions League following their semi-final achievement.

Meanwhile, SunSport can also reveal Chelsea have been forced to remove dozens of fan-owned banners from the stands as the Super League row intensifies.

Stamford Bridge's famous Shed End will be stripped bare as will the Matthew Harding Stand at the opposite end of the 41,000 capacity ground.

Irate supporters contacted Chelsea yesterday to voice their anger at plans for their club to join a group of 12 European teams in forming a breakaway league.

And one way of showing it has been to demand the taking down of the huge banners that have either hung from the top tiers or been placed on the empty seats during the Covid pandemic to show solidarity with Chelsea.

Thomas Tuchel's team is at home to Brighton & Hove Albion tonight live on TV and fans have been told the banners will be removed in time for the 8pm kick off. 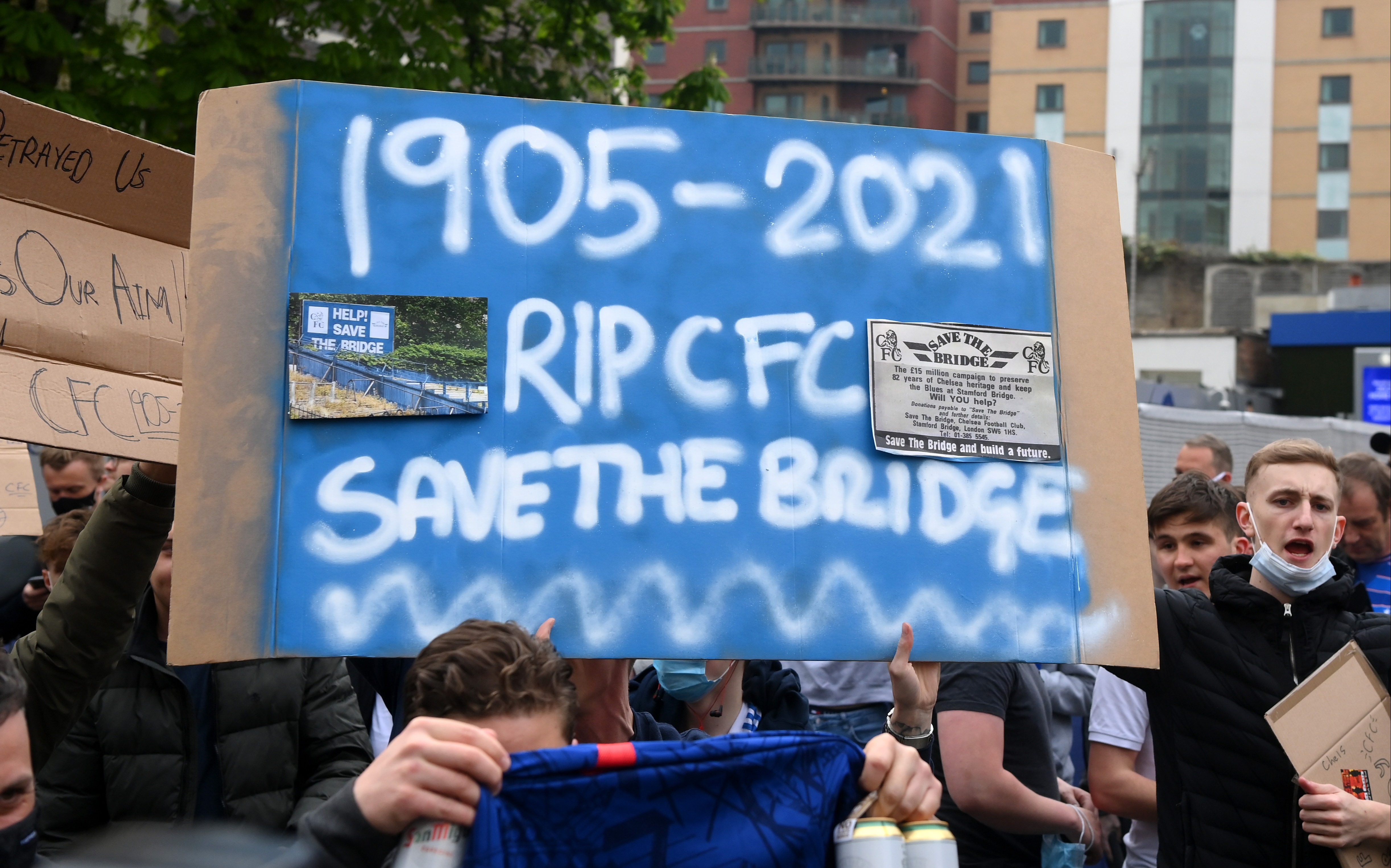 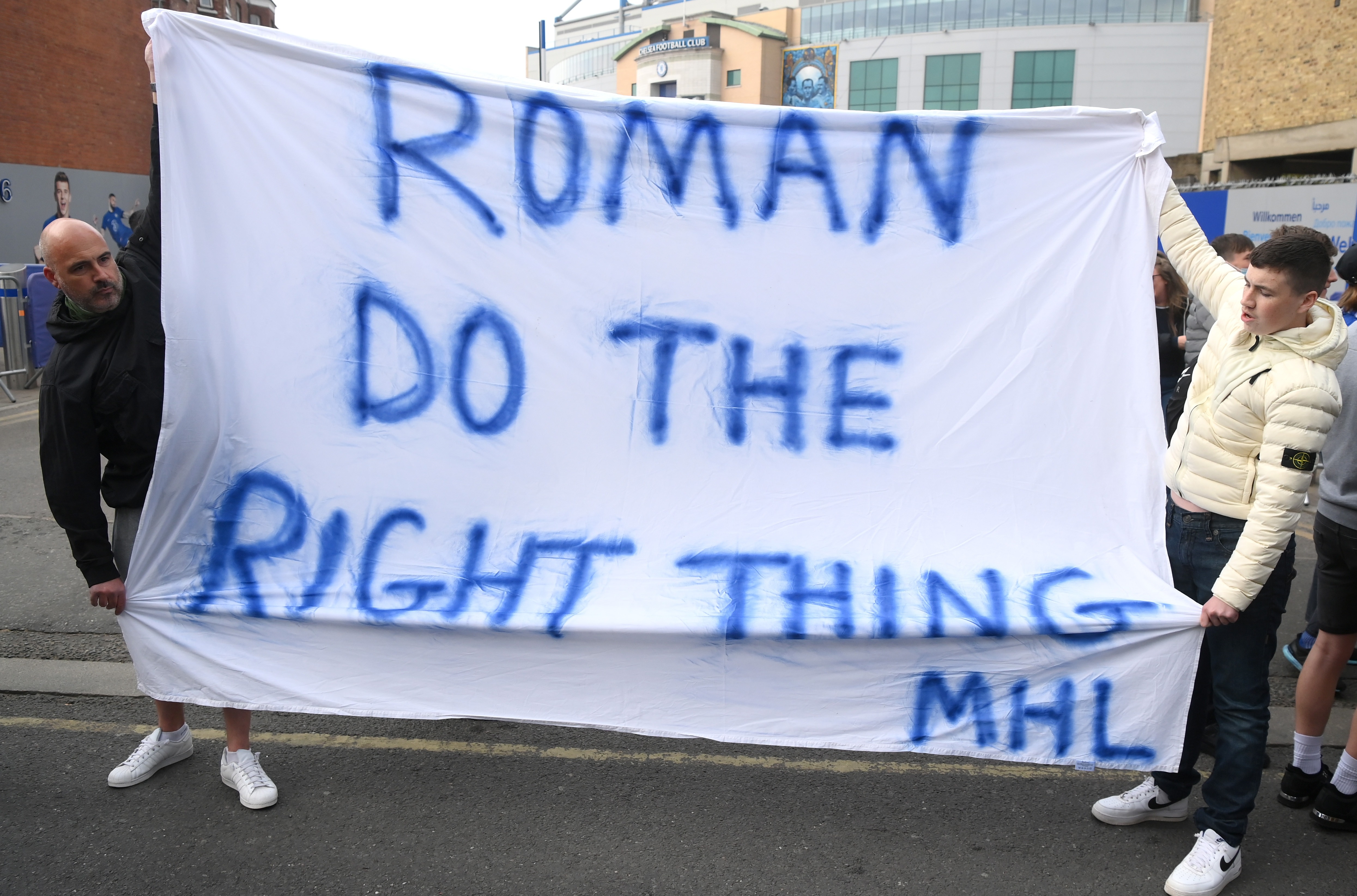 The supporters' banners are the most notable inside the ground.

One features a portrait of Chelsea owner Roman Abramovich along with the slogan 'Roman Army'.

Another refers to a song lyric about Stamford Bridge – 'The Only Place To Be Every Other Saturday'. 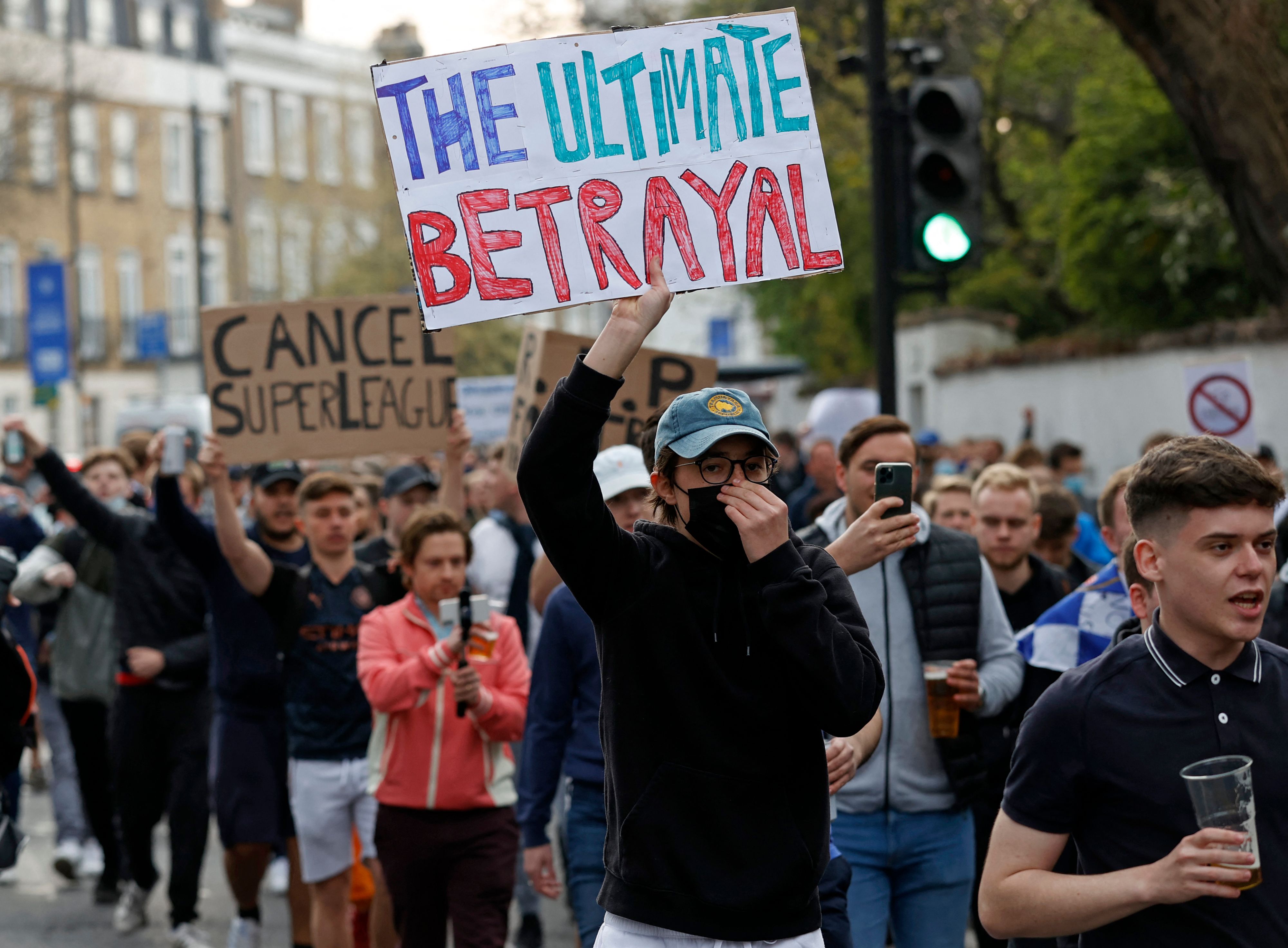 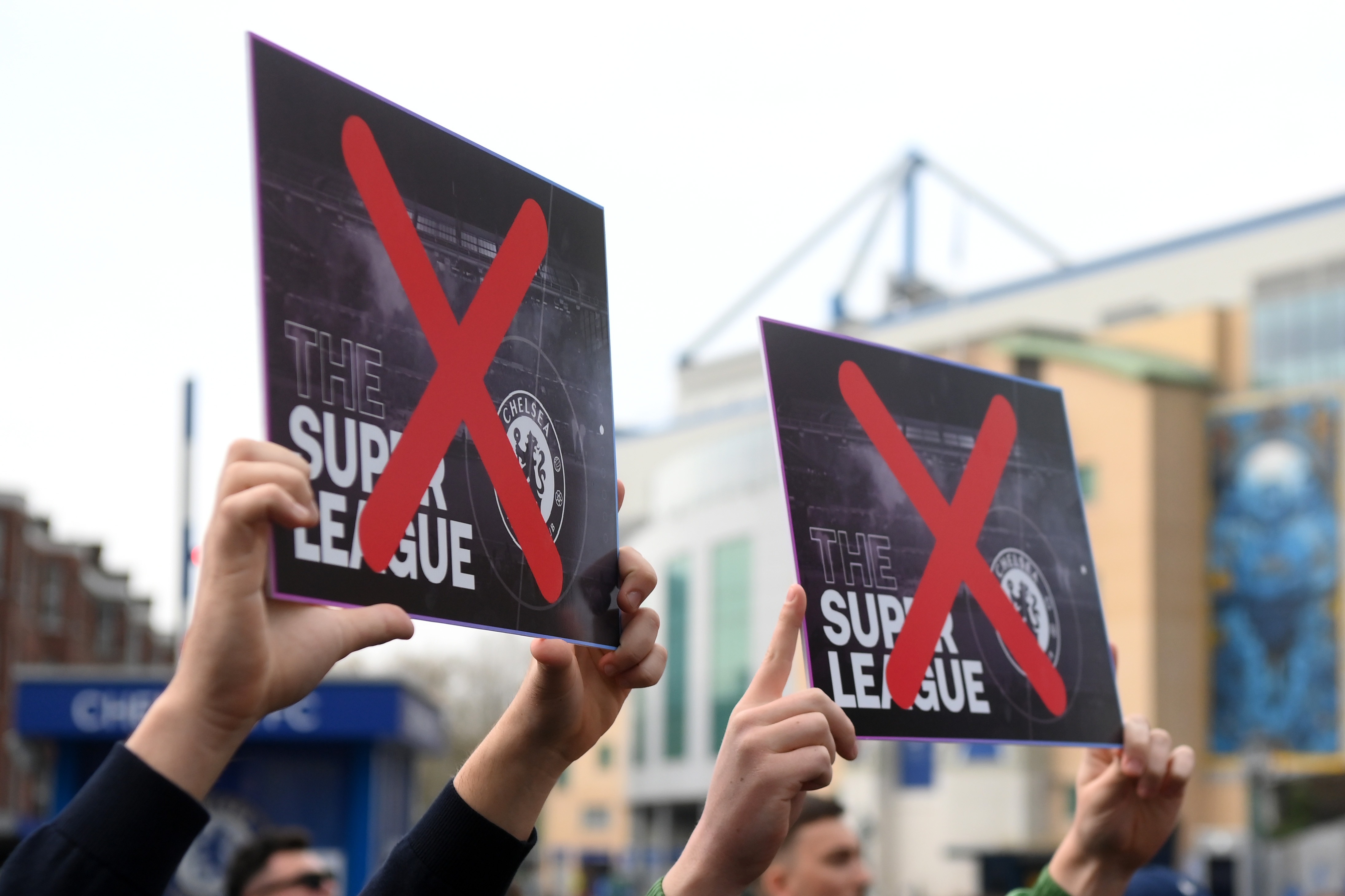 Chelsea will be the first of the rebel 'Big Six' in the Premier League to host a match since the plan to form the Super League was confirmed.

Liverpool is another club involved in the controversial idea and their supporters have also asked for their banners to be taken off Anfield's famous Kop End.