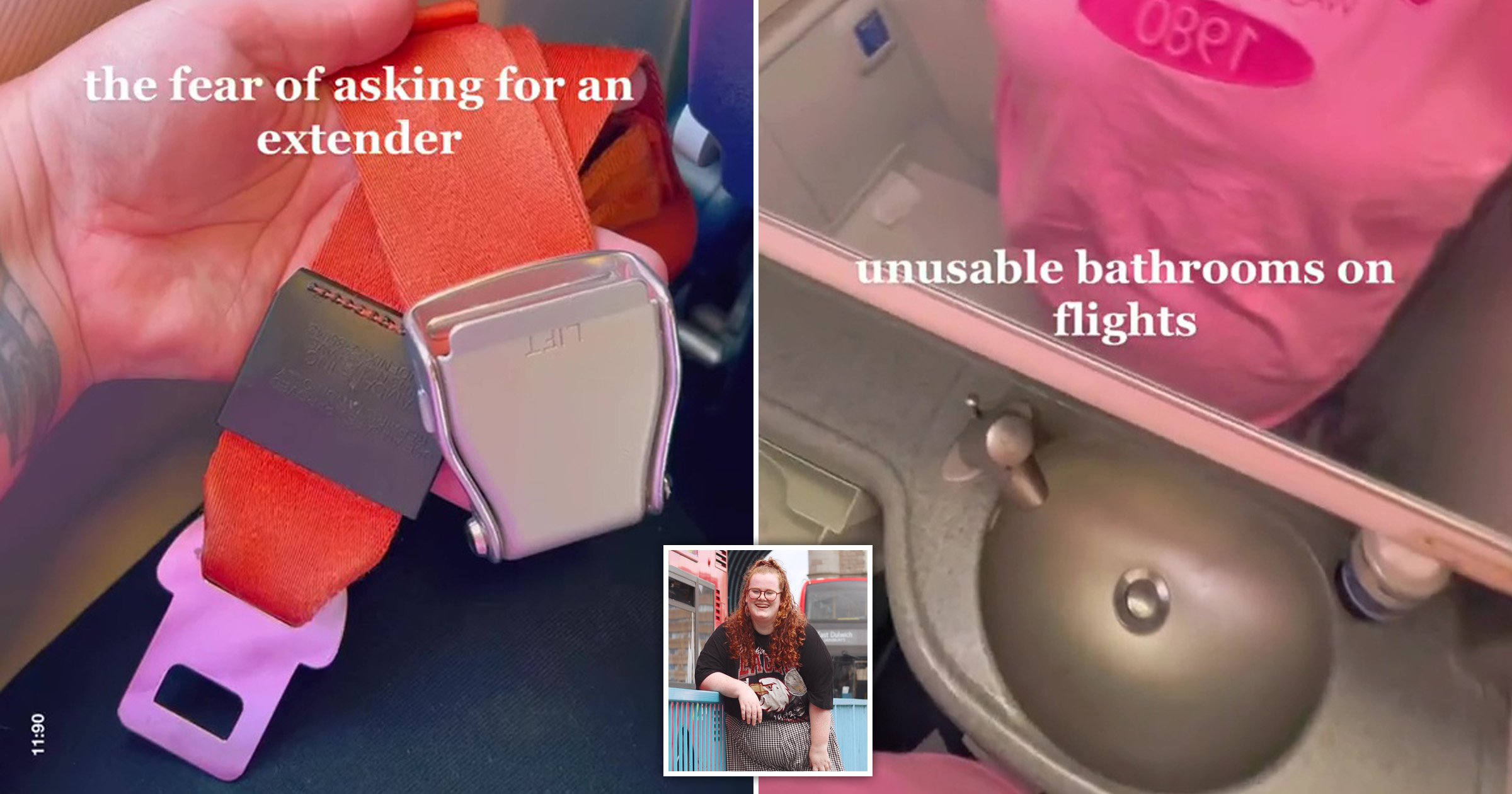 A plus-size travel enthusiast has gone viral on TikTok after sharing some of the problems she experiences while flying and staying in hotels due to her size.

Sadly, however, viewers did not take kindly to her complaints.

She previously made headlines after sharing her experience flying on Ryanair, where she complained about the seat sizes.

In her latest informative video, Kirsty decided to warn others by listing the issues she has faced in her time.

‘A lot of people don’t know what to expect when travelling in a larger body, so I like to show the realities,’ Kirsty, who shares tips on her blog, PlusSizeTravelToo, said.

‘I also like to share that although there are things that may go wrong or be less than welcoming, travel is incredible and so, so worth it.’

Kirsty starts the video by discussing tight seatbelts and needing a seatbelt extender.

Shen then shares a clip of her walking down an airplane aisle, which she describes as ‘narrow’.

Filming herself in the airplane bathroom mirror, she calls the small space ‘unusable.’

‘I hate having to use a bathroom on a flight and only really do it if I’m on long haul and I have no choice,’ she explained.

‘There’s very little room to move, let along to do what you’ve got to do!

‘Some serious acrobatics are required to use!’

Kirsty then calls the plane seats ‘tiny’ and shows the tray table not fully extending down, before moving on to complaints outside of the aircraft.

In a hotel, she says the bathrooms are too small, and robes and towels do not fit her.

‘I think only a handful of times have I been somewhere where a robe or towel has actually fit me,’ she noted. ‘It’s so frustrating!’

She also added that using the top bunk bed in hostels is an issue for her, as are beds with slats.

‘Top bunks are terrifying for plus-size travellers,’ she exclaimed. ‘Climbing to the top is painful and the fear that you’ll [fall] through is real. You spend the whole night too scared to move.

‘Beds with slats are also definitely not plus-size friendly and I’ve had them break on me before.’

Finally, she revealed to viewers that she suffers from ‘chub rub’, chafing of the thighs regularly while on the move.

However, she finished the video on a lighter note, adding: ‘Although there are lots of problems you may come across while travelling in a bigger body, it’s so worth it!’

The video was intended in a humourous light but unfortunately, Kirsty received some negative commentary when the video went viral.

One person commented: ‘This should be motivation for you.’

‘That is not the hotel or planes fault…sorry!!!’ said another viewer.

While a third added: ‘If this doesn’t motivate you idk what will.’

Thankfully, many others defended Kirsty.

‘It’s ironic if it was a very tall muscular person complaining that the spaces are too small no one would be blaming them for their size,’ one user said.

A second commented: ‘People saying you’re the problem. It’s not as black and white. Society should be more accommodating. Not as easy as “just lose weight” but why should u?’

And a third user mused: ‘Wow I relate to every single one of these.’