JOSE DE SOUSA dreams of being darts’ Special One by upstaging Jose Mourinho and Cristiano Ronaldo.

The world No 59 was the best performer in the PDC Home Tour group stages — dropping just ONE leg in three matches. 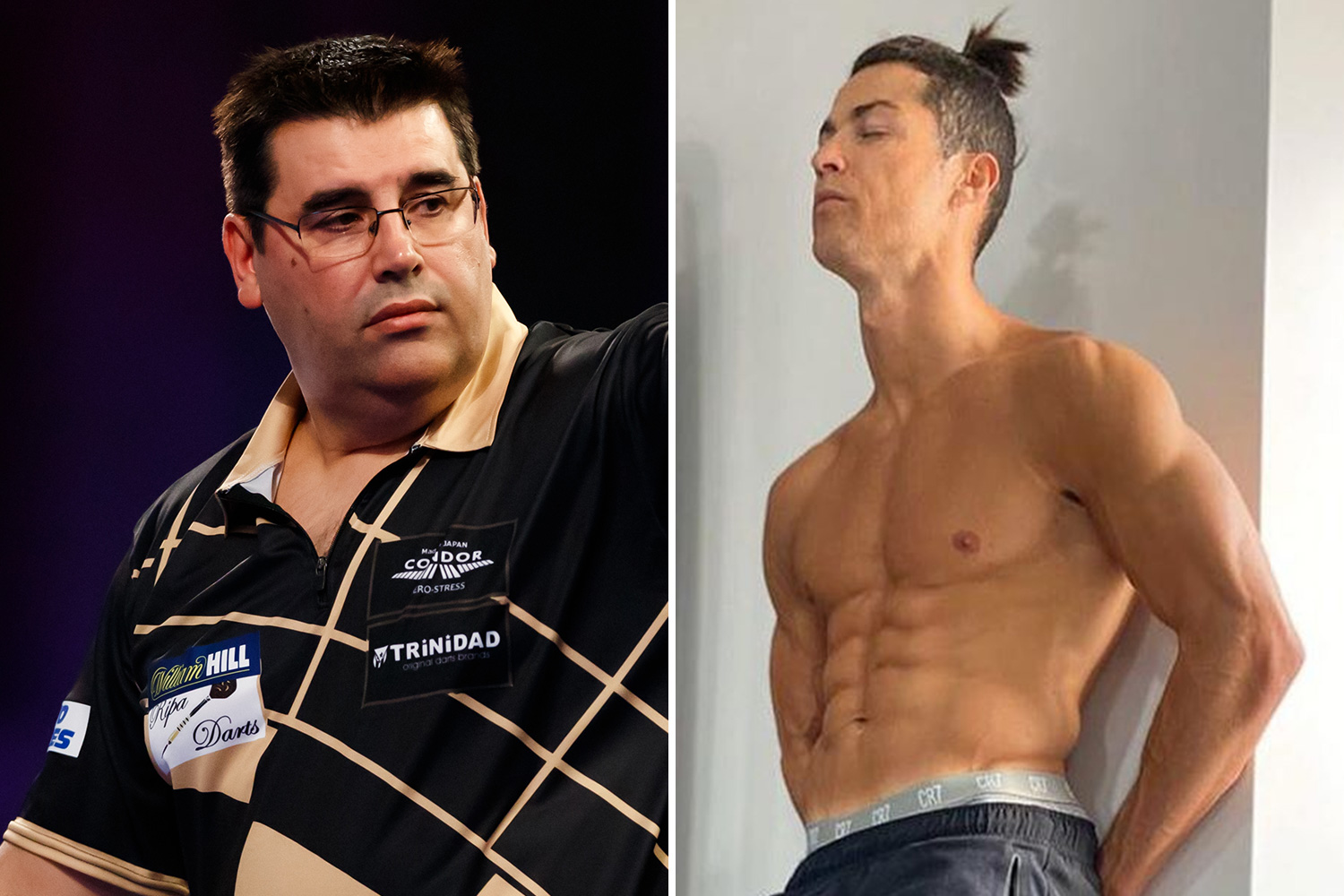 Tomorrow he will fancy his chances in the last 32 against Nathan Aspinall, Jamie Hughes and Jesus Noguera for a spot in the semi-finals.

He said: “I’d like to think I can be the biggest sportsman in Portugal. Maybe I can have a better body than Ronaldo, too!

“I like football from the time of Figo, Ronaldo and other great players.

“I watch games a lot on TV. It’s amazing to be mentioned in social media messages saying I’m the Ronaldo of darts.

“Maybe I can even be a real Special One like Jose Mourinho.

“It’s possible one day Ronaldo will come to see me at Alexandra Palace.

“When he quits in a few years then maybe Portugal sport will all be about Jose De Sousa. I hope so.

“This is another very tough group for me. But if I can play the same again, I can beat anyone.

“My phone never stops after I win a game. It’s just on fire. I become very popular.”