Meghan Markle and Prince Harry announced the birth of their baby girl, Lilibet “Lili” Diana Mountbatten-Windsor, on Sunday, and members of the royal family are “delighted” for the couple, despite family tensions and allegations of racism.

Queen Elizabeth; Prince Charles and Camilla, Duchess of Cornwall; Prince William; Kate Middleton and Princess Eugenie all sent messages of congratulations on social media, a few hours after the Duke and Duchess of Sussex shared their exciting news.

William and Kate wrote on their social media accounts that “We are all delighted by the happy news of the arrival of baby Lili. Congratulations to Harry, Meghan and Archie.”

They also included a black-and-white photo of the couple taken by photographer Misan Harriman, which was originally used to share the news that the Duke and Duchess of Sussex were expecting their second child.

A post shared by Duke and Duchess of Cambridge (@dukeandduchessofcambridge)

Princess Eugenie also shared a sweet photo of the couple, also taken by Harriman, on her Instagram account with a touching message.

“Congratulations dear cousins .. We couldn’t be happier for you all,” she wrote alongside six heart emojis. 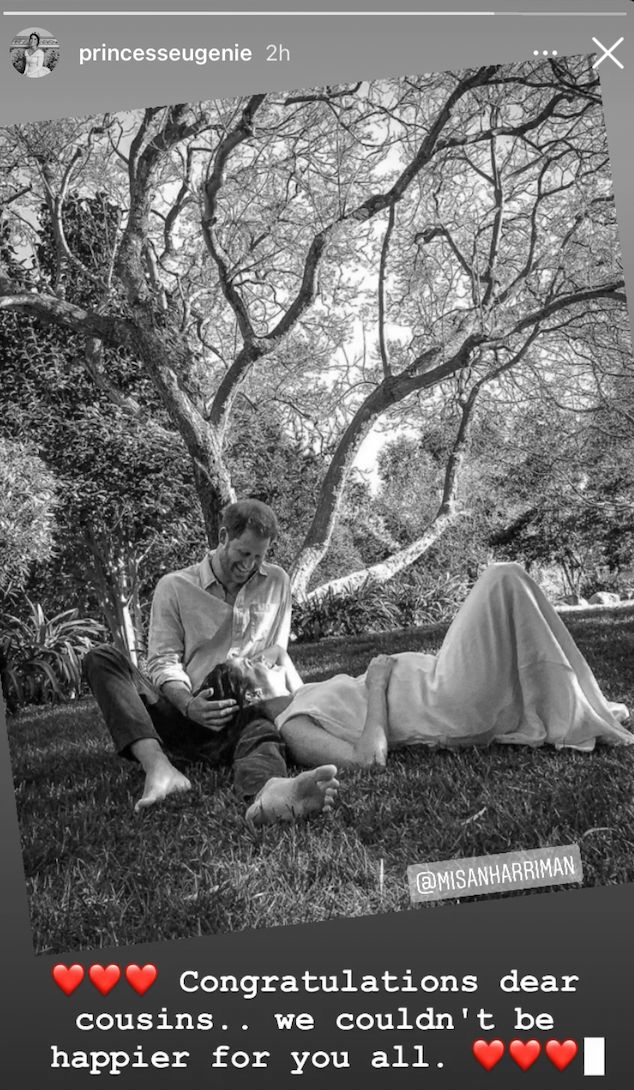 The Royal Family’s Twitter and Instagram accounts issued a statement of congratulations on behalf of Her Majesty (who Lili is named after), as well as Prince Charles and Camilla.

Despite being included in the Queen’s message of congratulations, the Prince of Wales and Camilla issued a separate message for Harry, Meghan and Archie.

“Wishing them all well at this special time,” the two said through the Clarence House social media accounts, alongside a photo of the Duke and Duchess of Sussex and baby Archie, taken in South Africa.

The messages of congratulations are significant, as Meghan and Harry have been open about strained relations with members of the royal family since stepping back as senior working royals in 2020.

During the couple’s recent interview with Oprah Winfrey back in March, the Duchess of Sussex corrected a false media story and said that it was actually Kate who made her cry at her wedding to Prince Harry, not the other way around as previously reported.

Meghan also told Winfrey that a member of the royal family expressed racist “concerns” about the color of Archie’s skin before he was born. Neither Harry or Meghan named the family member in question, but clarified that it was not the queen or the late Prince Philip. Buckingham Palace later said in a statement that “recollections may vary,” while Prince William told the media that the royals were “very much not a racist family.”

Harry also opened up to the media mogul about his changed relationship with his brother and his father, whom he said he felt “let down by” after Charles stopped taking his calls at one point. 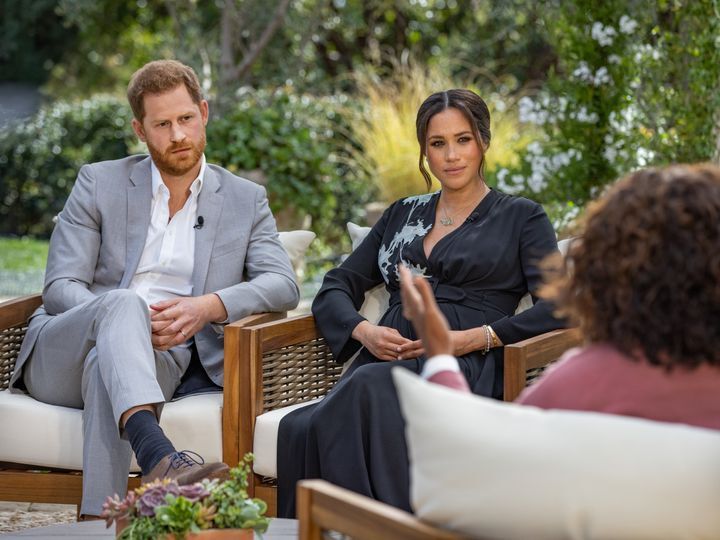 “He knows what pain feels like, and Archie’s his grandson,” Harry said at the time. “But at the same time, of course I will always love him. But there’s a lot of hurt that’s happened and I will continue to make it one of my priorities to try and heal that relationship.”

Of his relationship with William, Harry said that he loves him “to bits” but the two are “on different paths.”

“The relationship is space, at the moment. And, you know, time heals all things, hopefully,” the Duke of Sussex said.

Harry later opened up more about the “genetic pain and suffering” he’d experienced in his lifetime as a member of the royal family, and how he wants to make sure he doesn’t pass it on to his kids.

“I don’t think we should be pointing the finger or blaming anybody, but certainly when it comes to parenting, if I’ve experienced some form of pain or suffering because of the pain or suffering that perhaps my father or my parents had suffered, I’m going to make sure I break that cycle so that I don’t pass it on,” the duke said in a candid interview with Dax Shepard last month.