BRITS have faced huge travel uncertainty this summer with countries being added to and taken off the quarantine list at short notice.

As Italy becomes the latest country added to the quarantine list, we look at all the places that holidaymakers will need to keep an eye on. 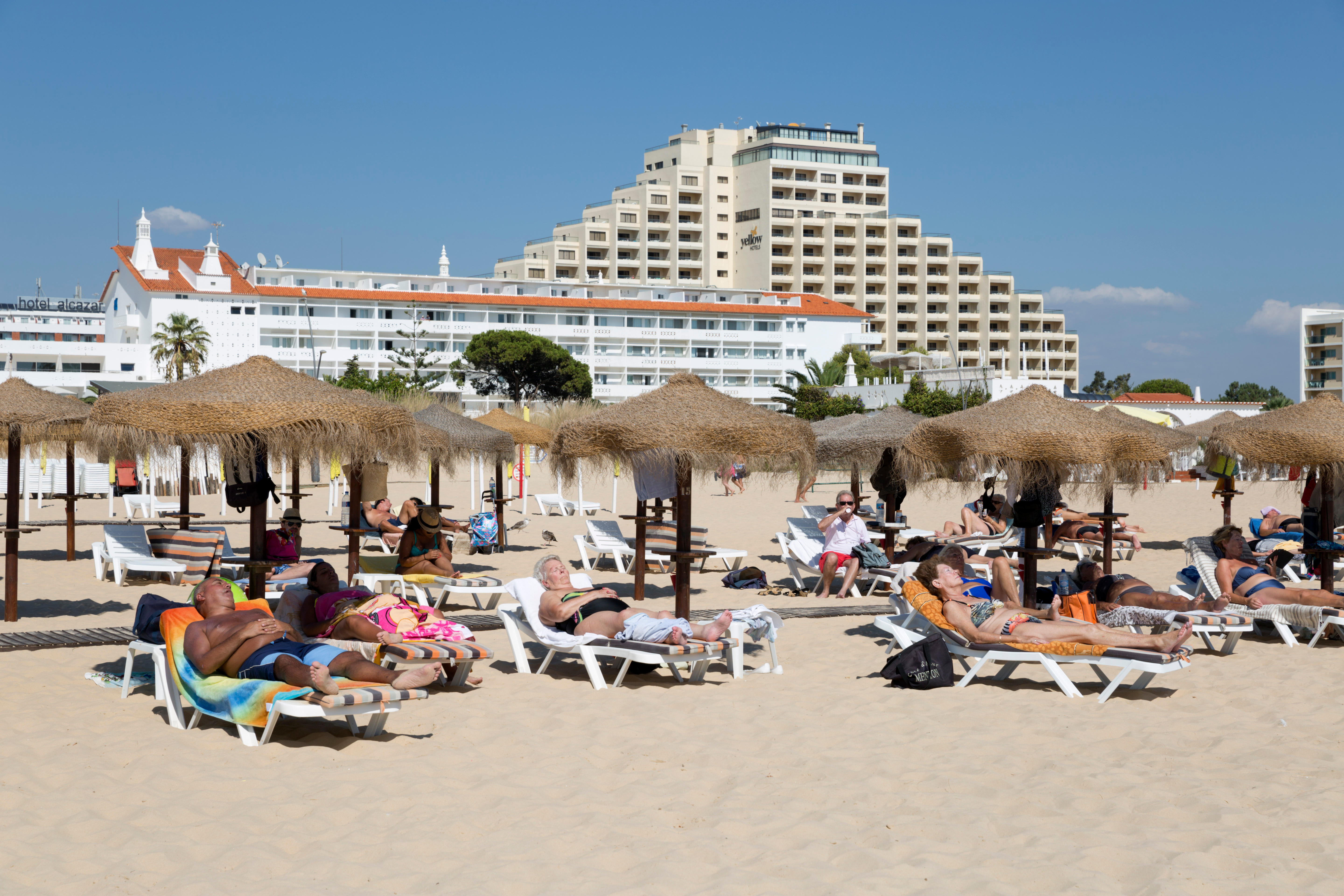 Travellers must self-isolate for two weeks upon returning from any of the countries or islands on the quarantine list.

If a country stays above 20 cases per 100,000 people for more than seven days it is likely to be added to the UK’s quarantine list.

Passengers must leave their details with border officials, go straight home and self-quarantine for 14 days to stop the spread of coronavirus.

The list currently has over 160 countries and territories on it and is subject to constant review.

Downing Street has said it is keeping a watchful eye on case numbers, testing figures and infection rates in “a number of countries and territories.”

Those where there is a cause for concern are removed from the travel corridor "safe" list.

The list is updated every Thursday, with new restrictions coming into force from 4am the following Saturday.

Italy is the latest country to be added onto the list, due to infection rates – it had 64.4 cases per 100,000 recorded on a 7 day rolling average.

Other countries that have recently been added to the list are Turkey and Poland, which went on the list on October 1.

Brits returning from these destinations from 4am on Saturday will now have to quarantine for 14 days.

Denmark, Slovakia and Iceland were the last countries to be added to the list on September 24.

All three countries recorded a sudden spike in coronavirus cases which has led to them being removed from the safe travel list.

Slovenia and the French Caribbean island Guadeloupe were added on September 15 to the list, while Thailand and Singapore were taken off the mandatory quarantine list.

Spain was added to the quarantine list on July 26, and on August 8, Belgium, Andorra and the Bahamas were removed from the "air bridge" list.

From August 15, anyone returning to the UK from France, the Netherlands, Monaco, Malta, Turks and Caicos Islands and Aruba must self-isolate for 14 days.

From August 20, the same rules apply to anyone who returned to the UK from Austria, Croatia and Trinidad.

And on August 27, Czechia, formerly known as Czech Republic, was added to the list along with Switzerland and Jamaica.

However, holidays to Cuba are now back on, as travellers are now allowed to return without having to quarantine.

On September 7, it was announced those travelling from England to Greek islands Lesbos, Tinos, Serifos, Mykonos, Santorini, Crete and Zakynthos – also known as Zante – must also self-isolate for two weeks on their return but this was overturned on October 8.

There are still travel restrictions on Crete and Mykonos.

Hungary, along with mainland Portugal, French Polynesia and Reunion were added to the quarantine list on September 12.

Democratic Republic of the Congo

Here is the latest travel advice for some of the popular holiday hotspots currently on the quarantine list.

The government announced that France was the latest country to be put on the UK quarantine list from August 15, with cases at 442,194.

Since August 15, Brits have had to quarantine when arriving back from France.

The move affected around 500,000 people who were given a days notice to get home to avoid quarantine.

Spain has been on the quarantine list since July 26.

The country has recorded over 30,000 fatalities.

Spain remains on the list indefinitely, as do the surrounding islands although there is hope that regional air bridges may allow Brits to return to the Canary and Balearic Islands this winter. 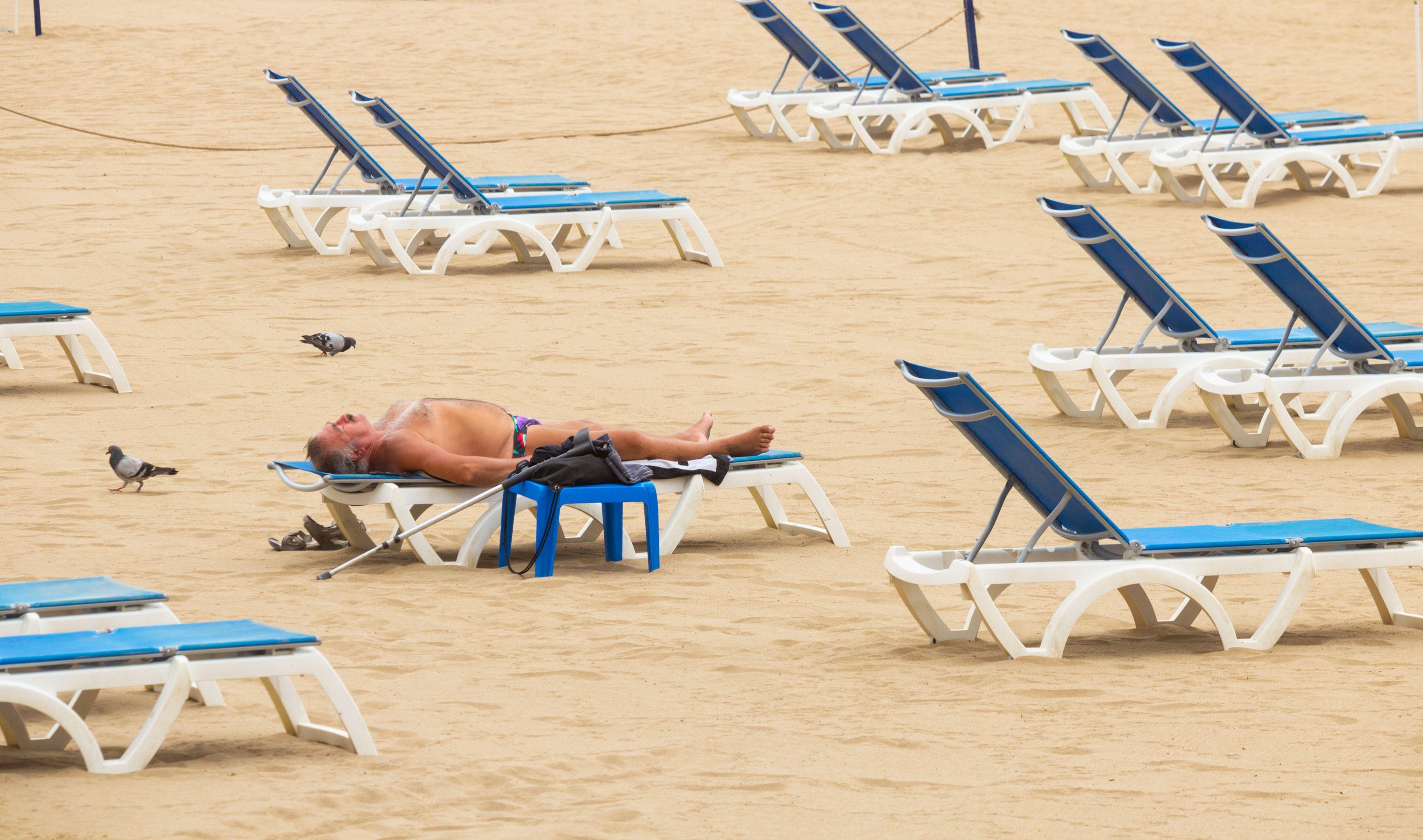 Portugal is back on the UK's quarantine list, just three weeks after it was originally deemed safe by the Government.

The country was only removed from the UK's quarantine list on August 22, but has seen a jump in cases taking it past the 'safe' green zone for daily infections

Portugal has jumped above 20 new daily cases per 100,000 people, using data from the European Centre for Disease Prevention and Control (ECDC) over the past seven days.

Quarantine-free travel is still allowed from the Azores and Madeira, the Portuguese islands.

Travellers returning from the Greek islands of Lesbos, Tinos, Serifos, Santorini and Zakynthos will no longer need to self-isolate, it was announced on October 8.

The relaxed measures apply to people arriving in England, Wales and Northern Ireland – but Scotland is yet to confirm whether it will follow suit.

There are still travel restrictions on Crete and Mykonos.

Malta was added to the travel ban list due to a spike in cases on August 15, along with France. 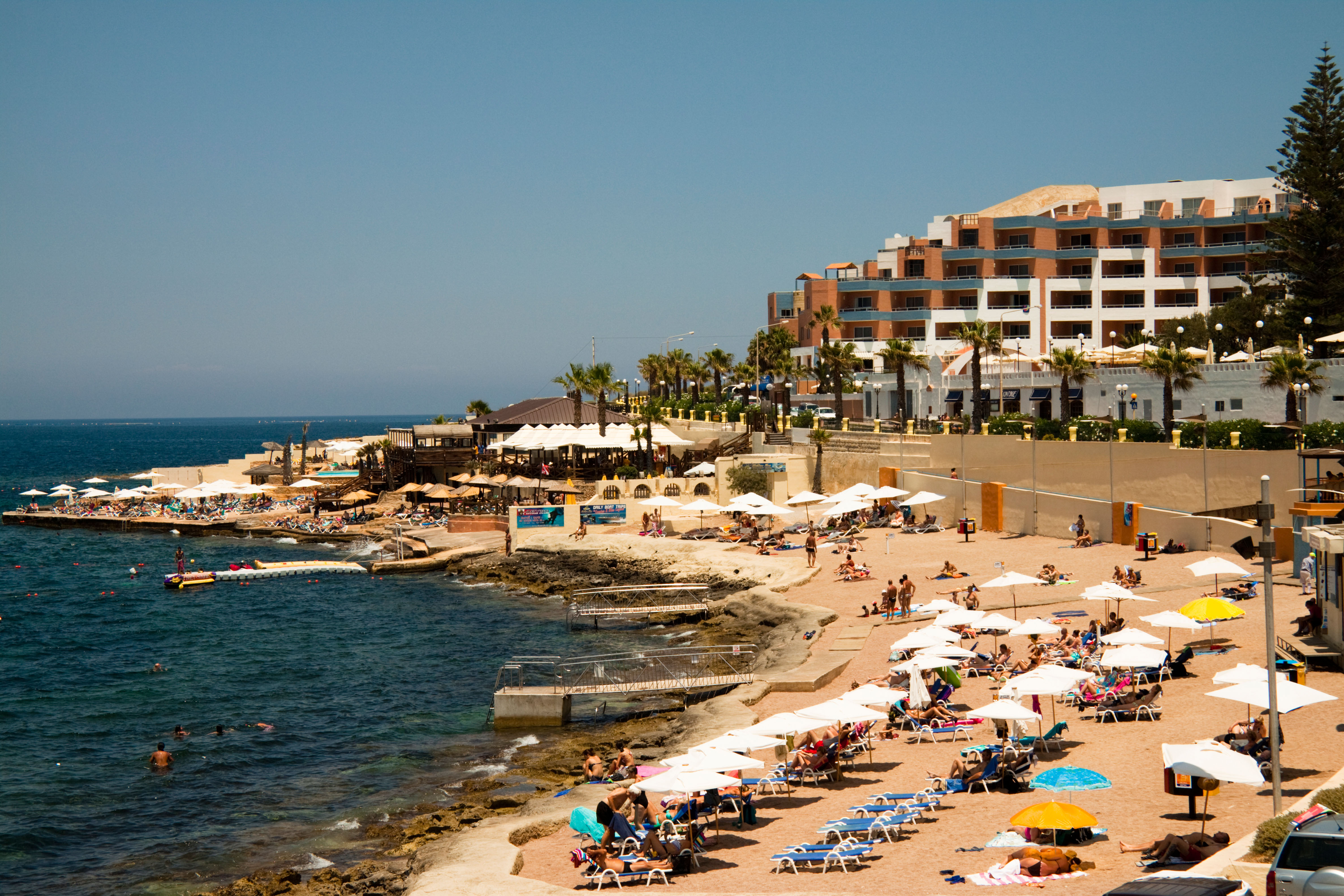 Trips to Amsterdam incur a quarantine, enforced since August 15, as the curve of new cases in The Netherlands has increased in weeks.

The US is on the quarantine list as cases in the world's worst-hit country continue to spiral out of control.

Not only that, but the borders are closed to British tourists.

The number of states with quarantines is also growing as governors move to protect residents amid flareups in places such as Florida, Texas, and Arizona.

In spite of this the US has lifted its Global Level 4 warning for Americans wanting to leave the US. 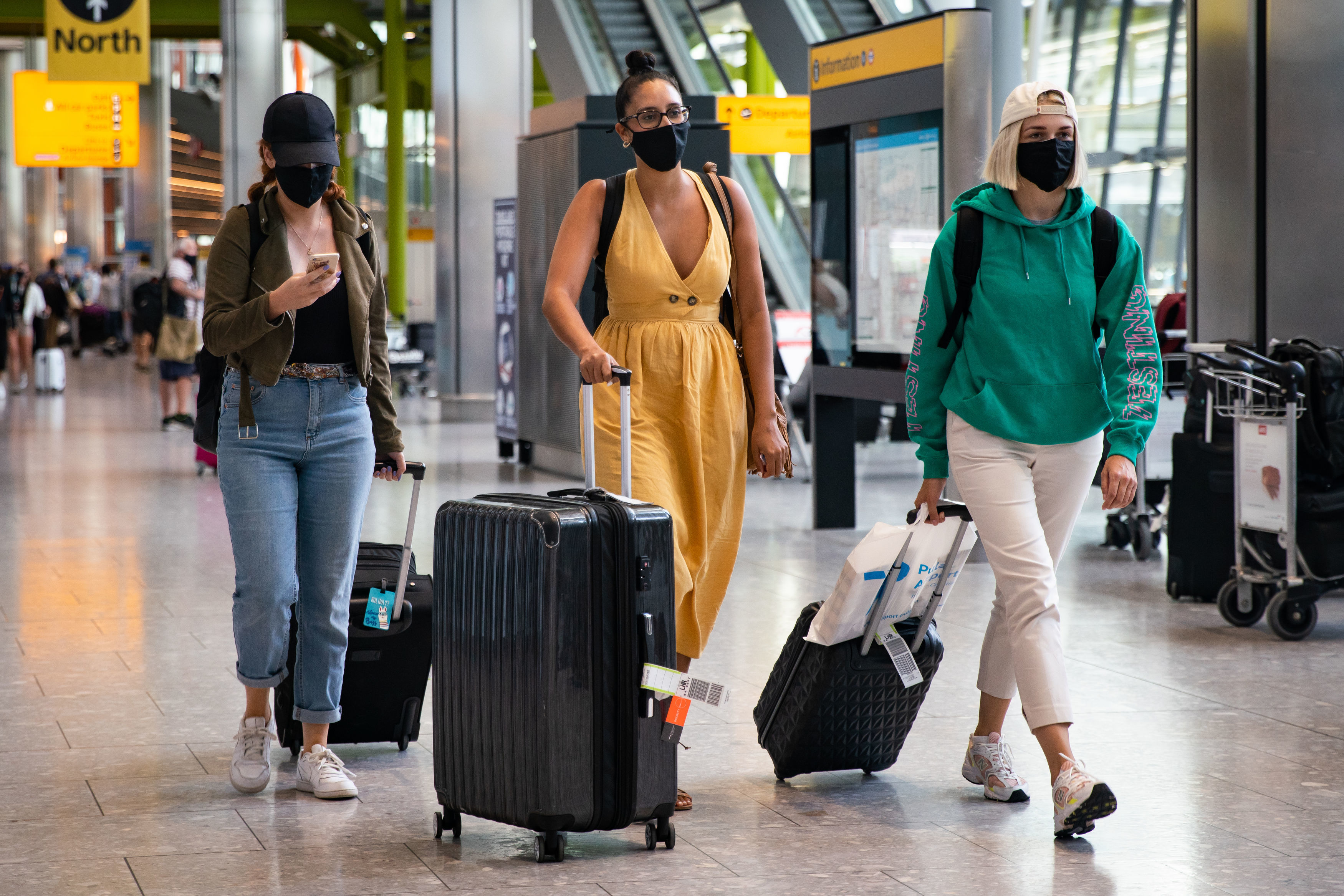 Can I still travel to countries on the quarantine list?

Yes you can, however only for essential travel.

You should check ahead to see what the destination's policies are on arriving from the UK, as many countries want Brits to quarantine on arrival.

You must be prepared to self-isolate in the UK on your return too.

There are also exemptions to the rule, but they are very rare.

Is there a fine if I break quarantine rules?

Magistrates also have the power to prosecute or to issue unlimited fines for persistent breaches, or for refusal to pay a fine that has already been issued.

How are quarantine rules enforced in the UK?

The quarantine is being run and enforced by Border Force, cops, and Public Health England officials.

If returning to the UK from a country on the quarantine list, you will need to provide details of your journey and contact details BEFORE you travel.

Those rules continue to apply for the time being – both to Brits returning to the country and tourists arriving from abroad.

Anyone entering the country must provide contact details and then self-isolate for 14 days, or face a fine of up to £1,000.

Police are conducting checks to ensure people are quarantining and not leaving their residence for the two-week period.

Brits living in the UK can quarantine at their own home, but they are not allowed to leave the house for a fortnight.

Anyone without accommodation should be provided with alternative living space by the government.