Last night at 8pm, Queen legend Brian May went live on Instagram for the first time ever. The 72-year-old admitted, “This is all too scary!”, as he welcomed fans to the world’s first international lockdown launch party. The guitarist was hosting the event with Kings Daughters, whose uplifting new single Get Up launched last week.

May and the Kings Daughters girls sported party hats as they communicated over Zoom before performing the world premiere of Get Up’s music video, the first-ever from lockdown.

The Queen guitarist even improvised a bluesy jam with Izzy Lysell, Vicky O’Neon and Talia Dean.

Meanwhile, May’s wife Anita Dobson – who he referred to as his “special barmaid” during the event – popped in to say hello.

The musicians then took a Q&A session from fans watching, as they opened up on their Get Up collaboration which sees 10 per cent of sales go to mental health charity Mind. 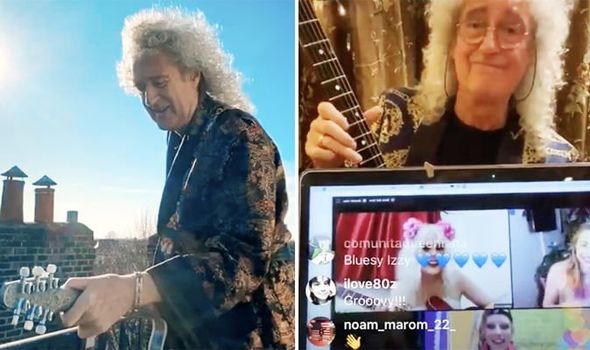 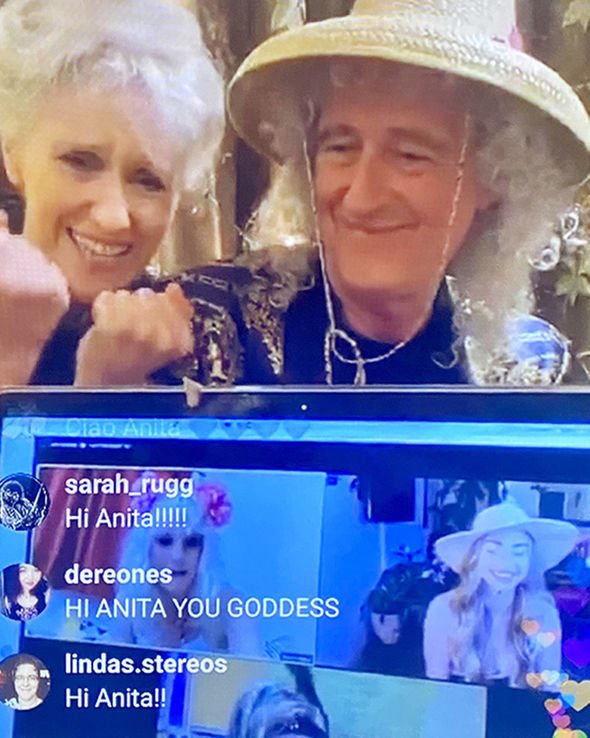 On working with May, drummer Vicky said: “Recording drums in Roger Taylor’s studio…. an experience that if someone would have told me when I first moved to London that this was what I would have been doing, I would never have believed it.

“Is this really real? I thought I would be super nervous to go into that session and forget my part but I just felt so comfortable –  wasn’t nervous at all.

“Thank you, Brian, for creating that space where I felt like I could do that thing and you just supported that.”

Before the lockdown, the Get Up launch was going to be limited to just 200 people, but in the end May felt the Instagram live launch proved better for the environment during lockdown. 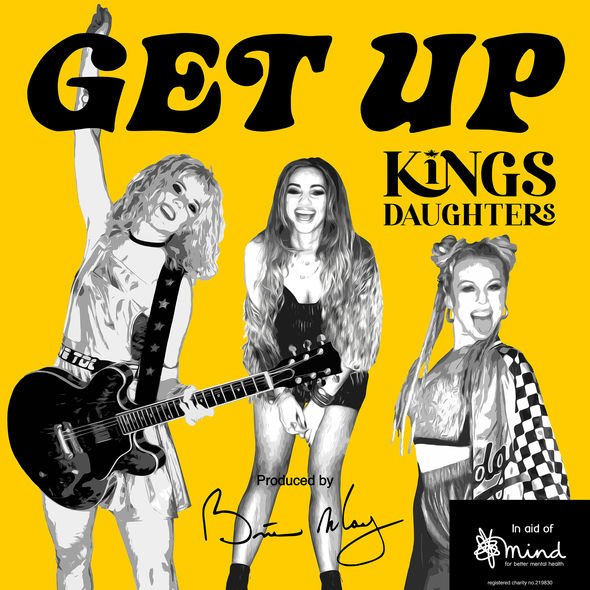 The 72-year-old said: “We’re not burning fossil fuel to do this, we’re not making pollution, so it seems like we should adopt this more in the world to come.

“We can do it this way… we can save the planet a lot of grief, a lot of pollution.

“Wild life everywhere is flourishing whilst we’re in lockdown.”

May added: “Animals aren’t being killed on the road, the air is cleaner, water is cleaner.

“There’s some good stuff about the human race being locked down.

“Let’s see if we can seize on it and keep it in the world to come, I hope so.”

After the Kings Daughters Get Up live launch party ended, May was ecstatic at how well it had gone.

The Queen legend said: “I was amazed ! What a buzz !! Now I really know what it feels like to be flying by the seat of your pants. It was scary and exhilarating.

“Until I pressed the LIVE button I couldn’t be sure my low-tech hook-up of mixed media was going to work – ZOOM to coordinate the artists and IG to transmit to the party-goers.

“I wonder if it will catch on !! The hardest thing apart from juggling the machines was reading the comments and questions because they scrolled up impossibly quickly.

“But it was great fun. Big thanks to all who participated.”