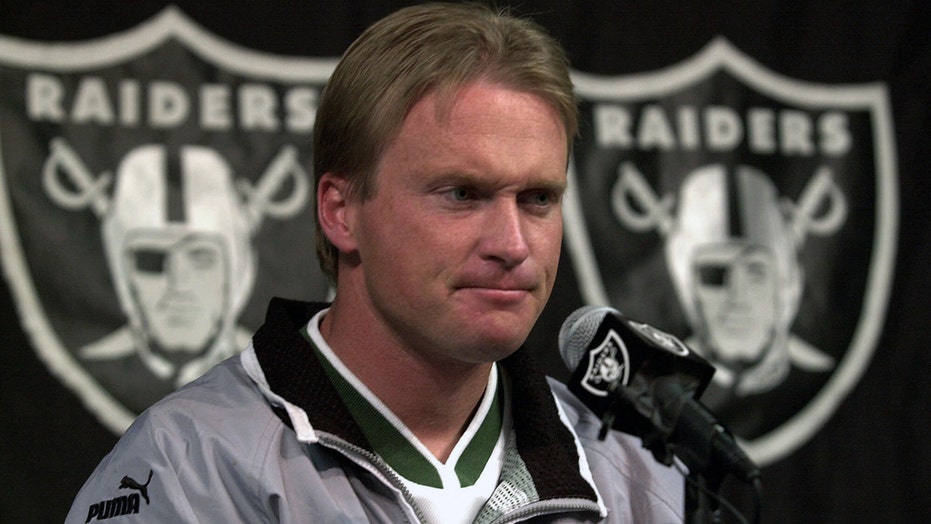 Has the NFL put the proper COVID-19 protocols in place to protect players for the 2020 season? Former NFL player Jack Brewer reacts.

The Las Vegas Raiders took a different approach to show their players the severity of the coronavirus pandemic.

According to NFL Network, when players on the Raiders joined a Zoom call last week expecting to see head coach Jon Gruden, they instead met with special teams coach Rich Bisaccia, who told the players that Gruden had tested positive for COVID-19, and was in the hospital.

JETS LINEMAN ON DECISION TO OPT OUT OF NFL SEASON: 'OUR NATIONAL GOVERNMENT HAS YET TO CONTROL OR CONTAIN THIS VIRUS'

“Jon Gruden's attempt to 'crush' COVID-19 included assistant Rich Bisaccia tricking the players into thinking Gruden had coronavirus. But it wasn't a mean-spirited prank. There was a serious message behind it,” NFL Network’s Mike Garofalo wrote on Twitter.

The Raiders' intention was to prove that anybody could contract the virus and that every player has to be ready to play because the pandemic does not discriminate. NFL Network also reported that the players took the lesson to heart.

Only two head coaches in the NFL have tested positive for the virus; New Orleans Saints’ Sean Payton and Doug Pederson of the Philadelphia Eagles. Both of them were asymptomatic and expected to make a recovery.

Raiders owner Mark Davis already announced that no fans will attend games in the franchise’s inaugural season in Las Vegas.

“No one fan is more important to me than another, no matter if they paid for a $75,000 PSL or a $500 PSL,” Davis told ESPN on Sunday. “They’re all Raider fans to me. My mindset today is no fans [should attend games].”

“I don’t even know if it’s safe to play. ‘Uncertainty’ is the word.”

The Raiders, like the rest of the league, are proceeding with caution, especially now that NFL training camps are underway.