A RARE £1 coin has sold on eBay for £282 thanks to its unusual appearance.

The coin, minted in 2018, has been struck twice so the writing around the outside has been doubled up, and the Queen's head is not aligned in the centre. 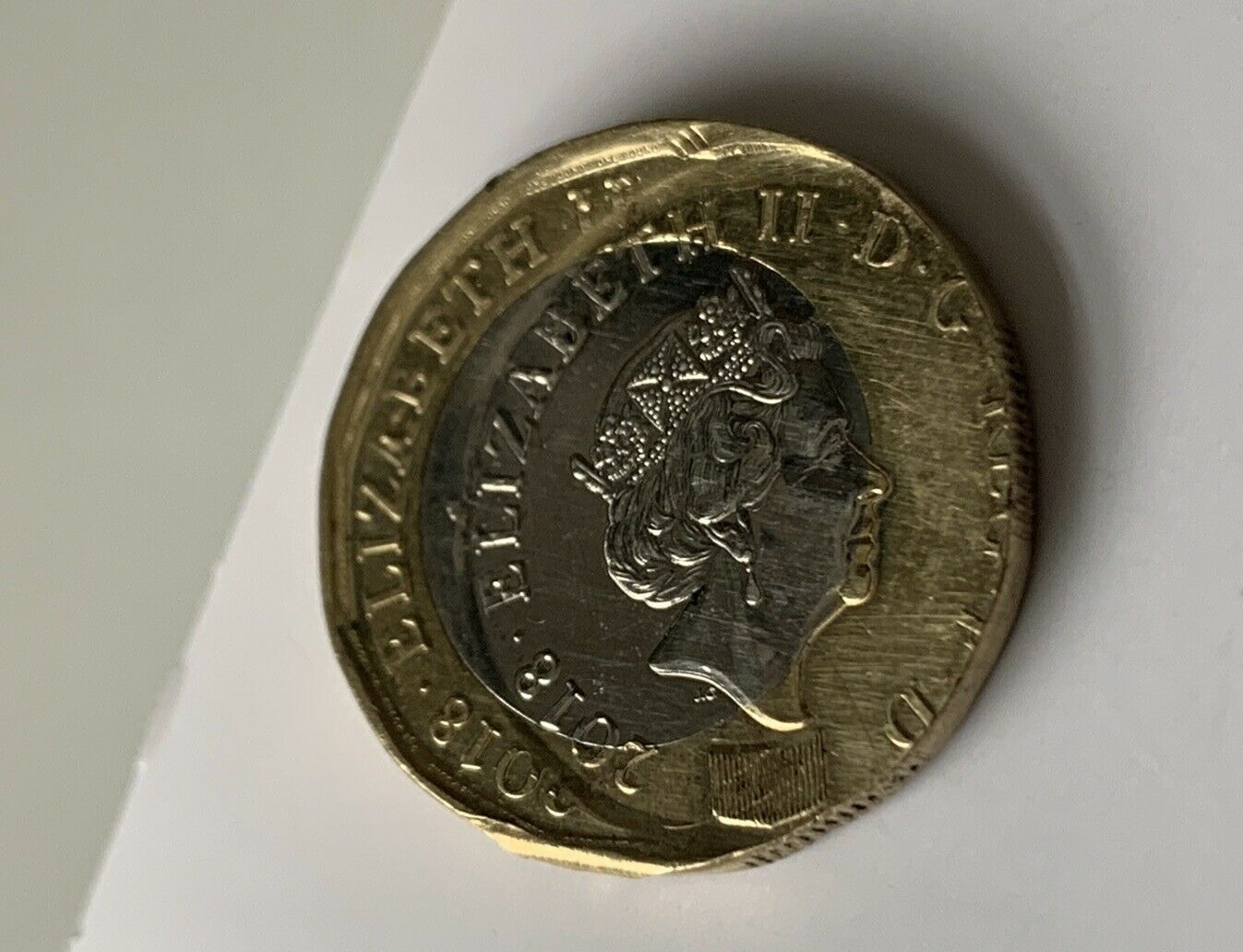 Half of the design has also "fallen off" the right hand side, while the depth of the coin is also off balance – it's thicker at one end compared to the other.

The piece of change is valuable because it's actually an error coin – this is when a coin is made with a mistake on it or something has gone wrong in the minting process.

The Royal Mint manufactures between three million and four million coins a day, so you can see why sometimes things go wrong.

It's pretty rare if error coins make it into circulation, which makes them very attractive to collectors. 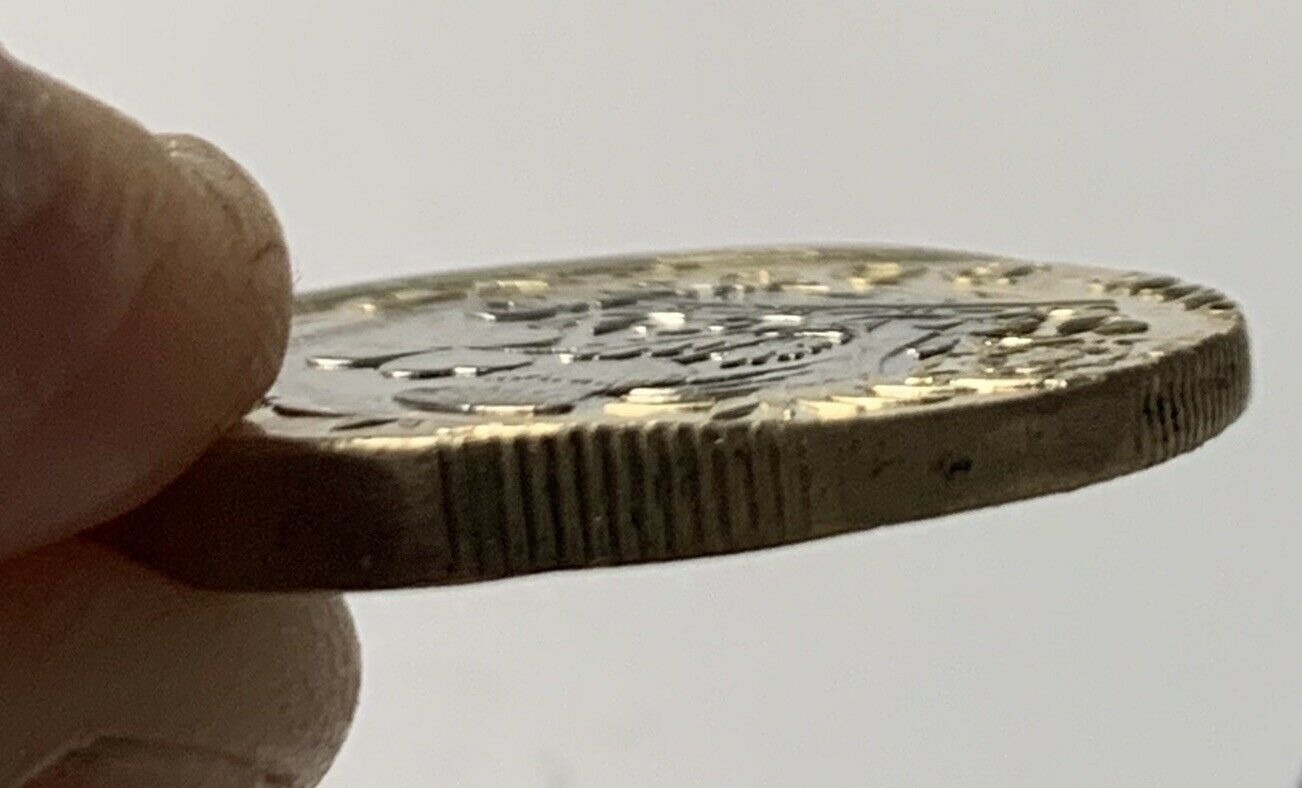 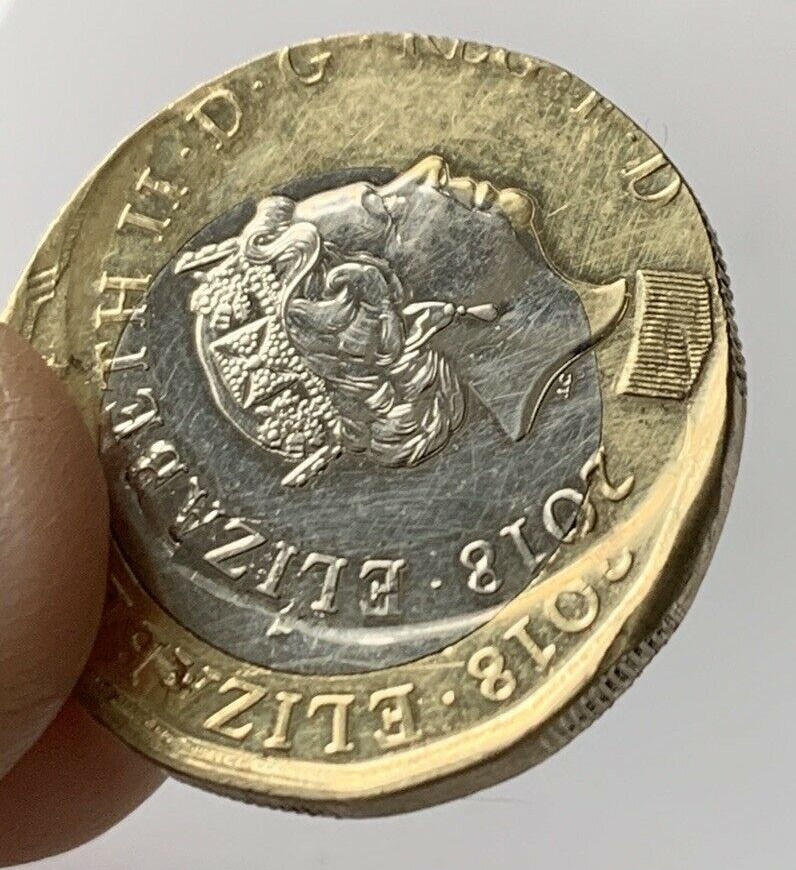 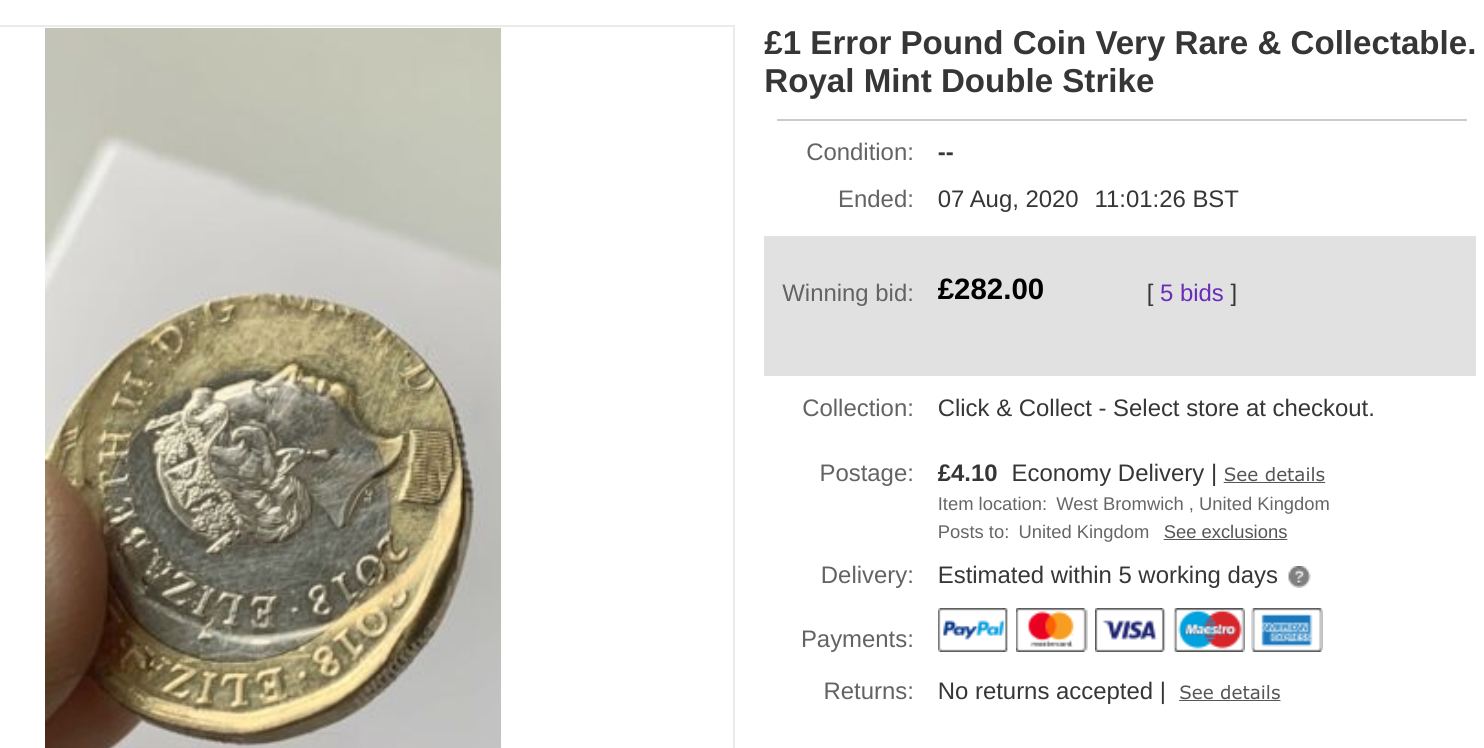 In this instance, the eBay seller says that the die – a blank coin – has been struck twice by accident.

"The coin was struck and failed to eject", the seller wrote in the listing description, "and was struck again making it a very collectable item."

Many collectors will pay over the odds to get their hands on an error coin because often they're super rare or even one of a kind.

After just three days of the auction being live, it received five bids from three potential buyers.

It's not clear whether this is the only coin ever to be minted in this way, or if there are more out there.

This could be important because the fewer there are, the more valuable the coin may be.

RARE and valuable coins can go for a hefty sum – but how do you know if your coin is the result of a genuine minting error?

The best way to find out if you have an error coin is to send it to the Royal Mint museum, which will analyse it and see if it is a result of a genuine minting error or not.

It'll normally take a couple of weeks to get the results back to you.

But remember, there's a difference between a genuine error coin and one that is just imperfect, for example with a design that is not as clear as you'd expect.

And whatever you do, don't be tempted to splash your cash without evidence from the Mint confirming that it's a genuine error.

You can get imperfect coins verified by the Royal Mint, which will be able to let you know if your change is legitimate or not – you'd be surprised at how many fake coins are in circulation.

Getting the coin looked at can also reassure your buyer that they're paying for the real deal – and it could push up the price too.

This particular coin hasn't been verified by the Royal Mint so we have to take the seller's word for it.

The new £1 coins, launched in 2017, are supposed to be the "most secure in the world" but some of them have loose centres, which could make them even more valuable to a collector.

Other minting mistakes have been found with the coin too – an error during the minting process made one coin look like a "fried egg" and it sold for £112 on eBay.

Another seller made £205 after spotting one that had the new £1 design that had accidentally been minted on an old £1 coin base.

If you find an error coin in your change and you want to sell it, you should start by checking on eBay to see how much similar coins have recently sold for.

It’s easy for someone to list a coin for thousands of pounds but the “completed” listings will give you a more realistic idea of sold prices.

Also remember to factor in listing fees before deciding whether to sell the coin.

For specialist coins, or ones that are much older and have a higher value, speak to an expert. Try a valuation service such as Chards.co.uk.

It's not the only error coin that could be worth a small fortune. We've put together a guide to the most valuable ones that might pop up in your change.

One of the rarest and most valuable error coins is the Olympic swimming 50p that was accidentally made with lines covering the athlete. These can fetch as much as £590 online.