Real-life Rapunzel hasn't been to the hairdressers in FIVE years

In fact, the real-life Rapunzel’s locks are longer than she is tall – and she claims people can’t believe her exceptional mane is real.

Malgorzata, 34, who lives in London, started to braid her hair at seven and last had a haircut more than five years ago.

A natural blonde, her hair has taken on a red tinge thanks to a home-made serum, concocted from a mixture of oils, which she applies half an hour before showering. 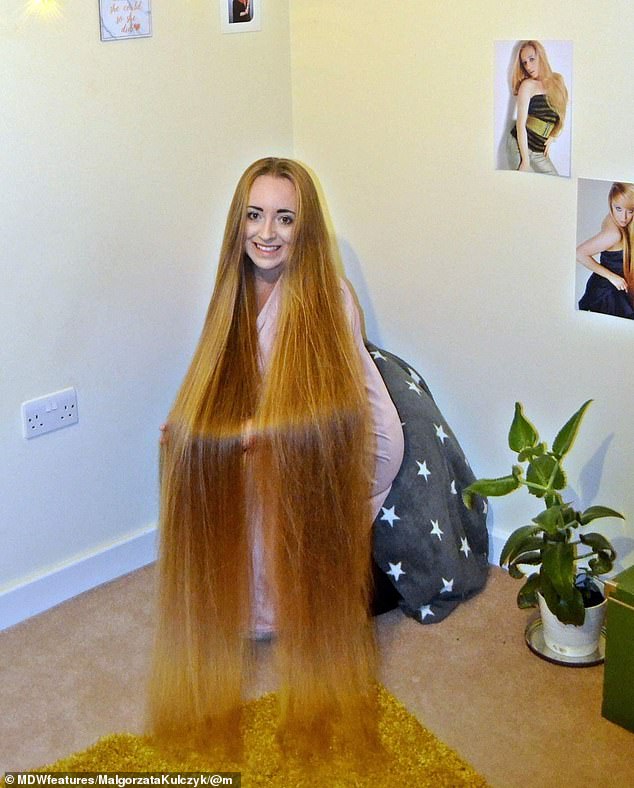 London-based Malgorzata Kulczyk, 34, is proud of her 5ft 2in-long mane, and hasn’t been to the hairdressers in five years 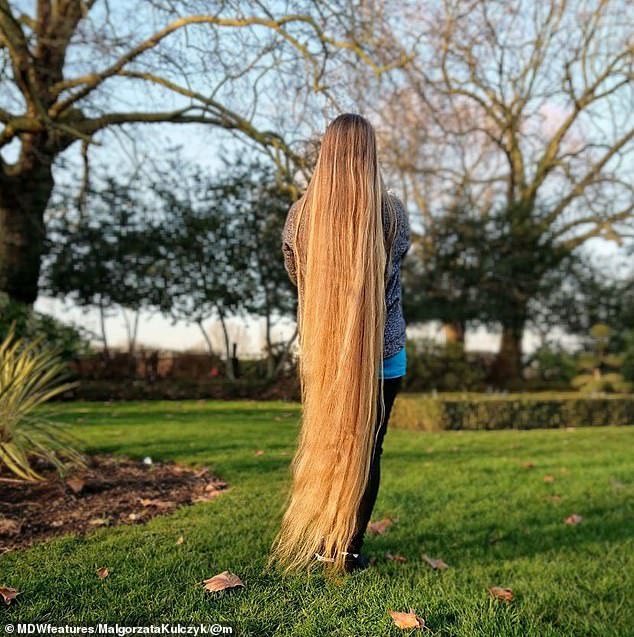 She said her trailing tresses have made her an object of desire, adding: ‘Men can’t believe it is real. They say it is beautiful, impressive and feminine. Some even fall in love with me because of it!’

But not everyone is so enamoured. Malgorzata claimed: ‘People can be jealous. There was one situation when a colleague kept telling me my hair was too long and that I should cut it.

‘She said she thought it must be painful for me and that I probably spent so much time on it.

‘But after a while she changed her mind completely and has even started to grow her own hair out. 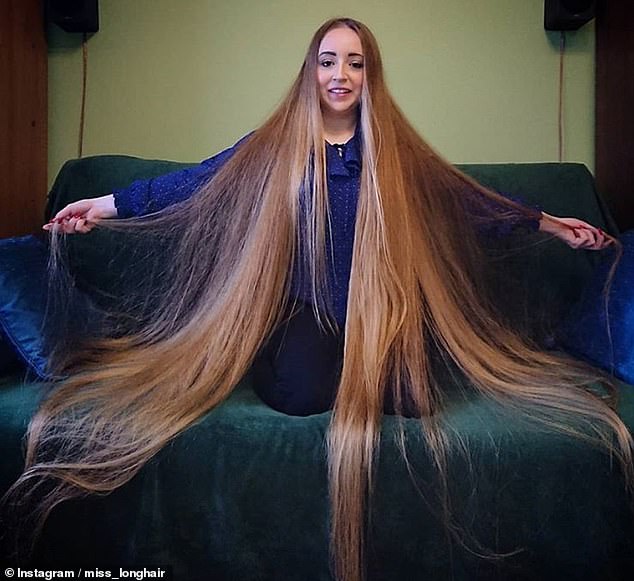 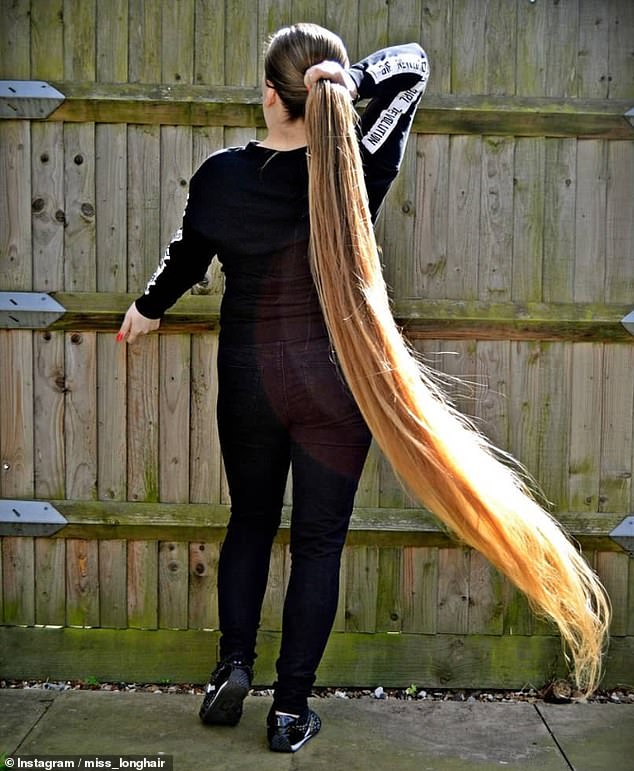 The real-life Rapunzel says she only uses natural products on her mane, especially coconut oil, which is her favourite

Malgorzata, who studies computing in London but is from Poland, began sharing pictures of her mane on Instagram in 2016.

She said that to achieve such lengthy locks you have to be in it for the long game, adding: ‘Patience is the most important thing.

‘My hair doesn’t affect my life much. The sun is my natural brightener. I wash my hair up to three times a week and wear a different style a day – ponytail, braid or bun. I use natural products – anything with coconut oil is my favourite.’ 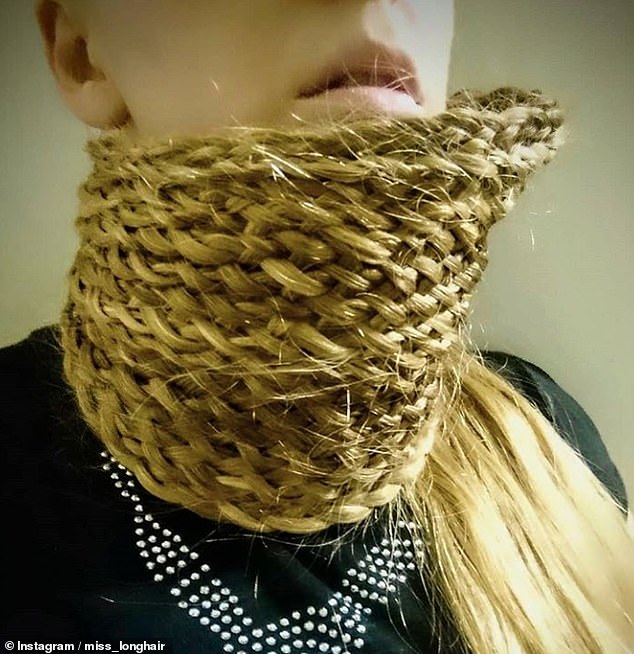 Malgorzata changes her hairstyle every day and is an expert at quick tresses. Her hair is so long she can wrap it around her neck 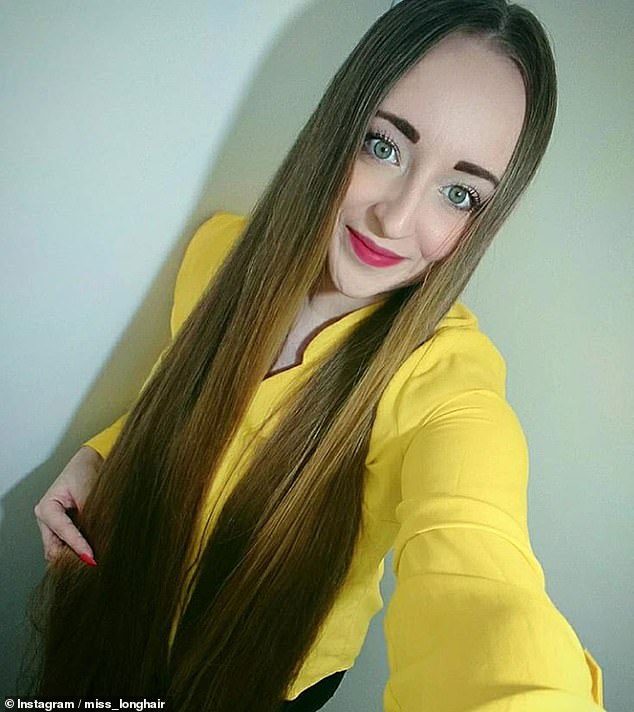