A former policy adviser to the Australian government says funding for academic research is becoming increasingly politicised and projects that are critical of the government are less likely to be funded.

Yun Jiang, director of independent research organisation the China Policy Centre, said ministerial discretion on Australian Research Council grant funding decisions was “opaque” and could lead to the “political interest” being dressed up as the “national interest”. 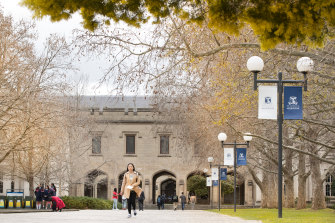 Five applicants for Australian Research Council grants were last year denied funding of up to $500,000 a year after then-education minister Dan Tehan ruled they would be against Australia’s national interest.

The Senate Foreign Affairs, Defence and Trade References Committee is currently holding an inquiry into the contribution of government funding for public research into current and emerging foreign policy issues.

In a submission to the inquiry, Ms Jiang, a former adviser in the Department of Defence, Treasury and Department of Prime Minister and Cabinet, said no full and proper explanation has been offered for the ARC grants that were knocked back last year on national security grounds.

She said Australian research was “subject to increasing political interference, as government ministers seek to intervene in research grant decisions”.

“As the process is not transparent and the scope for discretion is high, there is a real risk of censorship. The Minister may use grant decisions to promote only those views that are aligned with the government.

“Future applicants are also more likely to self-censor as they try to guess the Minister’s intentions for vetoing projects. Such politicisation of Australian government research funding extends to funding for foreign policy issues.”

Ms Jiang said there was no objective criteria for assessing the “national interest”, and it was “deeply problematic and undemocratic if only the government of the day or the minister gets to decide what is in the national interest”.

“This can lead to abuses where the minister substitutes ‘political interest’ for ‘national interest’,” she said. “The risk of this happening is why it is extremely important that a full public explanation is provided if a decision is said to be made in the national interest.

Collaboration between Australia’s intelligence services and universities has ramped up over the past three years in response to the escalating threat of foreign interference on campus.

While anti-espionage agency ASIO has said a number of foreign countries are of concern, there has been growing fears from national security experts that partnerships with Chinese-government organisations have resulted in Australian academics giving Beijing access to sensitive research and technologies.

ASIO boss Mike Burgess has previously said that his agency is not concerned with research that is critical of Australia or tied to a foreign government so long as it declared transparently and the foreign government isn’t using “covert, clandestine and deceptive means to obtain Australian research”. Mr Burgess last month said the existence of China’s Thousand Talents Program was “in and of itself not concerning”. The program gives financial scholarships to top talent in return for China getting access to their research.

Federal Parliament’s powerful intelligence and security committee is holding an inquiry into foreign interference at Australian universities, including the role of the Chinese government’s talent recruitment programs.

During a hearing last month, it was revealed the Department of Home Affairs and ASIO are currently drawing up an expanded list of emerging technologies that should be protected from foreign interference.