Rege-Jean Page, Phoebe Dynevor Clarify 'I Burn For You' Scene From 'Bridgerton'

Does Simon Basset actually burn for Daphne Bridgerton? According to Regé-Jean Page, that Bridgerton scene might not be how fans actually remember it.

Ready for More? Everything We Know About Season 2 of ‘Bridgerton’

“No. This is an injustice that needs to be put right! I do not say, ‘I burn for you.’ It’s not my line!” Page, 31, joked about the misconception during Variety’s Making a Scene series on Monday, June 7.

The For the People alum explained that the “Mandela Effect” must have altered how most fans recall that scene. 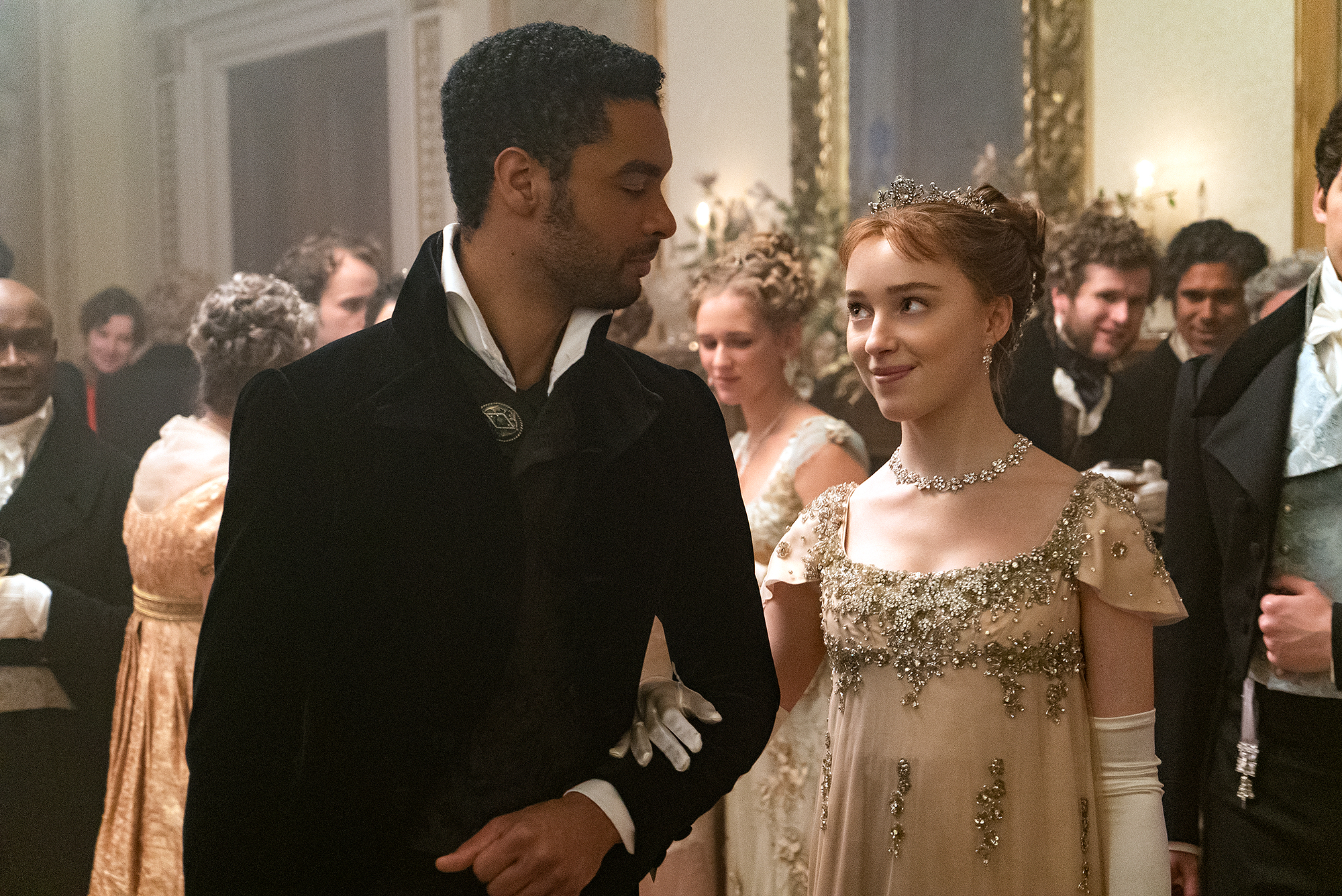 “Everyone clearly was feeling very burned for, which I’ll take as a compliment,” he added about the iconic moment between Simon and Daphne in the Regency-era series.

Phoebe Dynevor, for her part, wasn’t expecting that particular line from the wedding night scene to become such a highlight for viewers.

For the Younger star, the credit for that memorable conversation goes to the writers who made it jump off the page.

“The key to dialogue like that is just to make it as organic and as real as possible. There’s no other way to play saying a line like that than to make it an inward feeling,” Dynevor shared.

While fans fell in love with Daphne and Simon’s relationship in season 1 of Bridgerton, Dynevor previously shared how season 2 will offer glimpses at the couple following Page’s exit from the Netflix series. The British actor announced in April that he wouldn’t be reprising his role in the show’s next chapter.

“I think he’ll definitely be referred to a lot. I think we’ll see the baby. And we’ll just focus more on her relationship with the Bridgerton family,” Dynevor told The Wrap earlier this month.

Season 2 follows Anthony Bridgerton (Jonathan Bailey) on his own journey to find love. While fans are eager to see what the series has in store, they’re still heartbroken that Page won’t come back for cameos in future seasons.

“It’s a one-season arc. It’s going to have a beginning, middle, end — give us a year,” he explained to Variety in April. “One of the things that is different about this [romance] genre is that the audience knows the arc completes. They come in knowing that, so you can tie people in emotional knots because they have that reassurance that we’re going to come out and we’re going to have the marriage and the baby.”

Dynevor believes that viewers who enjoyed Simon and Daphne’s story will be surprised by the direction the show will go, but their smaller role in the narrative won’t take away from what made Bridgerton such a massive success.

“I think the fans who have read the books and know the books are aware that every season will focus on a different sibling’s journey,” Dynevor clarified to The Wrap in June. “And it might be a little bit more of a — not shock, but like a surprise for the fans that love Daphne and Simon’s story so much. But I think that’s honestly the joy of the show in the long-term, getting to see these different love stories play out.”