The Season 13 trailer for ‘RHOA’ shows drama unfolding at Cynthia Bailey’s bachelorette party, where it was rumored that a stripper got frisky with two guests.

“What happens in the dungeon, stays in the dungeon,” Kandi Burruss mysteriously says at the end of the Season 13 trailer for The Real Housewives of Atlanta, which dropped on Oct. 29. Everyone’s been dying to know what exactly happened at Cynthia Bailey’s bachelorette party, after a report emerged on Oct. 8 claiming that two of her co-stars got frisky with a male stripper. While the stripper himself — Michael “BOLO” Bolwaire — has previously insisted that “nothing happened,” the new trailer debuts footage of this stripper party and the drama it causes!

The trailer kicks off with Cynthia’s wedding party entourage dancing and partying with Michael, whom HollywoodLife confirmed was the stripper who performed at the bash. However, the teaser takes a scandalous turn when it shows security footage of various rooms at the bachelorette party house, which soon cut to say “no signal.” And then, someone off-screen says, “Turn off the cameras and we can actually have fun.” The trailer then jump cuts to a confessional of Porsha Williams, who lets out a chuckle! 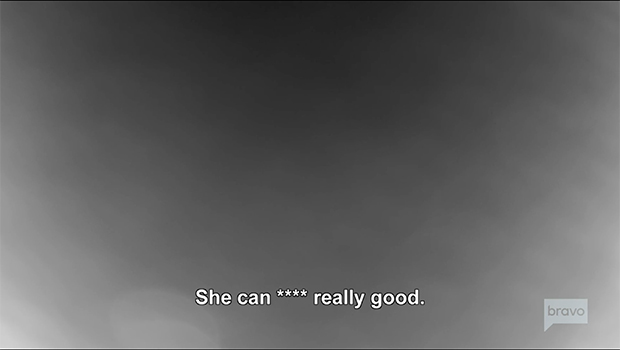 The end of the trailer returns to this scandal, which is now being discussed over a group dinner. “I’m hearing sex noises coming from a bedroom,” Kenya Moore claims, leading the trailer to show the security footage again (this time with suspicious audio). “There wasn’t a sex party,” one of the party guests says, and once again, behind-the-scenes audio is played of a woman saying, “She f–ks good.” Cut to another confessional of Porsha, who asks in shock, “Who said that?”

The trailer then shows a one-on-one conversation between Tanya Sam with Porsha. “She’s making disparaging comments about me and you involving a stripper,” Tanya tells Porsha, who later says, “Wow, I’m over this.” 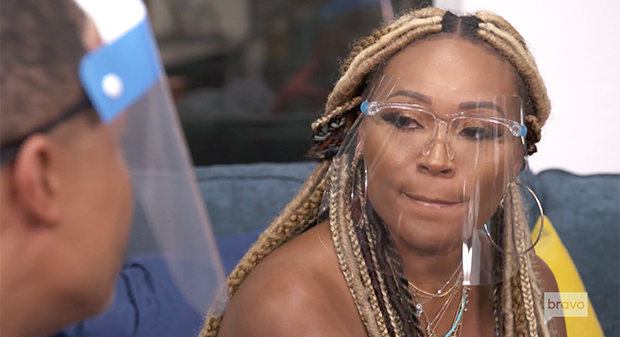 The mystery continues! Despite the scandal teased in the trailer, multiple RHOA stars have denied their involvement in the stripper scandal: Kenya, Marlo Hampton, LaToya Ali and Falynn Guobadia. The original Page Six report also made sure to point out that the alleged stripper scandal didn’t involve Cynthia, who tied the knot with Mike Hill on Oct. 10.  Tanya had also defended herself in an Instagram post, writing, “I will address this topic now and will not entertain this absurdity any further. The rumor circulating about me is NOT TRUE.”