Tamra Judge from The Real Housewives of Orange County is blasting her former co-star Kelly Dodd. The fitness guru has been at odds with Dodd following their multiple tiffs during season 14 of the reality show. After an old video resurfaced where Dodd is saying racist remarks, Judge has called on Bravo to fire her. 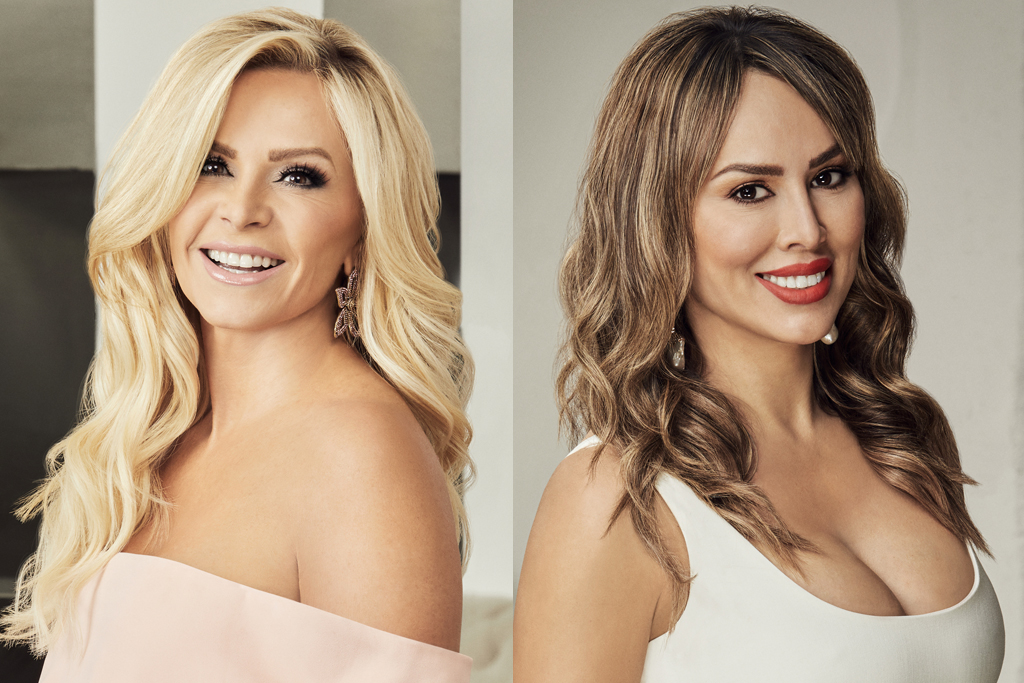 What did Kelly Dodd say?

On the heels of Stassi Schroeder and Kristen Doute getting fired from Vanderpump Rules for their racial sensitivities, fans are turning to RHOC. A video of Dodd saying horrific things has resurfaced and they are calling on the cable network to discipline her.

In the video from TMZ, Dodd was captured outside a restaurant in Los Angeles. The latter is heard saying she didn’t “like” or “know” any Black guys. When the video was posted in 2016, Dodd immediately apologized for what she had said.

“I am truly embarrassed,” Dodd said at the time according to Us Weekly. “There is no excuse for bad behavior or comments that offend anyone. That video does not represent who I really am and I apologize for acting irresponsibly.”

As the video resurfaced, Judge was asked by one of her fans during an Instagram Q&A if Dodd should be fired from RHOC.

“Yes, I do, that TMZ video is disgusting!” Judge answered. “Bravo shouldn’t just single certain people out like Stassi & Kristen. There should be zero tolerance at this point.”

It wasn’t long before RHOC fans reacted on social media after Judge called on Bravo to ax Dodd from the show.

“She’s right,” a Twitter user agreed. “But Tamra really shouldn’t speak on the matter considering her son’s own behavior.”

The fan is calling out Judge’s son for his statements on social media and outspoken Trump supporter.

“Tamra needs to go away, seriously,” a fan said.

“Tamra is a nasty person. She should mind her own business, she’s always mean,” another viewer commented.

“Tamra should probably sit this one out considering all the stupid sh** she and members of her family have said,” another fan mentioned.

“Can we all just agree Tamra is a bitter and stop giving her a platform when no one wants to hear her whining anymore?” another viewer said.

I want out 😫 how are you guys holding up ? What are you doing to keep yourself busy ? Im going to use my time wisely, signing up for an online course on house staging/interior decorating @nyiadschool 🏠 Something I’ve always wanted to do.

Tamra Judge is not friends with Shannon Beador

Although Judge decided to part ways from RHOC after only being offered a part-time role for season 15, she’s still in the middle of drama. One of her closest friends on the series was Shannon Beador, who will continue to appear in the new season.

Judge recently revealed she and Beador had a falling out. It all happened after the latter posted a photo of herself with Dodd.

It’s fun being neighbors with these two.. @shannonbeador and John..

“As soon as we’re not on the show anymore, she just doesn’t have any time for us anymore and it really just kind of hurts my feelings,” Judge continued. “I felt like on the show, off the show, whatever, she was my friend, you know? I helped her through this divorce, I spent hours in the middle of the night answering phone calls.”

The Real Housewives of Orange County is set to resume filming in the coming weeks after the coronavirus forced them to shut down.