RICKY HATTON showed he's not lost his class as he impressed in a session on the heavy bag.

The Hitman, 41, wore a full sweat suit in the sun as he pounded the bag, with Iggy Pop's Lust For Life playing in the background. 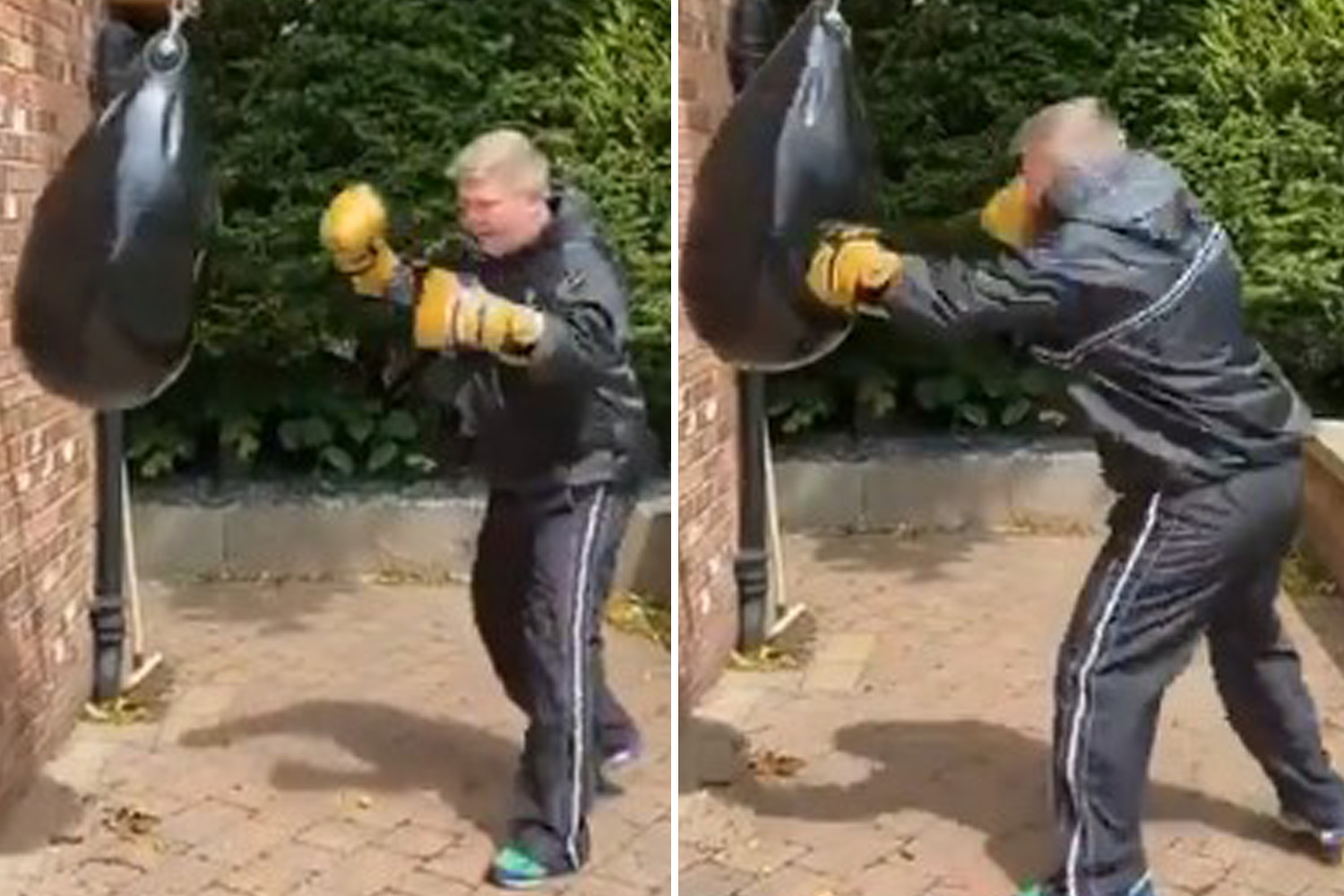 Ring comebacks are all the rage in boxing at the moment, amid speculation of Mike Tyson pulling his gloves back on at the age of 53.

And fans talked up their hope of Hatton pulling off a similar return after his social media clip.

But the Manchester star, who won world titles at light-welterweight and welterweight, said last month that a comeback was a "non-starter."

With Shannon Briggs, 48, claiming he has an agreement to fight heavyweight legend Tyson, and Evander Holyfield another mooted opponent, Hatton recently gave a word of caution to veterans planning a comeback.

He stated last month: "We all make comebacks because we have so much to improve. That’s why I came back because I felt like I had to redeem myself.

"But Mike has mentally got himself on track, not just physically on track. He’s looking better, talking better, and feeling better.

“Now his body is right, and his head is right, why is he thinking comeback? I don’t get it. It would be a tragedy for him after he went through all those bad times, and got back on the straight and narrow to do himself some serious injury.

“But with Mike making a comeback, I really hope he doesn’t. I think I’m not alone saying that."

WOULDN'T BET YOUR HATT-ON IT

The chances of seeing Hatton fight again appear to be comparatively low.

Last year, Ricky's son Campbell played down its likelihood while Nigel Benn was preparing to make a comeback – which was eventually cancelled due to injury.

He told World Boxing News: “I don’t think my dad would consider a comeback in the way Nigel Benn is talking about doing.

“He has worked hard, proved himself in the ring and now he can enjoy his retirement."

That said, Hatton has managed to shed a stone thanks to an extensive training regime he undertook during the coronavirus lockdown.

The former light-welterweight champ told GMB: "The best thing that has helped me get through [lockdown] has been my own work and exercise and my training.

“I have been very fortunate, I have lost about a stone in weight believe it or not.

"I am still a little bit on the chubby side but it’s been very good for me in that perspective. It gives you a lot of time to reflect."