The ‘sneakily sexist’ language brands use to trick women: New book highlights how wording such as ‘wellness’ for weight loss and ‘ageless’ for anti-ageing lures in female customers

A new book has revealed the rise of ‘sneaky sexism’ brands use to trick women into buying their products.

Brandsplaining, by Philippa Roberts and Jane Cunningham, unveils some of the techniques advertisers use to make themselves seem ‘fempowerment’ friendly to their customers.

However, the authors have cast doubt on whether the messages presented to clients are as ‘supportive’ as they seem – and cited Barbie, with her skinny physique, long blonde hair and blue eyes, sporting a t-shirt emblazoned with the logo ‘Be Yourself,’ as an example.

‘We are now seeing a phenomenon that we describe as “sneaky sexism” – where brands nod along to the codes of the new era but continue with the old practices in ways that are disguised; implicit rather than explicit,’ they wrote for The Telegraph.

‘Look around and you’ll see…token appearances everywhere: a BAME woman, or an older woman, or a plus-sized model included, but only for their exceptionalism.’ 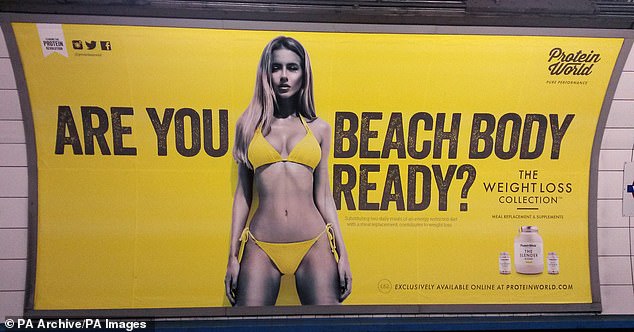 A new book has revealed the rise of ‘sneaky sexism’ brands use to trick women into buying their products. Pictured, the authors noted how objectification was a strategy previously used in marketing – and cited Protein World’s ‘Are you beach body ready?’ advert 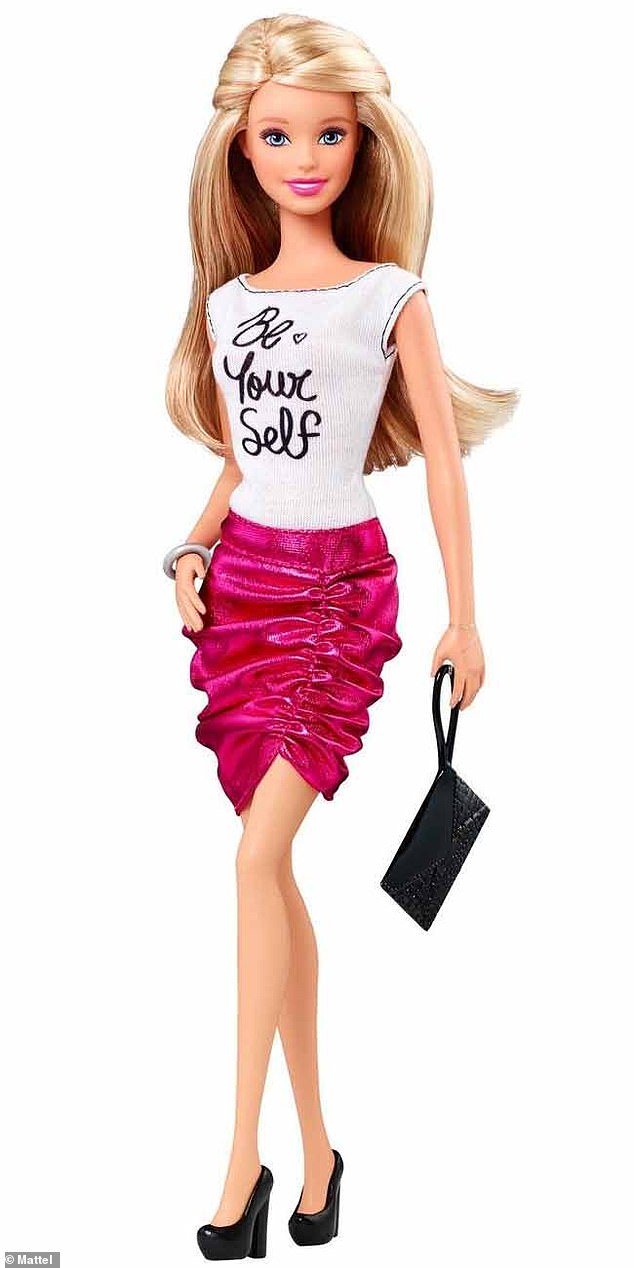 The authors cast down on whether the empowering messages presented to female customers are as ‘supportive’ as they seem – and cited Barbie, with her skinny physique, long blonde hair and blue eyes, sporting a t-shirt emblazoned with the logo ‘Be Yourself’ as an example (pictured)

They also went on to note how blue and pink marketing has been replaced by ‘coded versions’ – with ‘pastel floral decorative for her’ and ‘dark and structured for him.’

Philippa and Jane have spent the last 15 years carrying out research with women in a bid to understand their responses to the marketing targeted at them.

They explained that at the beginning of their research, the male-dominated marketing and advertising industries tended to treat women ‘disrespectfully.’

While anything to do with machinery or business was targeted at men, they told how all things housework and appearance were predominantly aimed at women.

Also at play were concepts of ‘shrink it and pink it,’ which they explained was where products were sold to women at a premium price just because they were pink, while ‘shaming’ was also a popular form of advertising, with the narrative: ‘Are you worried about the visible signs of aging?’ proving a common choice.

They additionally noted how ‘objectification’ was a strategy used – before citing Protein World’s ‘Are you beach body ready?’ advert.

The poster, which was voted the worst advert of the year in 2015, featured a bikini-clad model and claimed to promote weight loss but came under fire from feminists and body image campaigners who said it was body-shaming. 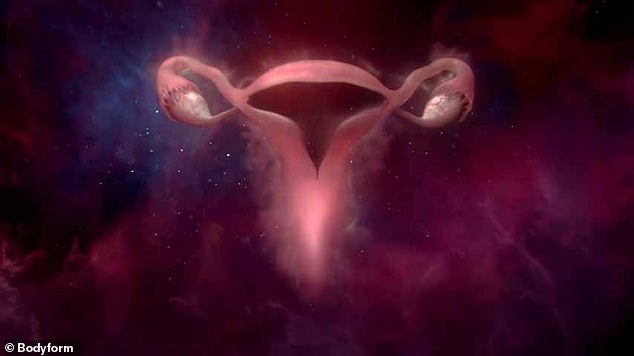 The authors  praised brands including the likes of Dove, Bodyform (pictured), Always and Bike for challenging narratives of traditional marketing

Many of the posters, which appeared in the London Underground, were defaced and a petition calling for their removal received more than 70,000 signatures.

The company denied it was ‘body shaming’ and said it aspired to make the ‘nation healthier and fitter’.

The authors went on to discuss how ‘fempowerment’ initially felt like a positive change – and praised brands including the likes of Dove, Bodyform and Always for challenging stereotypes and traditional marketing.

However, they suggested that when it came to other brands, digging a little deeper underneath the glamorous adverts revealed that a lot of the old practices are still at play.

In their new book, the authors, who say that adverts are still portraying women as ‘vacant and dumb,’ found that a staggering of 85 per cent of women featured in advertising could be described as ‘traditionally attractive.’

Meanwhile, over a quarter of the ads presented women in unreconstructed ‘male gaze’ poses.

They continued: ‘Listen to the (usually male) voiceover and hear how the same old critical and perfectionist narratives are now being told in the subtext: weight loss described as ‘wellness’ or anti-ageing positioned as ‘ageless’.