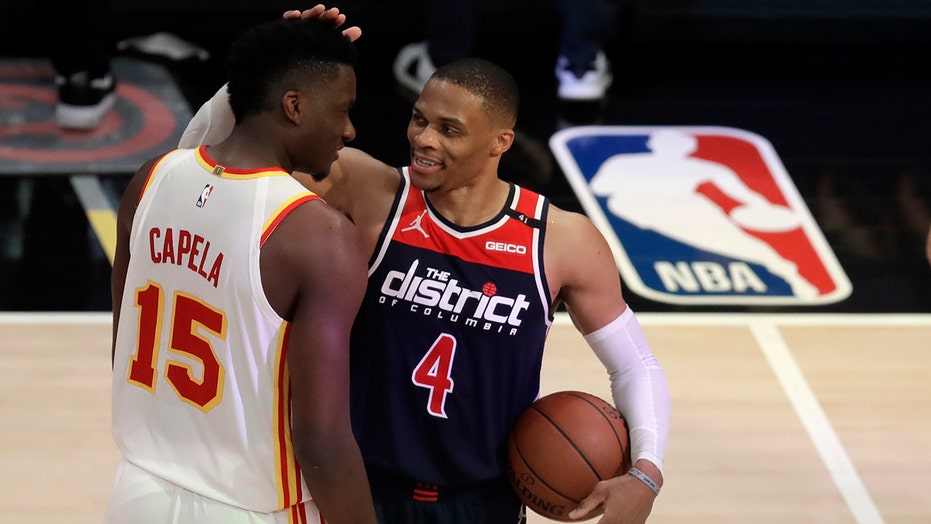 Washington Wizards star Russell Westbrook made history on Monday, as he notched his 182nd career NBA triple-double, breaking Oscar Robertson’s record for the most in league history.

Westbrook eclipsed the record when he grabbed his 10th rebound with 8:30 remaining in the fourth quarter against the Atlanta Hawks at State Farm Arena. He finished the 125-124 loss to the Hawks with a team-high 28 points, 21 assists, and 13 rebounds.

Robertson’s record of 181 triple-doubles had stood since 1974. Westbrook, who in his 13th NBA season, has played 100 fewer games than Robertson, a Hall of Famer. 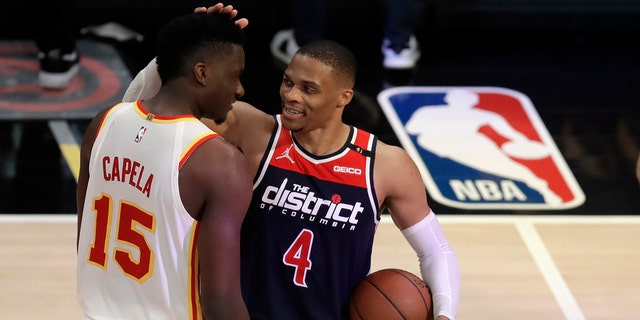 Washington Wizards’ Russell Westbrook (4) is congratulated by Atlanta Hawks’ Clint Capela at the end of an NBA basketball game Monday, May 10, 2021, in Atlanta. (AP Photo/Ben Margot)

It’s unlikely that anyone will break his record anytime soon.

Hall of Famers, Magic Johnson (138), and Jason Kidd (107) are the only other NBA players to record more than 100 career triple-doubles. No other active player has eclipsed the century mark. Los Angeles Lakers star LeBron James is fifth on the all-time list with 99.

Westbrook tied Robertson’s record of 181 in a win over the Indiana Pacers on Saturday.

“Every time I step on the floor, I try to leave everything on the floor,” Westbrook said at the time. “And when I’m all done, I can look back and no one can say I didn’t compete at the highest level or that I cheated the game.”

In a recent interview with Marc Stein of the New York Times, the Hall of Famer said he hoped Westbrook would break his record.

“There’s no doubt about it. I hope he gets it,” Robertson said. “I think he’s one of the elite guards in basketball, and I think it’s ridiculous that some sportswriters criticize him because he has not won a championship. Players don’t win championships by themselves. You’ve got to have good management.”

Westbrook already set the record for most triple-doubles in a season with 42 in 2016-17, when he broke Robertson’s record of 41. He entered Monday averaging 22 points, 11.6 rebounds, and a league-high 11.5 assists per game this season.