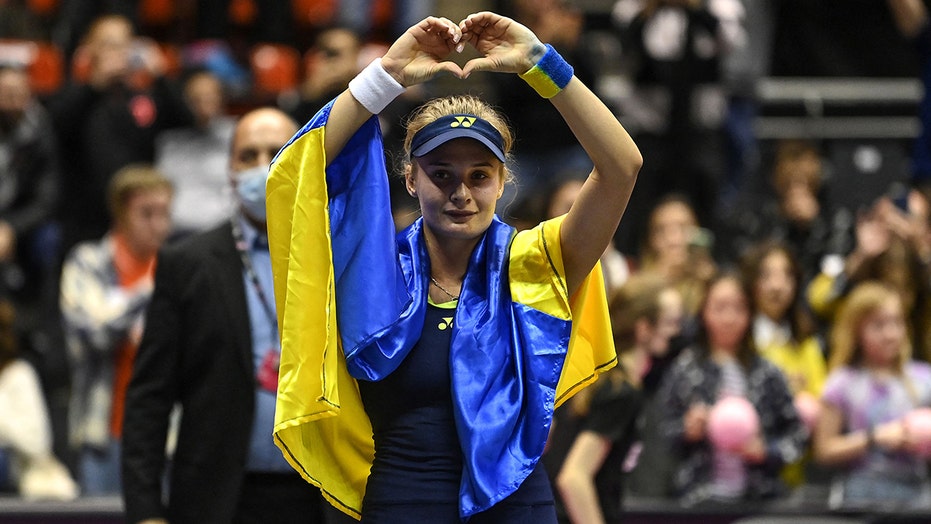 We feel the support of the world: United Help Ukraine president

Maryna Baydyuk shares how viewers can help alleviate the humanitarian crisis in the war-torn country on ‘Fox News Live.’

Dayana Yastremska fled war-torn Ukraine to Romania and then to France to play in the Lyon Open earlier this week and on Sunday she was narrowly defeated by Zhang Shuai 6-3, 3-6, 4-6.

It was Yastremska’s first final since losing to Ash Barty in the 2020 Adelaide International. She rode a wave of perseverance to get past Ana Bogdan, Cristina Bucșa, Jasmine Paolini and Sorana Cîrstea to get to Zhang before her run finally came to an end.

Draped in the Ukrainian flag while getting choked up trying to hold back tears, Yastremska said the week had been “really tough.” 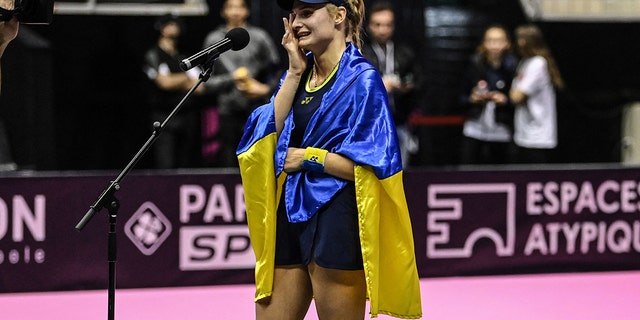 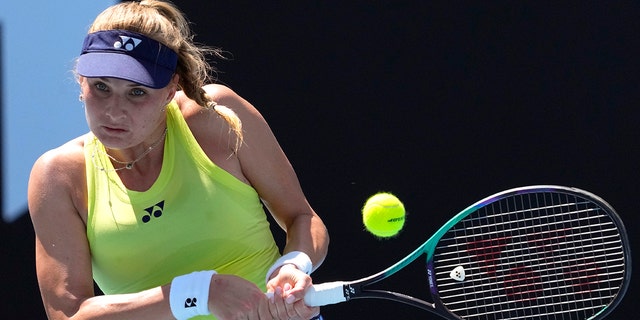 FILE – Dayana Yastremska of Ukraine plays a backhand return to Madison Brengle of the U.S. during their first round match at the Australian Open tennis championships in Melbourne, Australia, Jan. 17, 2022.
(AP Photo/Simon Baker, file)

Yastremska entered the French tournament as a wild card.

In the round of 16, Yastremska picked up a straight-set victory against qualifier Bucșa 6-2, 6-3 to reach the quarterfinal round and a tough opponent. Paolini was the No. 5 seed in the event with more than 270 wins as a singles player. However, Yastremska again showed no fear and upset Paolini 6-4, 7-6 (7-3).

Cîrstea, the No. 2 seed in the tournament, and Yastremska had a back-and-forth match on Saturday.

Yastremska needed to get to a tie break in the first set. She won the first set 7-6 (7-5) but lost the second 4-6. Yastremska defeated Cîrstea in the final set 6-4. Yastremska managed to win despite seven double faults. She was 5-for-9 on break points.

The 21-year-old got to her first final since 2020 and ran into Zhang, the eighth seed from China. Yastremska won the first set 6-3, but the magic ran out as Zhang came back in the second and third sets to win the match. 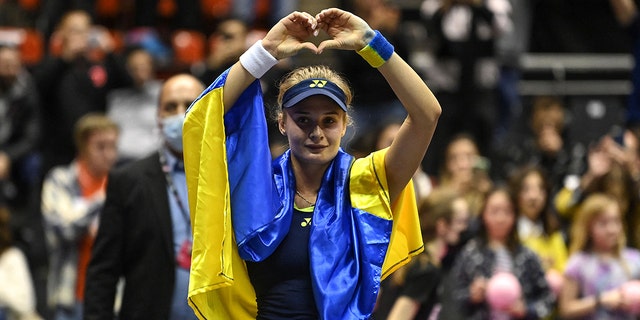 Yastremska told the crowd in Lyon that she was going to donate her earnings from the Lyon Open to those in Ukraine affected by the war.

“The prize money I’ve earned here, I’m going to give to the Ukrainian foundation to support the Ukraine. And if the Ukrainian people are watching me, I want to say you guys are so strong,” she said. “You have an amazing spirit and I tried to fight for Ukraine and I want to say thanks to every single person from Ukraine for standing by the Ukraine and showing the people we have a really strong spirit.”

Yastremska addressed fans on social media after her loss to Zhang and thanked them for their support.

“My beloved Ukraine, I really wanted to win this one for you!!” she tweeted. “I gave my absolute best throughout this week because that’s what Ukrainians do! Thank you for all the support I received this week, it means the world to me. I am forever grateful!”