Home » Lifestyle » Samsung extends deadline before it will DELETE your photos, videos and files

Samsung extends deadline before it will DELETE your photos, videos and files 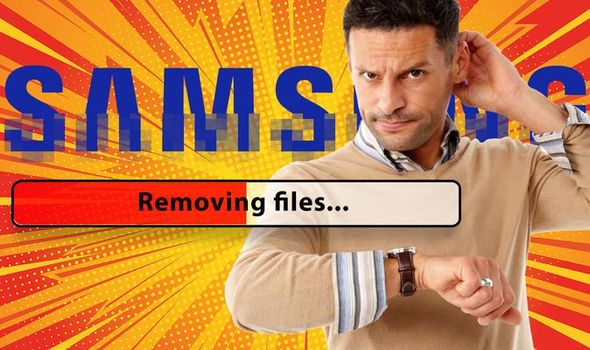 Samsung will offer its users a little more time to download their data before it begins deleting photos, videos, and files from its servers. If you’re not up to speed, here’s what you need to know. Samsung is cutting back a number of features from its Samsung Cloud service, which is available to all Samsung smartphone and tablet customers. In the past, Samsung smartphone owners could use Samsung Cloud to store copies of any photos in the Gallery app – leaving you with a back up in case you lose or break your handset.

Likewise, any documents stored within the Files app would also be backed up to Samsung’s servers. This feature, dubbed Drive, alongside the photo storage, known as Gallery Sync in Samsung marketing speak, will be dropped by the South Korean firm in the coming months.

Samsung has previously stated that its service would be dropped by the end of May 2021 in the UK, mainland Europe, United States and Australia. However, the smartphone manufacturer has now pushed back that deadline by three months.

If you’ve ever owned a Samsung-branded smartphone and used its Samsung Cloud system to store copies of your local files, you have until August 1, 2021 to download your data to the built-in storage on your device or laptop, or migrate it to another storage solution. Samsung has teamed-up with Microsoft to make it easy to move everything stored in Samsung Cloud to OneDrive. 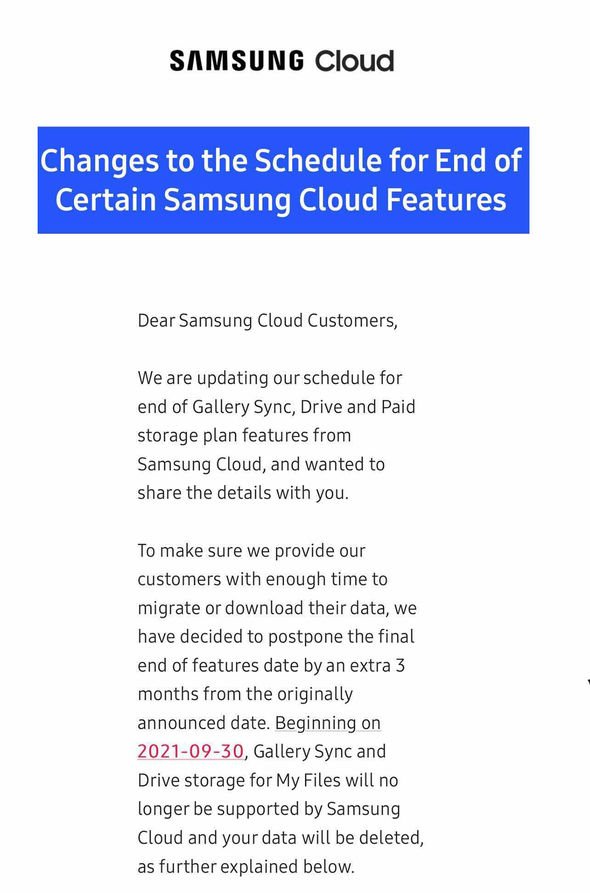 The latter is only available until August 12, 2021. After that, you’ll only be able to download your files to local storage until Samsung Cloud completes shuts down on September 30, 2021. When that happens, Samsung will remove everything stored on Samsung Cloud by users.

In other words, if you haven’t switched your back up from Samsung Cloud to OneDrive by August 1, or downloaded all of files to another machine by September 30, then any photographs, videos, or documents will be deleted by Samsung.

Confirming the three-month extension to the initial deadline, Samsung wrote in an email to customers with data locked away in its Samsung Cloud service, “To make sure we provide our customers with enough time to migrate or download their data, we have decided to postpone the final end of features date by an extra 3 months from the originally announced date.”

Microsoft only includes a data allowance of 5GB with free OneDrive accounts, with anyone who needs more space required to pay a monthly fee. However, if you take advantage of the migration ability available to Samsung Cloud customers, Microsoft will increase that free allowance to 15GB – that’s the same capacity as the free Samsung Cloud account when that service was available.

It’s worth noting that Microsoft will drop that complimentary OneDrive storage after one year.

So, if you have 10GB of data stored with the service after migrating from a Samsung Cloud account, you’ll need to cough up in the future if you want to continue using OneDrive. In the meantime, it’s a quick and easy way to make sure you don’t lose any treasured family photos or helpful documents during this transition.