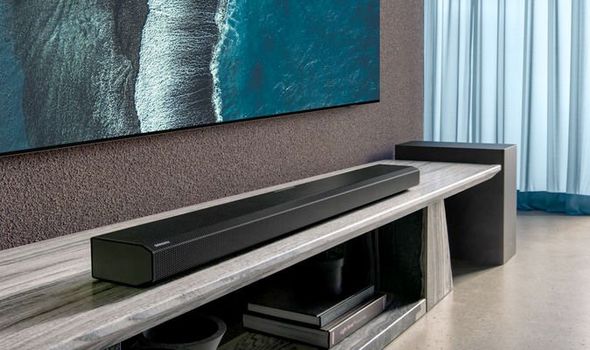 Samsung has unveiled two all-new soundbars during its (virtual) keynote at the Consumer Electronics Show, CES. The new Q series soundbars are designed to bring cinematic sound to your next movie night at home …something that’s likely to come in handy over the coming weeks and months as we continue to live under tough restrictions to prevent the spread of the coronavirus.

Dubbed HW-Q950A and the HW-Q800A, Samsung’s new soundbars are designed to fill every corner of your living room with sound, thanks to their new SpaceFit Sound feature. This is designed to calibrate the sound for the room where you’re placing the speaker. In practice, this should mean that Samsung’s new home cinema kit will adapt to almost any shape room, wall-mounting, or anything else that could throw off the acoustics.

To enable SpaceFit Sound, Samsung has fitted its models with calibration microphones inside the soundbars themselves and the subwoofers. These microphones are designed to help you set-up the speaker system as Samsung claims they can help determine the best position for your devices.

If that sounds familiar, it’s because smart audio firm Sonos includes a similar technology with its speakers. Dubbed TruePlay, the feature requires users to walk the perimeter of their room with their smartphone to enable the speaker to learn the shape and acoustics of the space.

TruePlay can be used with a single speaker, like the Sonos One, or a surround sound system, like those enabled by the Sonos Beam and Sonos Arc. 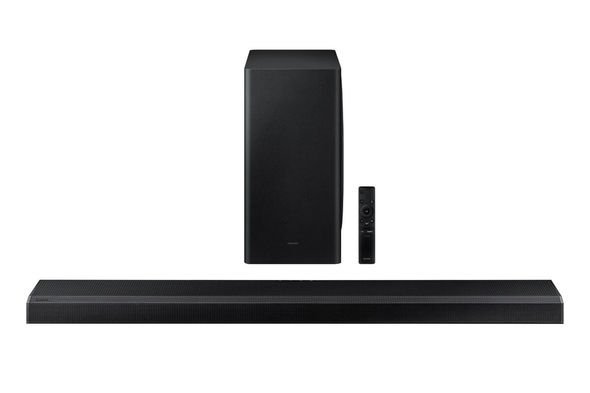 When it comes to smarts, both Samsung Q soundbars include AI assistant Alexa to handle music requests, control playback and volume, timers, as well as update you on the latest headlines, weather reports and more. Dolby Atmos surround sound is supported out-of-the-box too.

Samsung’s impressive Q Symphony feature is able supported by both new soundbars. This allows Samsung-branded TVs to add their built-in speakers into the surround sound mix too – rather than simply disabling them in favour of the soundbar and peripherals.

Samsung TV: Sneak peek at some of the QLED 8K feautres

And iPhone owners will be able to wireless beam music and podcasts to the soundbar, thanks to baked-in support for Apple’s AirPlay 2 technology. Also included with Sonos speakers, this allows iPhone, iPad and Mac owners to stream music and other audio from apps to speakers across different rooms.

Unfortunately, there’s no word on pricing quite yet. However, we wouldn’t expect either of these cutting-edge soundbars to come cheap.

After all, previous entries into the Samsung Q soundbar range have launched with prices from $900 to $1,800.