A couple of weeks ago, I took the kids and a few of their friends off for a week in North Devon. After months cooped up in the city, I had an absurd Famous Five fantasy of giving them a week of sun, surf and seafood.

Needless to say it didn’t quite go as planned. The rain was torrential for three days, the social distancing queues were endless and my skateboarding London teens were far keener on catching last orders than any passing waves.

But as the week wore on, the stress of city living receded. By the end, they were getting up at a reasonable hour, going on long walks by choice, fighting less, being nice to the dogs. I slept well for the first time in ages. 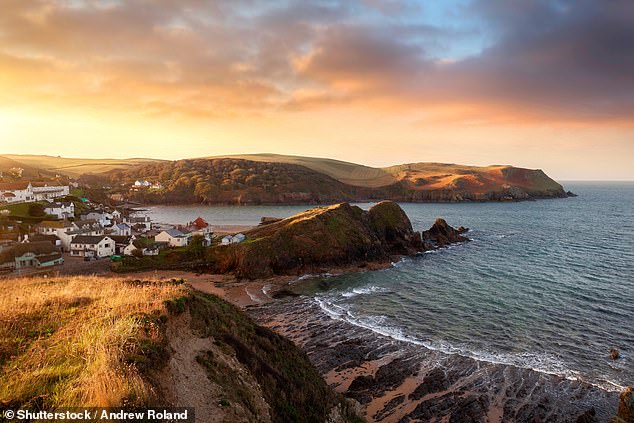 After months cooped up in the city, I had an absurd Famous Five fantasy of giving them a week of sun, surf and seafood. (Stock image)

There are thousands like me who, unable to fly abroad for a holiday, have rediscovered the joys of the British countryside after months in a grimy town or city.

Inevitably, this has inspired longings for a new life: a cottage at the end of a country lane; sheep baaing bucolically in the evening sunlight; bees buzzing lazily in the meadow.

A stroll to the pub for a pint, Sunday morning at the craft market, a slice of local artisan bread, a forest ramble. No sirens, no nitrous oxide canisters glinting in the playground.

In short, a dream. A dream that now, thanks to Covid, lockdown and the all-conquering Zoom video link, seems within reach.

No wonder estate agents have seen a 125 per cent rise in people looking to relocate from towns to villages. No wonder mortgage applications for second homes are up 30 per cent year on year.

Helped in no small part by the Chancellor’s stamp duty cut, Britain’s homeowners are on the move — and they’re heading, literally, for the hills.

But the question on my mind is this: how unspoilt will your unspoilt dream really be if the entire country has the same idea?

It’s already the case that bits of Oxfordshire, Somerset, Devon and Cornwall are barely different from Notting Hill or Hackney, full of precisely the sort of braying high-flying types — with their yoga-toned blonde wives and precocious children — you went there to escape in the first place.

The kind who think £7 for an hour’s parking is cheap at the price, who refuse to back up on country lanes because they can’t risk scratching the paintwork on the Tesla, who complain that the dust from the combine harvester is irritating little Ophelia’s lungs.

I sometimes imagine buying an old post office in Wales and turning it into a family compound for my parents and children. I have visions of wafting around in organic cotton, effortlessly producing vast salads while rare-breed hens cluck at my feet. But I know it’s a city-dweller’s fantasy. 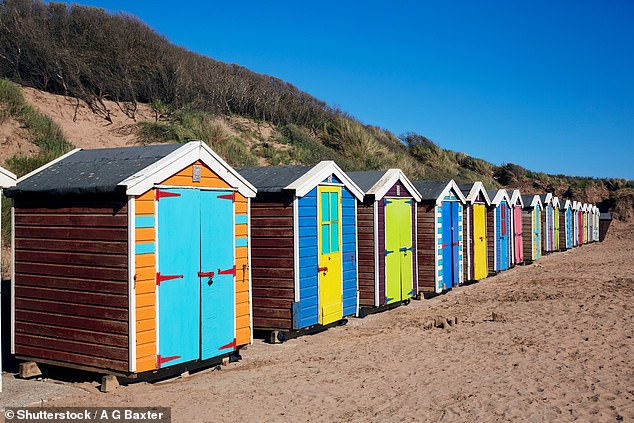 The countryside is about hard work in all weathers. It’s about intermittent wifi, shops that shut at 5pm and your nearest A&E a 30-mile drive away. It’s about having to get in the car just to buy a pint of milk, and zero chance of a cheeky Nando’s via Deliveroo.

Above all, it’s about country folk. Farmers who have had their livelihoods squeezed, their quotas cut.

People who cannot afford to see prices pushed up by city incomes and who don’t want their way of life disrupted. It’s about people who would never dream of moving to a town and telling their new neighbours how to live, but who now face a wave of woke weekenders doing precisely that.

So, by all means, move to the country and live your dream. But don’t try to change it when you get there. It is what it is precisely because of its traditions.

Mess with those and you may as well stay put. In fact, it might be best if you did. 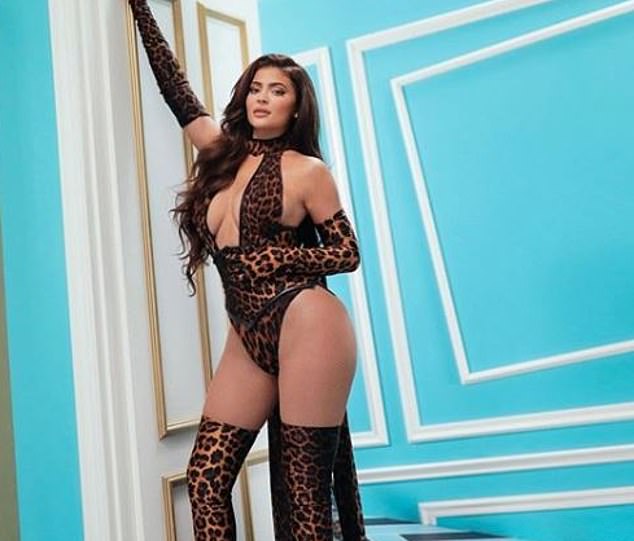 The latest to face the wrath of the woke mob is Kylie Jenner, whose appearance in rap star Cardi B’s new pop video has been criticised as ‘cultural appropriation’

In this era of ‘cancel’ culture, you never know where the axe may fall. The latest to face the wrath of the woke mob is Kylie Jenner, whose appearance in rap star Cardi B’s new pop video has been criticised as ‘cultural appropriation’, because Jenner is . . . white.

Unless you’re a fan of Cardi B, you may have missed her latest gem, entitled WAP. The song begins with the refrain ‘Whores in the house’ and progresses seamlessly towards a vivid description of the singer’s various sexual preferences which, for reasons of propriety, I will not list here.

The accompanying video of the song begins with a statue of two naked women spouting water from their breasts and progresses to a frenzied climax via less-than-subtle scenarios involving serpents and nipple tassels.

So far it has accrued almost 70 million views on YouTube, many of them, I am certain, young fans of Cardi B who will no doubt take her video and lyrics to heart.

The pornification of our culture is so advanced now that such antics seem almost commonplace.

What’s really depressing is that we have reached the stage where the most offensive thing about a music video is not the vulgarity and the debasement of the female sex, but the fact one of the participants is white.

Hostilities have broken out chez yours truly during the heatwave over who gets custody of the house fan.

The family member who wins, of course, is Muffin, our Lhasa Apso bitch who has taken to growling menacingly at anyone who approaches ‘her’ Dyson. She has spent the past few days lying on the sofa, her ears billowing in the cooling flow like a miniature canine version of Mariah Carey.

Thongs are so wrong

Venturing onto the sands in North Devon recently, I was struck by the fact most modern female beachwear seems designed less to withstand the rigours of the Bristol Channel and more with the aim of doubling up as dental floss.

Indeed, many of the young women queueing for refreshments on the seafront were wearing more by way of face coverings than anything else. But what really struck me is how sexualised British beaches have become.

I used to rather like the cheery sartorial shabbiness of the average British seaside town. Now Margate might as well be Miami for all the glistening glutes on show, while Brighton looks more like Bondi.

Adios the Girl From Ipanema; hola the Goer from Ilfracombe.

It wouldn’t be the August silly season without an escaped emu running amok.

The bird, allegedly called Ethel, has been spotted around Doncaster.

Emus, which originate from Australia, can bomb along at up to 30mph. The only way this story can get any better is if one of South Yorkshire’s finest were to arrest it for speeding. In which case, presumably, it could try to claim diplomatic emunity.

The escaped emu, which is allegedly called Ethel, has been spotted around Doncaster

Whoever came up with the idea of relocating I’m A Celebrity . . . from Australia to a haunted castle in North Wales is a genius.

Forget kangaroo testicles and roach-infested dug-outs: nothing compares to the horror of indigestible laverbread and a dose of good old-fashioned Welsh horizontal rain. They’ll be out of there faster than you can say Huw Edwards.

We then discover the bombshell news that ‘the new parents went on to hire a second night nurse’, who apparently ‘did a fine job’ (phew), but ‘because of the incident with the first nurse, neither found themselves comfortable sleeping through the night without going to check on Archie regularly’.

Poor loves. Can you imagine the trauma of actually having to check in person on your own baby?

Honestly, you really can’t get the staff, can you?

Pay a small price to save a life

On Saturday afternoon, a young man called Jeremy Meneses-Chalarca, 17, was stabbed to death with a machete on London’s Oxford Street in an act of suspected gang violence.

The following day, Labour MP Dawn Butler accused the police of ‘racial profiling’ after a car she in was stopped through East London.

From what I’ve seen of the footage, the officers involved betrayed no hint of racism, but I appreciate how irritating it must have been for Ms Butler and her friend.

I, too, have been pulled up at a police checkpoint in London: it does tend to get one’s hackles up.

But it’s nothing compared with the havoc being wreaked almost daily by individuals carrying lethal weapons. Which is why Jeremy’s family have called for greater use of stop and search.

The police may not always get it right — but that doesn’t mean they’re all inherently racist. And if the price of just one knife being taken off the streets is a minor inconvenience for Ms Butler, or any law-abiding citizen, then that, surely, is worth paying.