“Scream” star David Arquette has an extreme passion that almost cost him his life — professional wrestling.

Two years ago, Arquette faced off against ex-con Nick Gage in a deathmatch, the most hardcore style where the wrestlers swing chairs, baseball bats and the like.

With blood gushing from his neck, Arquette gets up and tries to pin Gage but can’t. He jumps out of the ring, holding his neck. Then, he climbs back in and smacks Gage with a folding chair. After a couple of minutes, though, Arquette is the one who gets pinned.

“It nearly cost me my life,” Arquette told the Star of the match. “I was in way over my head. I was about half an inch from death…”

Arquette decided to go back into the ring after fellow pro wrestler Jack Perry, the son of late actor Luke Perry, assured him that he wasn’t bleeding to death. Perry is the one who took Arquette to the hospital.

Arquette told the Star: “I could hear Luke but I couldn’t see him,” Arquette told the Star. “I said: ‘Luke is it pumping?’ because I was worried I was bleeding out and he said: ‘No it’s not pumping.’ I knew at that point I wasn’t dying immediately, I could try to finish the match.”

Arquette has had a lifelong love affair with wrestling, which is traced in a new documentary, “You Cannot Kill David Arquette.” The film tells of how Arquette has spent the past two decades trying to earn back the respect of the wrestling world — after he won the 2000 World Championship Wrestling heavyweight title as a publicity stunt for his movie “Ready to Rumble.” 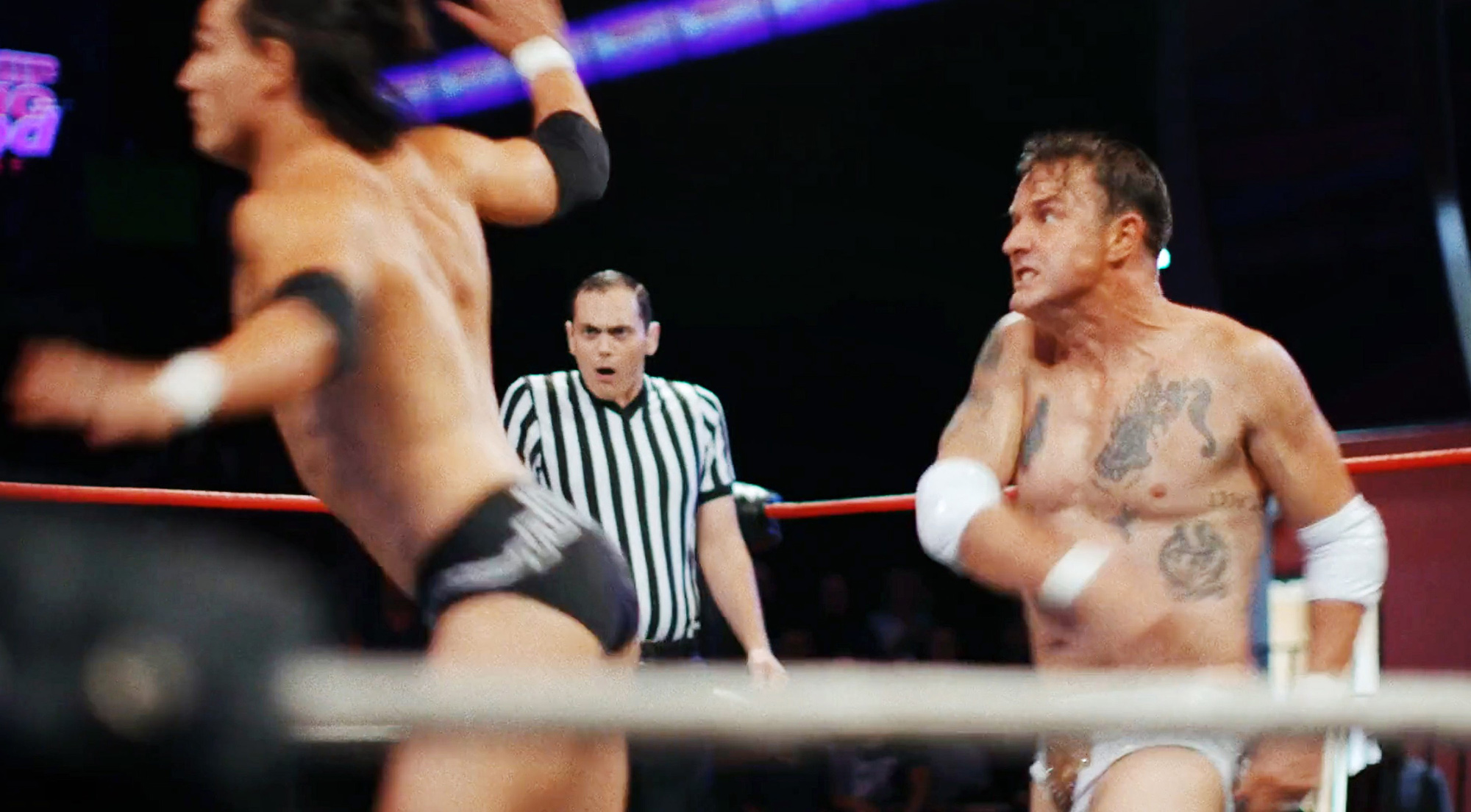 In those years, the 49-year-old Arquette has battled heart problems and drug addiction.

After the Gage match, Arquette’s wife, Christine, told him: “I just feel like you want to die,” the actor recalled.

“I don’t want to die but life is painful,” Arquette told the Star. “If you have addiction issues like I do there’s an element in the back of your head that the addict is literally trying to kill you. You have to find ways to deal with it so you don’t continue to kill yourself, either slowly or quickly.”

For Arquette, wrestling helped him deal with the deaths of Luke Perry, a close friend who died of a stroke, and his transgender sister, Alexis, who died of a heart attack.

Through the film, Arquette has finally learned to accept himself.

“I accomplished what I set out to do,” Arquette told the Star. “I wanted to prove I could be a wrestler. And through this whole experience, I figured out – and it’s ironic – I need to stop beating myself up. I had to stop attacking myself and be kind to myself, as corny as it sounds.