Data revealed that grey reef sharks are found to meet other sharks in the same group, often doing so for periods of up to four years. Research detailed in the Proceedings of the Royal Society, shows that the levels of social interaction between these types of sharks is in sharp contrast to what was routinely understood about the creatures. Yannis Papastamatiou, an assistant professor of biological sciences at Florida International University in Miami, said the findings offered a “surprisingly level of social stability in these sharks”, as they “like to associate with the same individuals”.

Scientists from the team implanted transmitters in the sharks, which allowed them to track their every move.

The study, which ran from 2011 until 2014, allowed the experts to collect nearly 1,000 unique social clustering events, which saw the sharks continually meet with those in their social group.

The “unprecedented social stability” was unearthed as the sharks monitored could have chosen around 8,000 other similar beasts in the sea to interact with. 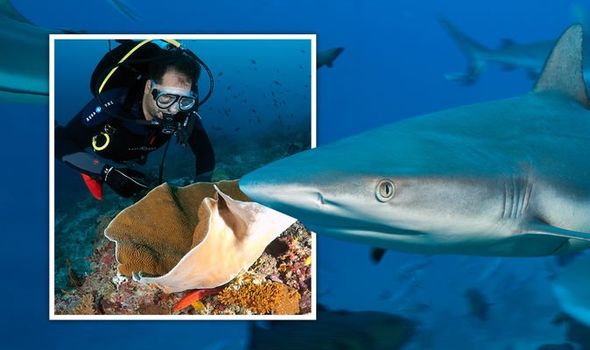 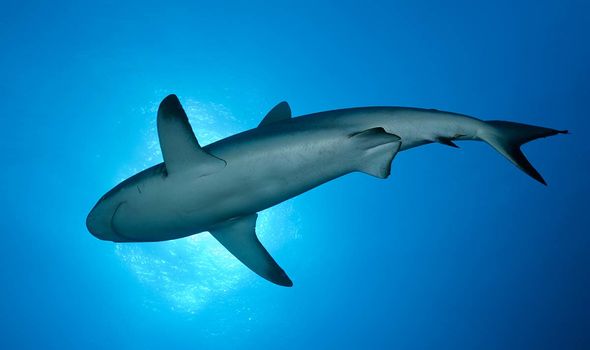 Although it is unclear why the sharks meet, it has been theorised it most likely to focus on hunting and finding food together.

In a CNN report, it revealed: “Grey reef sharks are known as central place foragers, which means they tend to return to the same place to eat.

“They focus on pelagic prey, which are fish that swim near ocean reefs neither near the shore nor near the ocean bottom.

“By returning to the same area of the reef to eat, these sleek predators also return to the same social cohort of other sharks to hunt with. 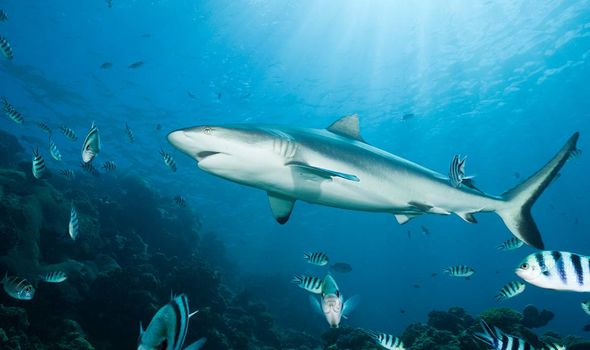 “A successful foraging session is therefore in some ways a game of follow the leader: It’s easier to see your fellow shark darting after prey than it is to see the small fleeing fish.”

For Mr Papastamatiou it showed that by working together the sharks would “increase the chance of foraging success”.

Mr Papastamatiou did say the sharks weren’t working as a team, but were in fact information sharing. 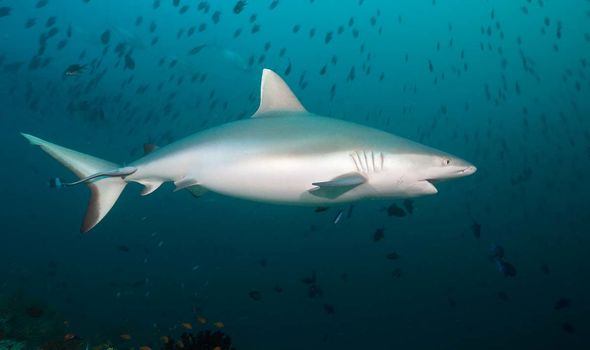 Scientists now hope to continue their research to understand whether these social meetings will make it easier for the sharks to find food.

The grey reef sharks are most common to coral reefs in the Pacific and Indian Oceans, and normally measure around six foot in length.

But the species is described by the World Conservation Union as “near threatened” as the sharks are used in dishes such as fin soup.