Trautman speaks out after she was MIA from a recent cast trip.

“Siesta Key” star Chloe Trautman confirmed viewers might see a little bit less of her when the show returns for a fourth season — but she’s adamant she wasn’t fired.

The reality TV star addressed her absence on social media after many of her cast members began sharing photos from a group trip to Palm Island in the Grenadines, presumably during filming. 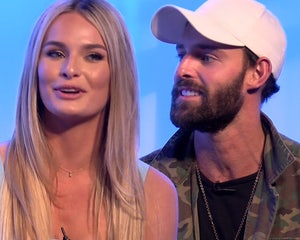 “I can not stand to see these lies spread anymore. I was not fired. I decided to take a step back from filming because it became extremely toxic,” she wrote on her IG Story. “I am unwilling to put my journey and my happiness on the line for fame and money.”

“You will all have clarity when the show airs. Now please stop spreading lies,” she added.

Her message was written on a post with the quote, “Let people be hungry for you. Be unavailable from time to time, you’re focusing on your s–t.”

She followed that up with another inspirational quote reading, “Giving up is quitting something you love because of external feedback. Evolving is choosing something else because your energy has moved.”

The network confirmed that the show would be returning for a fourth season back in November 2020.

“Juliette Porter, Madisson Hausburg, Kelsey Owens, Chloe Trautman, Brandon Gomes, Amanda Miller, and Garrett Miller will be back as they navigate friendships, relationships, careers, breakups and makeups in their beachside hometown in Florida,” MTV said at the time. “Production is set to begin this week in Sarasota, and there are plans to film at an international private resort in the coming weeks. Nope, we aren’t kidding.”

Trautman was excited to get back to work when production first resumed.

“I’m so grateful to of started filming Season 4 of @siestakey,” she posted on social media. “I can’t wait for all of you to see the journey I’m on. I hope I make you all proud and if I inspire a few of you along the way – that would just be the cherry on top.”