He’s so down-to-earth and friendly it’s easy to forget that Slade were once the biggest band in Britain. Their string of raucous 70s hits included six Number Ones in the space of just two years. And being working-class boys from Wolverhampton, they spent like lottery winners. “I bought a posh house in Solihull,” guitarist Dave tells me in an accent that’s still as Black Country as chitlins and Bathams brewery.

“It was next door to a girls’ school, although I didn’t know that at first. My garden backed onto it. There were 500 teenage girls there and as soon as they found out they started screaming over the fences. “The headmaster banned it, but I’d spot them smoking behind bushes and watching us.”

Returning from a US tour, Dave realised someone had broken in. “There was a quarter light missing from a lattice window and a letter in the hallway saying, ‘Sorry, we had to get in your house to see what it looked like’.“

Then the phone rang and a girl said, ‘We’re really sorry, we got into your bedroom but we didn’t sleep in the bed. We’ll pay for any damages…and for what we did in the treehouse.’

“I thought, what did they do to the treehouse? I climbed up and it was covered with pictures of Donny Osmond!” He laughs. “I didn’t report them.”

Noddy Holder was the voice of Slade, but mechanic’s son Dave was the showman.

Even his bandmates didn’t know what he’d be wearing. He’d emerge from the BBC dressing room toilet in platform heels and a turkey-foil jumpsuit, making bassist Jim Lea hold his head in his hands and groan “I’m not going on TV with you dressed like that”. 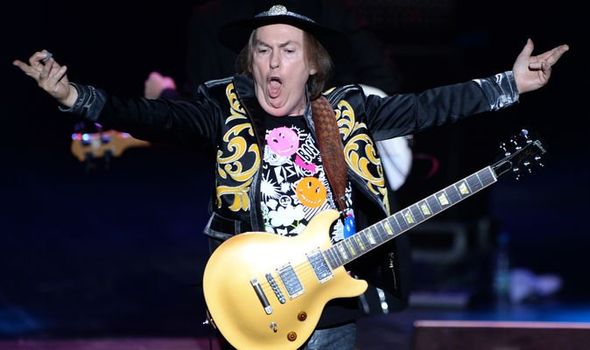 Dave, 74, and drummer Don Powell carried on as Slade II after the original line-up split, later losing the “II”.

“They loved us in Russia, we had no idea! We played a stadium in Moscow. It was a bit odd, guys in dark glasses meeting us at the airport, but what a crowd.”

Polish audiences were equally receptive. “We used to fire toilet rolls into the crowd. Poland was the only place they didn’t throw them back. They took ’em home!” 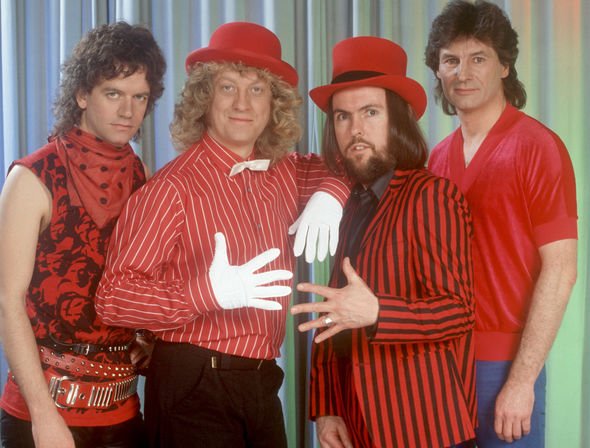 Dave is talking to me from the Staffordshire home he shares with Jan, his wife of 47years. He’s put lockdown to good use.

As well as gardening and walking, he’s recorded an audiobook version of his autobiography, So Here It Is with more anecdotes than the print version. On it, Hill talks about suffering from depression after his double hernia surgery. He suffered a stroke seven years ago but is pretty chirpy now.

His memory is particularly sharp, recalling pre-fame gigs in West Germany when, rather than supply the band with a hotel, the club who’d booked them “stuck us on a staircase – we slept on the stairs”.

Before they changed their name to Slade, the lads accepted an offer of a month-long residency at the Tropicana bar in Freeport, Grand Bahama.

“We thought it was a wind-up. We were four council estate wallahs from the Midlands, we’d never been on a plane. Then the tickets arrived and we were flying to the Bahamas! 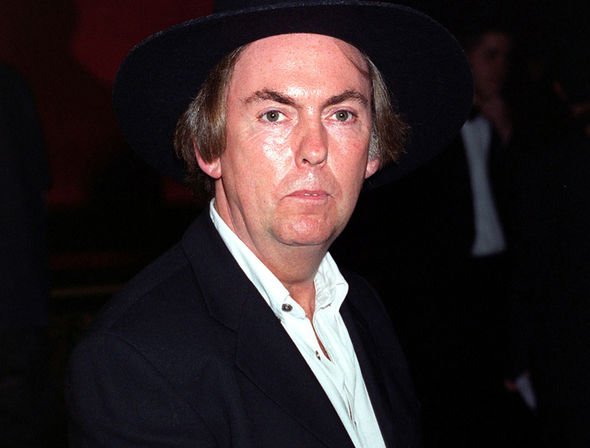 “There were women in grass skirts making us drinks. It was surreal. We were 18, we’d never seen a bidet before. We thought it was to wash your feet in.

“Unfortunately, the club was in the middle of nowhere, there were cockroaches climbing up the walls. It was really humid and when it rained the stage flooded.

“Some bloke who called himself Prince Buna – real name Mick – kept doing a fire-eating act in the corner. It was like a Carry On movie.

“Then he covered himself in gold paint and nearly died…

“A fella called Ken from Willenhall who’d seen us in a local youth centre had booked us; he’d borrowed money to bring us over from people who weren’t particularly nice.

“One day Ken and the bar owner disappeared. A heavy guy knocked on our door saying ‘Where’s Ken? He owes us money’. Scary Americans took the bar over and kept us on.” 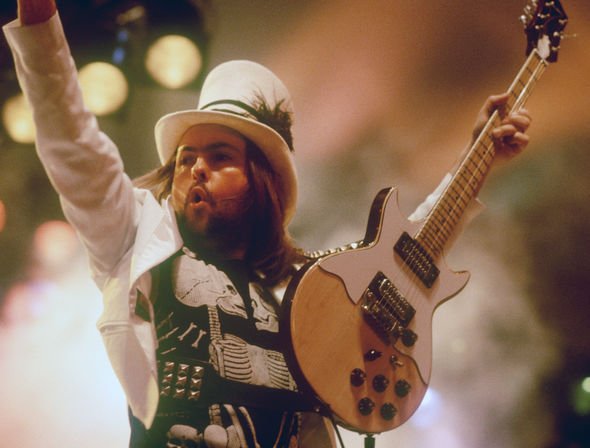 While the club was being redecorated, Dave scarpered. “It felt like the Great Escape,” he laughs.

“I tried to sleep on the beach but was terrified by the crabs and ended up kipping in a car at the airport. When the other three arrived, we kept apart in case the heavies turned up.”

“The idea was to get some press. We were against it, but he talked us into it,” says Dave. “He said skinheads were everywhere but didn’t have a group. Three of our girlfriends left us immediately.

“It was also hard to play our music to skinheads because they wanted to hear reggae and soul.”

Chandler booked them into an upmarket hotel and told them to get kicked out – “but that was the opposite of the kind of people we were”. They finally managed it by loading a lift full of bedroom furniture. 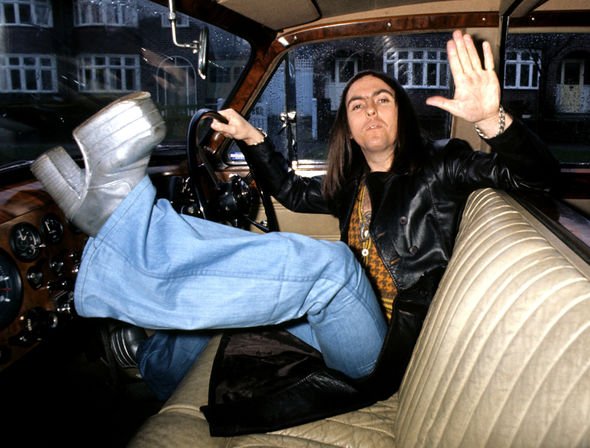 The reluctant bovver boys made the papers; and TV spots propelled Get Down & Get With It into the Top 20 in June 1971. By their next hit, the chart-topping Coz I Luv You, they’d grown their hair and ditched the braces.

It wasn’t long before Dave was climbing into six-inch platform boots, wearing a gold lamé suit and playing his trademark Superyob guitar.

Their lusty terrace rock caught on. Slade sold more singles here in the 70s than any other band and were the first to have three singles enter the charts at Number One. The fruits of success included Hill’s gold and cream Silver Cloud Rolls-Royce, with the personalised number plate YOB 1.

All of their greatest hits, written by Holder and Lea, are included on their new album.

“I always wore odd colourful things,” says Hill. “In the Sixties, I was walking through Wolverhampton with a cape to see if anybody noticed.”

Talk turns inevitably to their Merry Christmas Everybody (actually recorded on a boiling hot summer’s day), now blaring out of a radio near you.

As a Jehovah’s Witness, you wouldn’t expect Dave to celebrate Christmas. But the father-of-three says: “It’s a feel-good song. It’s been such an unprecedented year; we need something to raise our spirits.

“In tough times, we pull together. It’s the British way. Look to the future – it’s only just begun.”