Children's theatre maker Sarah Austin believes it is never too soon to introduce a child to the sensory pleasures of theatre and so, it seems, does an increasing number of Australian parents.

New research from the Australia Council for the Arts shows a growing number of Australians value the arts for its role in building social cohesion, personal happiness, overcoming stress and anxiety and driving economic growth. 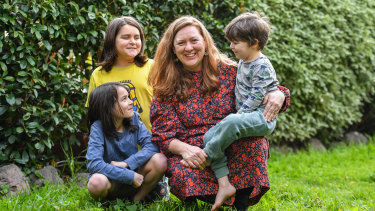 Creating Our Future is the fourth report in a landmark study that examines the cultural attitudes, habits and tastes of Australians, and follows on from surveys conducted in 2016, 2013 and 2009.

Sixty-three per cent of parents believe the arts is crucial to childhood development and education (up 13 per cent from the last survey in 2016) and 74 per cent of all respondents – 9000 were surveyed – wanted arts learning to be a spending priority.

Dr Austin, a lecturer at the Victorian College of the Arts who has been creating theatre with and for young people for 15 years, is unsurprised by the findings.

"Neuroscience tells us that the first three years of life are crucial for a baby's development," Dr Austin said. "This is when neural pathways are wired, and when we have an opportunity to foster curiosity, connection, risk, and beauty in our children's understanding of the world."

Generation Z, defined in the report as those aged between 15 and 24, are some of the sector's hungriest consumers and its strongest supporter by age group, with 83 per cent attending live events including live music (66 per cent) and festivals (61 per cent).

Australians' increased regard for the arts marked a shift away from a growing ambivalence to arts and culture detected in 2016. But sentiment that the sector attracted elitist or pretentious people "not like me" was up from 26 to 29 per cent.

Global headlines around the US election and Brexit had weighed on the public mood four years ago, said Dr Wendy Were, the council's executive director of advocacy and development. 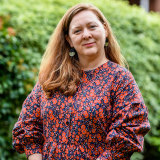 "The idea that we are soaking in [arts] is becoming more apparent to people – that we are not talking about a pastime but something intrinsic to the lives of all Australians."

That had only been reinforced, she said, now that "people have had a flash of what it is like if we can't participate".

The survey was conducted in late 2019 before Australia's summer of bushfires and the COVID-19 pandemic forced theatres, museums and galleries online.

Australians were found to be highly engaged in arts (98 per cent) and primarily motivated by opportunities to engage with their community, friends and family in festivals and celebrations.

More Australians were reading for pleasure (72 per cent, up 17 per cent from 2016) and attended the theatre (37 per cent) and dance performances (29 per cent), but fewer were listening to recorded music at home or on television and radio (92 per cent, down from 97 per cent).

Digital engagement in the arts rose to 82 per cent with one in three Australians getting creative using a digital platform, from creating TikTok videos or memes to creating music, digital visual art or poetry.

Post-pandemic, the report makes a case for the nation's cultural sector to be assisted with recovery.

The greater engagement of young Australians will also drive change in arts industries, Dr Austin says, as it has in the theatre which has had to catch up with young people's myriad ways of storytelling, engaging, challenging and disrupting.

"Our entire perception of the idea of 'Australian stories' will radically shift, and a broader sector of society will see themselves reflected in the work," she said.