Sony has just unleashed its new WH-1000XM4 wireless headphones onto the market with these flagship cans offering a number of improvements over their predecessors. Despite them looking pretty familiar with Sony’s iconic design not changing on this latest iteration, these new music makers do get improved noise-cancelling technology.

In fact, Sony is now boasting that its WH-1000XM4 will offer its best-ever sound blocking which should mean you hear every note of your music without any distractions.

There’s even some clever tech called Adaptive Sound Control which is able to sense where you are and what you’re doing with the audio adjusting accordingly.

That means the sound should change as you make your daily commute to the office via train, tube or walk along the high street

Other nice bonus features include 30 hours of battery and wear detection which stops the music when you remove them – things then resume when you pop them on again.

There’s also the ability to link the WH-1000XM4 to two devices at once via Bluetooth which should end the annoyance of constantly have to discover them as you switch between your phone and laptop. 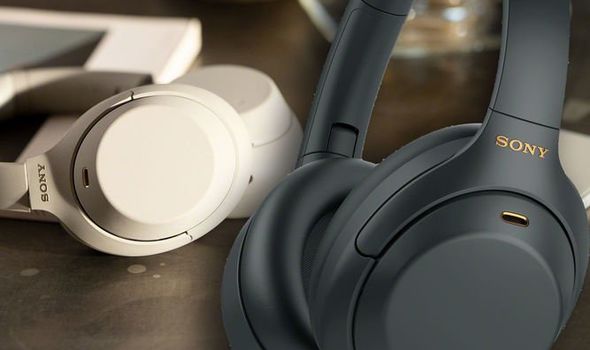 The WH-1000XM4 certainly appear to be the best headphones Sony has ever made but, then again, the WH-1000XM3 is pretty hard to beat.

And that’s our reasoning behind why you should think long and hard before splashing out on Sony’s newest addition to the range.

The WH-1000XM4 cost £350 which is pretty pricey and certainly puts them at the top-end of the market. However, that cost looks even more expensive when you go shopping for the WH-1000XM3.

These older wireless cans are currently available for just £220 – that’s a £130 saving and enough to treat yourself to Apple Music or Spotify for a year.

Admittedly, you don’t get all of the features found on the WH-1000XM4s but there’s still plenty to like about the older headphones including great noise cancelling, a comfy fit and 30-hours of battery life.

If you want the best of the best then clearly the addition to Sony’s range are the best option but don’t forget the older model as they still sound superb and will leave a little extra cash in the bank.