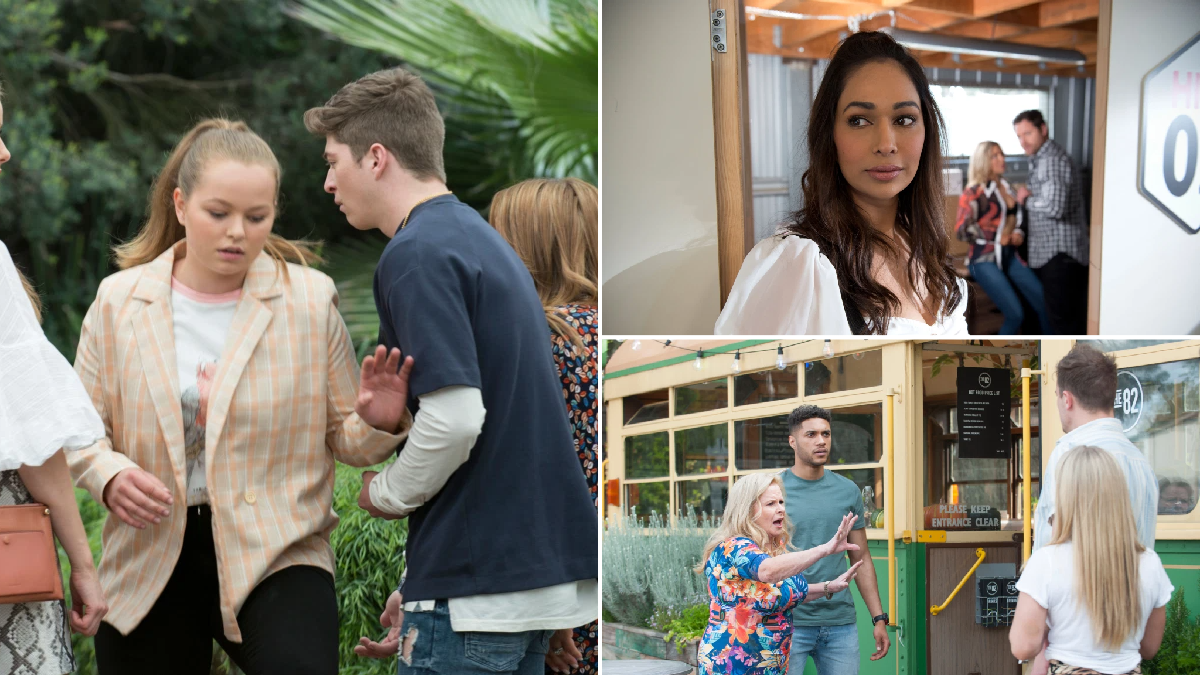 It’s a week of very bad decisions in Neighbours when Hendrix once again takes things too far, Amy concocts a very daft plan and Levi does something that threatens everything he holds dear.

Hendrix (Benny Turland) is doing himself no favours and he’s about to burn his last bridge with the one person he’s always relied on. What will he do now he’s all alone?

Amy (Jacinta Stapleton) is getting more sneaky by the day, largely because she can’t control her jealousy. But as it gets the better of her, she makes a move that could ruin everything. Could she be about to lose Shane?

Things are set to take a dark turn on Ramsay Street when someone in the area is seen wielding a knife. What damage do they plan to do with it?

A storm is brewing for the Cannings when Levi (Richie Morris) learns the truth about the poisoning and he makes a move that could rip the family apart.

Here’s what’s ahead in Neighbours this week.

Hendrix hasn’t got many friends right now yet he still doesn’t seem to have a problem throwing them away. He wants to make up with Harlow but when he learns about her forgiving Brent over him he calls her out for being a hypocrite. It would seem he has not thought that little confrontation through as Harlow doesn’t take kindly to his aggressive and accusatory behaviour and tells him to do one, once and for all. This sends his hate for Brent into overdrive and when he sees Brent and Harlow together, his jealousy consumes him. He snaps and tells Harlow to stay away from the troubled teen, further cementing the end of their friendship.

Yashvi hates what her dad’s new relationship is doing to her mum and Amy is struggling trying to earn herself the approval of Shane’s family. She’s determined not to let it get in the way of her new romance and she and Shane head out for dinner. Yashvi is desperate to keep it from Dipi, what she doesn’t know won’t hurt her. Ned is not a fan of this plan, keeping secrets hasn’t worked for them in the past. And he’s right, Yashvi is caught in her lie when Dipi finds out about the date through social media, and Yashvi’s dishonestly makes it all ten times worse.

Nicolette is not enjoying having Brent around, he’s getting on her nerves, but she tries to suck it up. That is until she discovers a deadly weapon in his belongings. She’s horrified at realising just how dangerous he is. She decides to confront him about it just as Paul Robinson spies them in the middle of their conflab. He witnesses the knife exchange and this confirms to him everything he needed to know about this dodgy pair. He has enough ammo to get Nicolette out of his family’s life for good.

Amy ambushes Shane into writing her a ballad and completely misses all the signs of how uncomfortable he is doing it. Instead, Shane turns to Toadie and confesses it just doesn’t feel right, and it shows in the song, which leaves Amy feeling more and more insecure. Amy decides to do something drastic to get Shane’s attention, she gives him the idea Dipi is hooking up with Pierce in Sydney. What drama will her little lie cause?

Now that Levi knows the truth about Bea’s poisoning, what will he do with it? Kyle is so ashamed he decides to go to the police, but when it comes to it he just can’t do it. It would mean destroying his dad’s business. Levi is fuming and decides to take matters into his own hands, reporting Kyle to the council. Bea is disgusted he could turn on his own cousin like that. Somehow, Levi is now the bad guy. Kyle is unsurprisingly irked at Levi’s decision and he’s on the warpath – there is about to be a whopping family feud. Roxy decides to try and make things better, but she makes a huge error that puts Kyle’s business in danger. How will an already raging Kyle react?

Nicolette and Brent plot to bring down Paul Robinson

With Paul having tried to destroy both Nicolette and Brent, they now are united in their hatred of the man and they see an opportunity. They decide to collaborate to find a way of destroying Paul Robinson once and for all. Will they be the ones to bring him down?