State’s IT trouble a matter of life and death

It’s a number almost all of us recognise. Triple zero is synonymous in Australia with seeking urgent help in life-threatening situations. Any delays that hamper the response by such a system could have dire consequences.

That is why The Age’s report that the state’s beleaguered emergency triple-zero call system is being hit by IT glitches and serious failures is so concerning. This is one system that you can’t call back after it eventually rights itself. 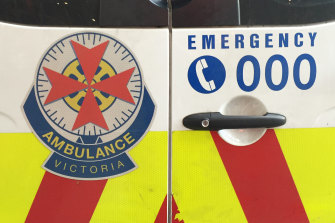 Victoria’s emergency call centre is under enormous pressure as a result of unprecedented demand on healthcare services brought on by months of coronavirus lockdowns that led to people delaying medical appointments.

But the problems have been compounded, according to the ambulance union, by the centre’s 25-year-old computer system, which crashes and experiences major glitches almost daily, forcing staff to reboot their computers during triple-zero calls and sometimes rely on pen and paper to log critical incidents. And even though the system was upgraded last November, it is still experiencing glitches.

It is unfathomable that such a critical piece of IT infrastructure has been allowed to degrade to such an extent. Installing a complex and large-scale IT system is no doubt difficult, but the technology sector is hardly a new frontier. And yet the state government’s track record is littered with bungled attempts to introduce new IT systems.

Just in the past few months, Victoria’s Auditor-General has been scathing about this. In 2015, the state government established Service Victoria to digitise government transactions with customers, including paying fees or renewing licences. At the time, 99 per cent of such transactions were face-to-face or were via phone or mail, at a cost of $461 million.

By 2018, Services Victoria predicted it would fully digitise 11 million transactions annually at a saving of $61 million. In fact, the audit found it had managed to complete only 814,000 transactions a year by 2019-20. No matter how you look at it, a failure in implementation.

Then consider the case of the Department of Justice and Community Safety, which in 2017 introduced a new IT system to manage fines and incorporate social justice initiatives. It had expected 90 per cent of the new system’s functionality to be working when launched. In fact, only 5 per cent was up and running at implementation. By March 2018, it had reached 26 per cent. To make matters worse, the department had learnt little from a previous attempt in 2007 to introduce a similar system, which was abandoned in 2015, six years after its expected implementation date.

An embarrassing $180 million failure was the IT experiment known as the Ultranet, which was meant to transform the way students learnt by providing parents with information about their children’s lesson plans and giving teachers a place to collaborate and share their curriculum. It was plagued with tender problems, blew out by three times its original budget, and ultimately proved so clunky only 4 per cent of the intended 1.5 million teachers, parents and students used it.

It’s a track record that almost turns failure into a standard working assumption. If a private company had a similar history of IT failures, it would probably no longer be in business.

And it’s a serious problem for this state. IT infrastructure has transformed the way we all live and work. The apparent inability by the state to bring its systems up to date costs us all dearly. But when it comes to our emergency services centre, it is worse. It puts lives at risk. The government needs to urgently remedy the situation.

Gay Alcorn sends an exclusive newsletter to subscribers each week. Sign up to receive her Note from the Editor.