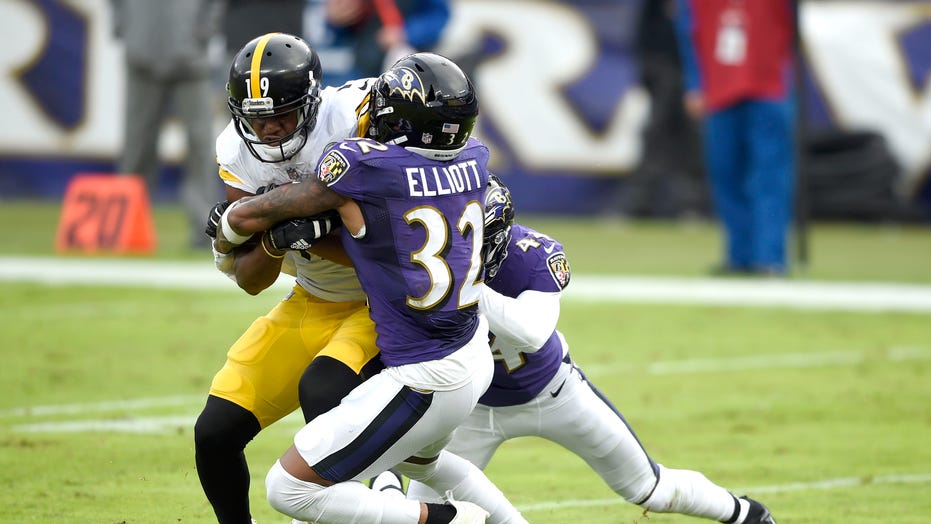 The NFL will have only two Thanksgiving Day games, announcing Wednesday that the primetime matchup between the Pittsburgh Steelers and Baltimore Ravens has been rescheduled to Sunday afternoon due to a COVID-19 outbreak.

Seven Baltimore players and a number of coaches have tested positive since Sunday night, delaying the heavily anticipated game, despite earlier hopes that the NFL would be able to keep the schedule intact, the NFL Network reported.

“This decision was made out of an abundance of caution to ensure the health and safety of players, coaches and game day personnel and in consultation with medical experts,” the Steelers said in a statement.

The Athletic reported on Tuesday that at least 10 players and staff in the Ravens organization have tested positive.

This isn't the first time the Steelers have been forced to adjust their schedule because of COVID-19 issues with opponents. Their trip to Nashville Oct. 4 to face the Titans turned into an unexpected bye week when Tennessee was hit with an outbreak.

“First the NFL takes away our bye week because another team can’t get their Covid situation together, now they take away our Thanksgiving primetime game for the same reason,” star wide receiver JuJu Smith-Schuster, who was questionable for Thursday’s game with a foot injury, said on Twitter.

The game moves to Sunday at 1:15 p.m. For now, the Thanksgiving lineup includes the Houston Texans at the Detroit Lions at 12:30 p.m. and the Washington Football Team at the Dallas Cowboys at 4:30 p.m.