From yellow and black to red and green, Michael Sweet – founder of the band Stryper – has unveiled his new song, ‘Passion.’ HL has the EXCLUSIVE premiere, and he talks his upcoming Christmas show.

Though the ubiquitous nature of Christmas might leave many forgetting the religious origin of the holiday, Michael Sweet has provided a sincere and reverent reminder in “Passion.” In the new song, premiering here on HollywoodLife, the Stryper founder and frontman delivers a powerful rock ballad for the Christian faithful. Michael’s voice sounds untouched by time on the track, and he sings those notes with the same vigor as he did back when he dressed up in black and yellow as part of his heavy metal band. “Passion” is a devotional, but it’s also a gift to his fans – which is fitting. After all, Michael is about to perform his 5th annual Christmas show.

Taking place on Dec. 19 at 7 pm EST and dubbed “a live streaming event with a full band…like really live,” Michael’s 5th Annual Christmas Concert marks his new partnership with VenueNet, a premier social platform for concert live streaming. Previously, Michael has performed his shows in the Massachusetts area, but now, fans worldwide will get a chance to watch him perform some original music and some Christmas classics (with a twist.) There are three different tickets – General Admission to Front Row to a VIP experience that includes an interactive post-show VIP talking session.

Ahead of Michael’s show at the Bank of New Hampshire Stage in Concord, New Hampshire, Michael chatted EXCLUSIVELY with HollywoodLife about why he felt he had to hold this show in this, the year of COVID, why it’ll be more of “toned-down electric meets acoustic” vibe, and which song he thinks you should have on your Christmas playlist. 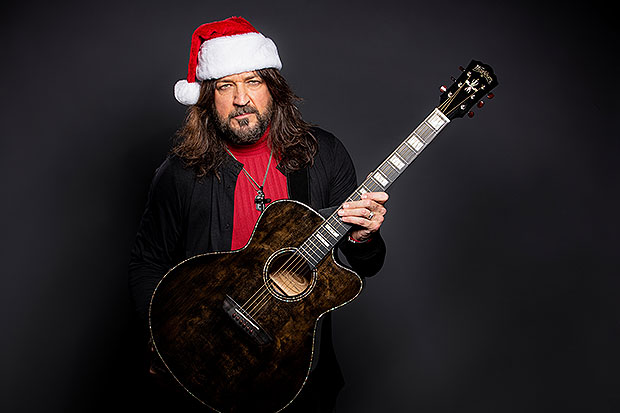 HollywoodLife: You’re hosting your 5th annual Christmas show on Dec. 19. What inspired you to start up an annual holiday spectacular, and how does it feel to be doing it five years later?

Michael Sweet: Basically, the first time that I did a Christmas show a few years back, I loved the feeling that I walked away with, inspiring people. Seeing the smiles and the joy on their faces from the performance they were getting. In a small way, I felt as though I was just giving back to my fans. This really isn’t a moneymaker or anything, but it’s more of a chance for me to connect with my fans. I wanted to keep this going because of the success of the past, and even with Covid-19, we have found a way to put on the event by partnering with VenueNet

You’re best known for the metal band Stryper and your work with Boston. What can fans expect from your holiday show? Will they be treated to a Heavy metal Santa Claus? Or will the show veer more “traditional,” aka more heartfelt home for the holiday than headbangin’?

The show will definitely not be a headbanger event. I think that people automatically expect that from me based on my history, but this show is definitely more of a ‘toned-down electric meets acoustic home for the holiday’s sprite.’ I’m going to be doing some solo music, some Stryper music, in addition to some traditional Christmas songs. I’m also going to be doing some other Christmas songs that I’ve never performed before, so I’m excited for that.

We asked punk band The Myrrhderers something similar: why do you think metal/rock works so well with Christmas? The two worlds are not strangers to each other. Chris Jericho covered “Father Christmas.” Twisted Sister released A Twisted Christmas. We Wish You A Metal Xmas and a Headbangin’ New Year bring together titans of the genre. Even King Diamond’s “No Presents For Xmas” is …kinda sincere. Why do you think metal/rock and Christmas go together like snow on Dec. 24?

I didn’t know that Metal/Rock & Christmas went so well together. You learn something new every day! I had no idea that all those artists and songs you mentioned were so well received. I, on the other hand, am a more traditional guy when it comes to holiday music.  If you came to my house for Christmas, you would hear Nat King Cole, Elvis Presley, Bing Crosby, and artists like that. You aren’t going to be hearing Twisted Sister during the holidays at my house. 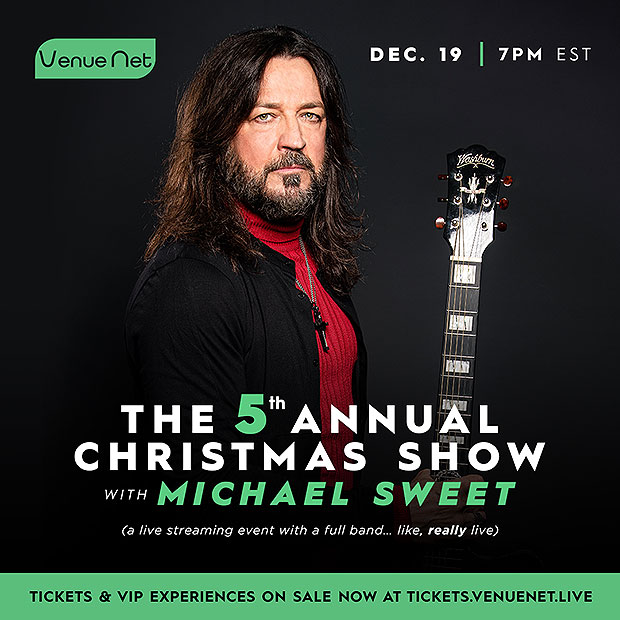 What do you think is an underrated Christmas song?

I don’t know if this song is underrated, but I don’t think it’s quite on everyone’s radar like all the others, but I’m a big fan of “Run Run Rudolph” by Chuck Berry.

With Xmas on its way, what’s one present – could be anything – that you would give anyone in the world?

When I think about this, I don’t think about a physical gift. I think about sharing love, honor, respect, and time. This may sound cliché to some, but my idea of Christmas is more focused on emotions and time with loved ones rather than material things.

2020 is about to come to a close. In the face of all the darkness and tragedy of the year, what would you say is a personal highlight of the last twelve months? Trying to end this year on a positive, y’know?

Interestingly enough, 2020 has been one of the best years for me, not just from a work perspective and staying active, but all the things that transpired over the year in 2020. Even though there was a lot of awkwardness and oddities, I feel as though I have been blessed to have a lot of time alone with my family when normally I would be touring all year away from my family. At the end of the day, my main priorities are God and Family then everything else.