Home » Lifestyle » Summering in Aspen? Here are the New Restaurants, Stores, and Events You Won’t Want to Miss

Summering in Aspen? Here are the New Restaurants, Stores, and Events You Won’t Want to Miss

Is there anything more heavenly than a summer sojourn to the mountains? How about one with Balenciaga and cowboy boots? Both are among the new boutiques, restaurants and events that are shaking up the luxe ski town this season.

The Big O
Omar Hernandez is bringing his New York nightlife spectacle to Snowmass. The one-night-only activation on July 16 is the cherry on top of Anderson Ranch’s annual gala, for which the 55-year-old arts center is ditching its regular shindig at the Hotel Jerome. Board chair Sue Hostetler Wrigley won’t make attendees suffer through another long-drawn-out art auction either. Instead, they’ll experience the Ranch in all its glory.

“Many people who come to the gala have never stepped foot on our campus, and it’s so magical to be where the art is made,” she said, of the opportunity to rove the historic property’s warren of studios and outdoor sculptures by Sanford Biggers, Paula Crown and the Haas Brothers with cocktails and canapés in hand. “During dinner in the tent, 175 guests [including honoree Simone Leigh and summer series’ guest lecturers the Guerrilla Girls] will be able to see that something exciting awaits them in a screened-off section.”

The big reveal promises a sizzling DJ set and Hernandez’s top talent acts flown in from New York, but he doesn’t want to give away too many surprises. With the Ranch’s gala trending younger every year and the explosion of choreographed dances on social media during COVID-19, Hernandez anticipates a Roaring Twenties-epic, sweaty dance floor.

All the Looks at the 2021 Cannes Film Festival

“We spend so much time on our screens and in our heads that we need to let our bodies take the lead,” he said. 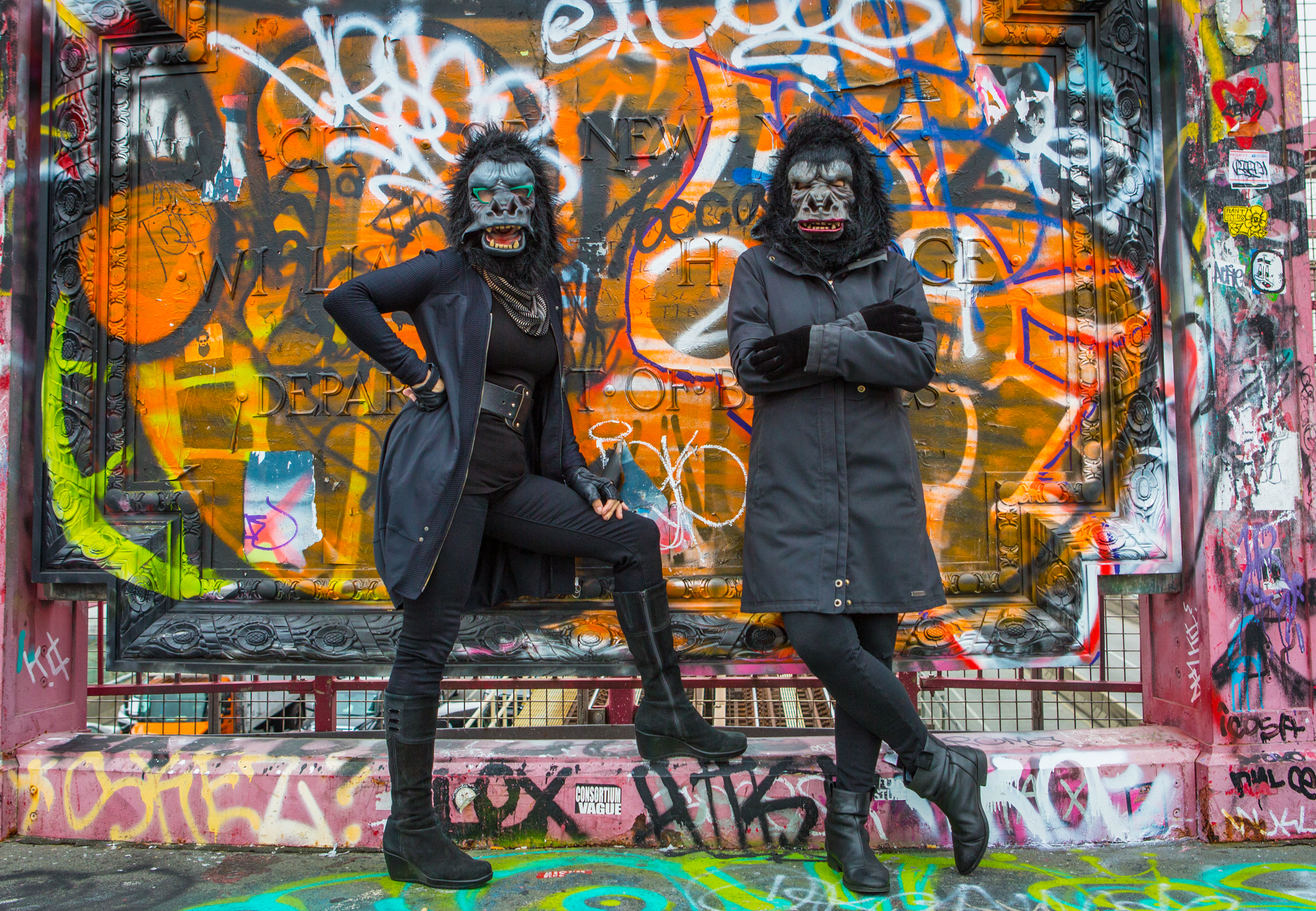 In Da Club
Dante and the Surf Lodge’s winter pop-up at the Snow Lodge did so well that they’re riding their Aspen residency into next year. The collaboration relocated to Chefs Club at the St. Regis Aspen Resort through April 2022.

“There’s more of a culinary offering this time since we have a wonderful kitchen to work with now,” said Dante principal Linden Pride, who splits his time between here and back home. “We’re doing an exclusive menu that’s clean and light.”

Guests can wash down whole Dover sole and artichoke fritti with classic Italian cocktails and seasonal spritzes like the rhubarb sbagliato. Live music for Friday aperitivo, as well as weekend jazz brunches with a Dixieland band and the Bailsmen from New York, kick off later this month.

“We’re tapping into the incredible weather and al fresco setting with Italian fountains and even floral-wrapped interiors,” said Pride. 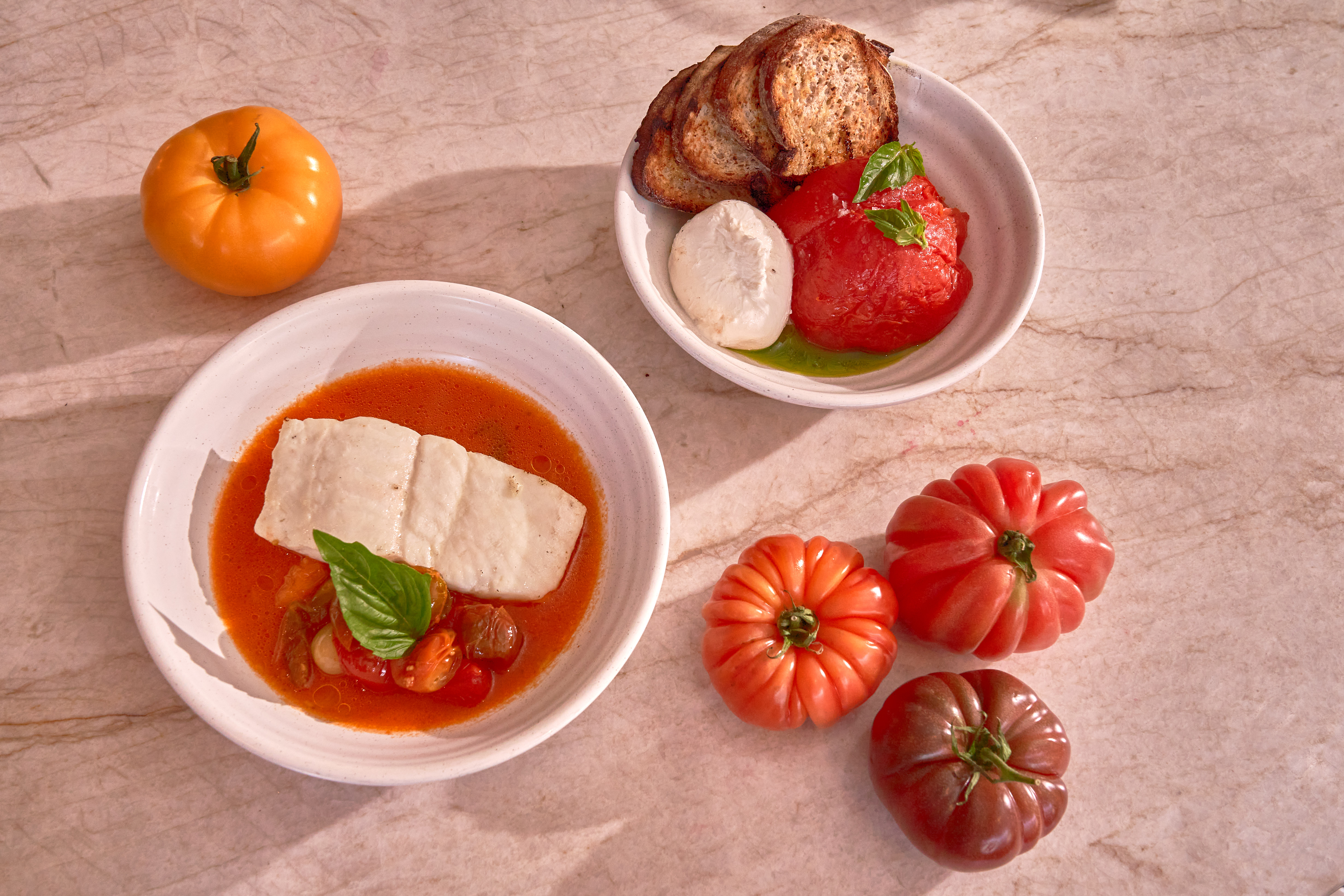 Permanent Peri.A
Ever since Los Angeles boutique Peri.A popped up here two years ago, Peri Arenas has had her eye on a permanent space. She scored 800 square feet above Big Wrap on Durant Avenue for collections such as Marni, Colville, Casablanca and Peter Cohen, who hosts a trunk show in July.

“It’s mind-blowing here. Basically, the minute I wear something, people say they love it and want to buy it,” said Arenas.

Molly Goddard dresses and fine jewelry by Marie Lichtenberg and Eden Presley are having a moment, too. Arenas said pieces started flying out this week, which she suspects has something to do with ArtCrush, Aspen Art Museum’s summer gala.

“They have an event or dinner party every night in this town,” she said, hoping all the L.A. foot traffic drums up excitement for her new Beverly Hills location. “It opens September.” 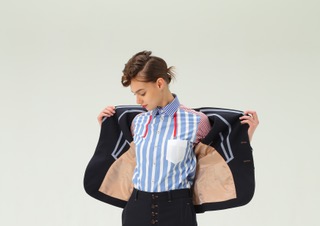 “We actually had an Aspen store back in the ’70s that was one of the first stores my grandparents opened,” said vice president and head of buying Amber Fekete.

Decorated with a cowhide ottoman and a buffalo hide hanging from a pulley system soaring above the lofty spot, the location caters to more high-end and unique pieces like men’s hand-crafted, suede boots and the women’s Georgia leather coat trimmed in coyote fur.

“It’s Western flair with lots of attitude,” she said. 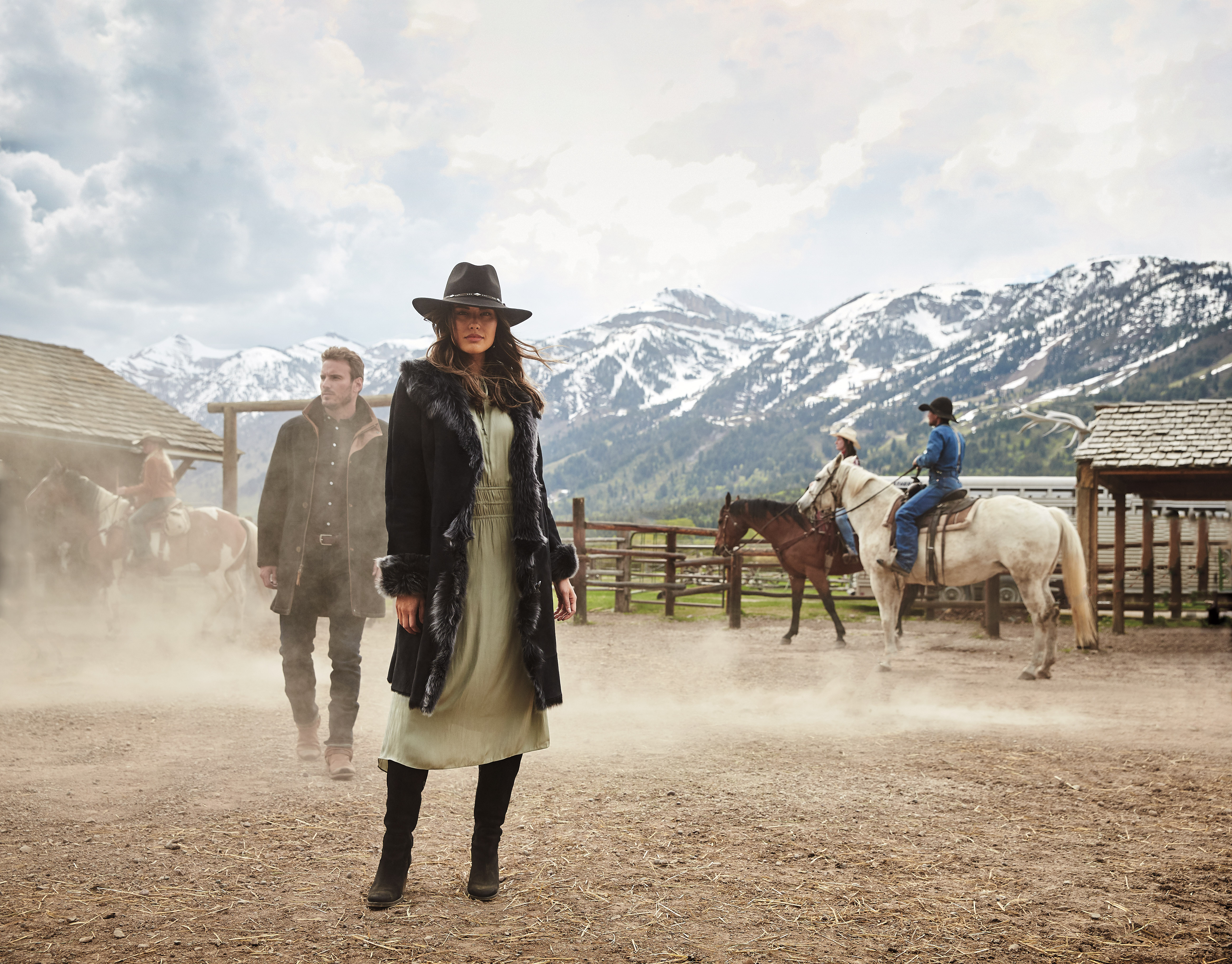 Making Copies
Like many urbanites during COVID-19, Honor Fraser and her husband, Stavros Merjos, decamped to the great outdoors with their two sons and his eldest son from a previous marriage. While her kids skied in the mornings and Zoom-schooled in the afternoons, Fraser held winter exhibits by Kenny Scharf and Rosson Crow at her eponymous, Los Angeles art gallery’s first presence here.

Fraser follows “Andy Warhol: By Hand,” a show of actual drawings by Warhol, with the tribute “Richard Pettibone: Andy Warhol, Campbell’s Soup Cans, 1990-2019” through August 28. Emulating Warhol’s knack for controversy and cruelty, Pettibone likes to see art skeptics get their panties in a twist. He ups the ante on Warhol’s original 32 Campbell’s Soup Cans that premiered in 1962—which infuriating art critics and the public, thus inviting the eternal question, “What is art?”—by replicating them in paint and screen-prints.

“Pettibone did two full sets of 32 works, or you can buy singles and even some of Warhol’s flowers,” said Merjos, of the teaser for when “Andy Warhol” comes to Aspen Art Museum in November. 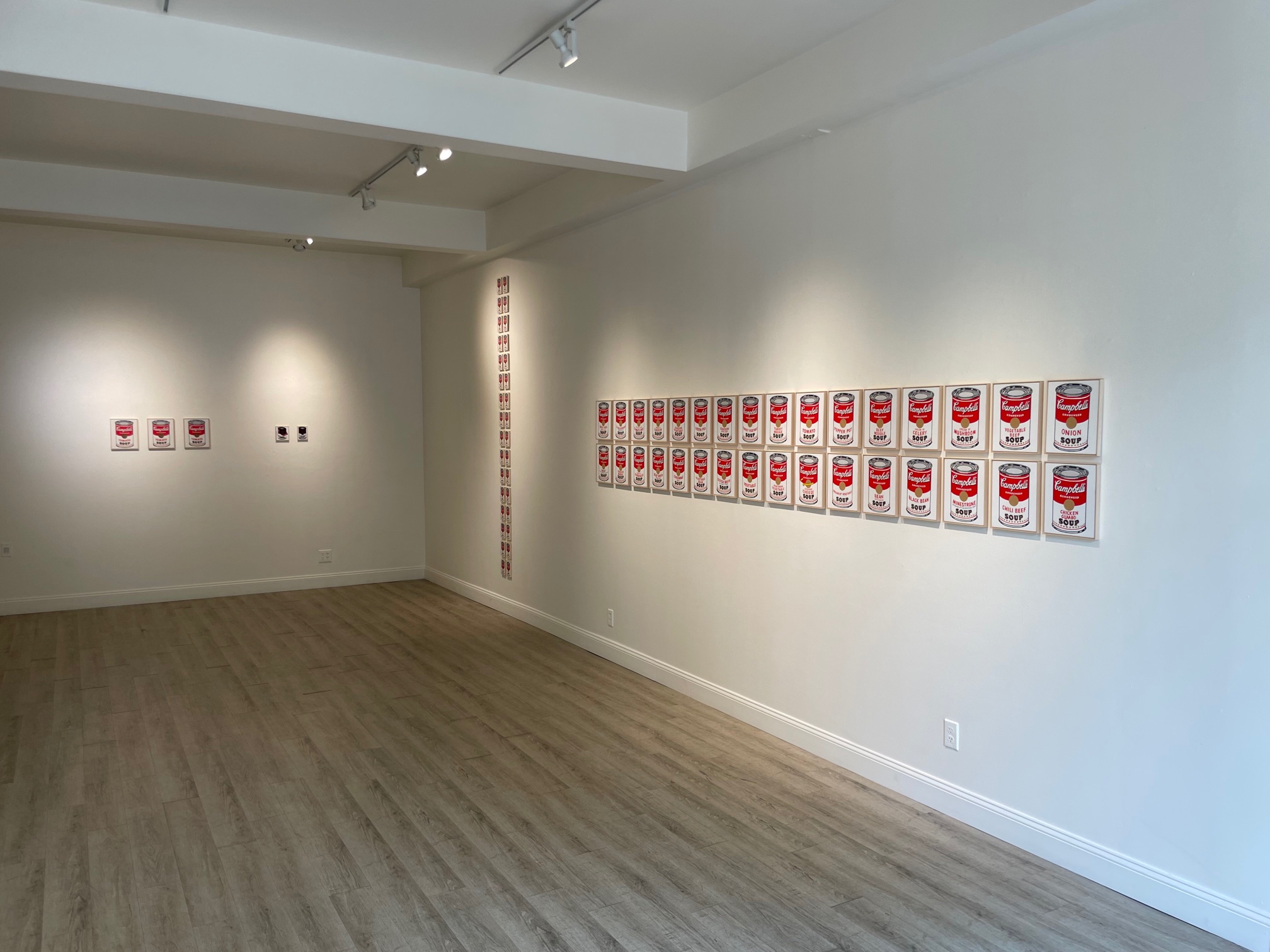 More From the Eye:

Spike Lee on Louis Vuitton, Virgil Abloh and Paying Tribute to His Mother in Cannes

5 New NYC Rooftop Bars to Toast the Start of Summer