Home » Lifestyle » Sutton Stracke: I Would’ve ‘Played It a Different Way’ If I Was Erika Jayne

Sutton Stracke: I Would’ve ‘Played It a Different Way’ If I Was Erika Jayne

Based on the midseason trailer for The Real Housewives of Beverly Hills, Sutton Stracke isn’t afraid to question Erika Jayne when it comes to her legal woes with estranged husband Tom Girardi — and the inquiries began on Watch What Happens Live With Andy Cohen after the Wednesday, July 21, episode of the Bravo hit.

RHOBH’s Erika Jayne and Tom Girardi’s Divorce and Legal Woes: Everything We Know

Andy Cohen asked Sutton, 49, whether she agreed with viewers that Erika, 50, isn’t showing “any sort of remorse” amid allegations that the Pretty Mess author and Tom, 82, embezzlement settlement funds from the families of plane crash victims.

“It’s so hard because knowing now what I didn’t know then, I would have, maybe, played it a different way,” the designer admitted. 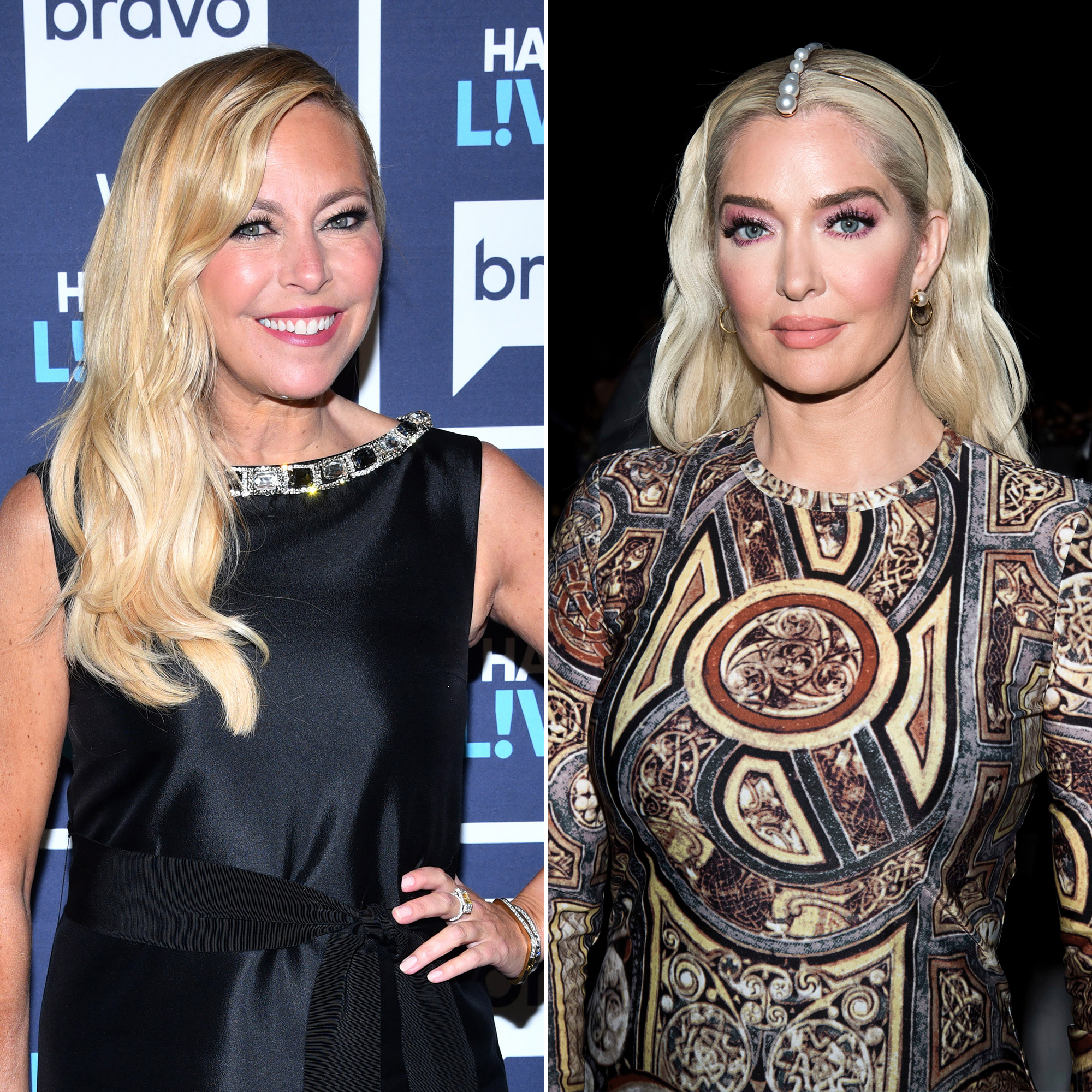 Erika’s reactions to her divorce and subsequent legal issues have made headlines as season 11 of RHOBH plays out, with Camille Grammer calling out her former costar for her mascara tears on the July 14 episode.

“What do you think about Camille Grammer commenting on Instagram that Erika’s mascara had never run before?” Andy asked Sutton on Wednesday. “This was going around a lot on online.”

Sutton replied, “Well, I think that there is waterproof mascara out there,” before fellow guest Liz Gillies weighed in when the Most Talkative author asked whether women think about potential tears when doing their eye makeup.

“I do at work, but I’m at work and I’m on a soap opera, so I don’t know,” the Dynasty actress said. “I only ever use waterproof mascara.”

The Georgia native added, “I think that’s a good answer.”

Camille and Sutton aren’t the only ones questioning Erika’s authenticity. Kim Archie, former legal consultant at Girardi Keese, slammed the performer during an appearance on Heather McDonald’s “Juicy Scoop” podcast earlier this month.

“She likes big sunglasses. There are scenes that somebody posted where she’s inside with sunglasses. So she’s sitting in bright sunlight with non-waterproof mascara, you know, just sobbing,” Kim said. “That whole scene — and I watched it — did she take acting classes? I thought she went to, like, an art high school in Atlanta. She needs to get her money back from any classes because nobody was buying any of that. I mean, that was terrible acting. It was horrible.”

Mention It All! Real Housewives’ Legal Troubles Through the Years

During Wednesday’s episode of RHOBH, the cast found out that a judge froze Tom’s assets amid his bankruptcy case and embezzlement claims. Erika also detailed Tom’s health issues for the first time. (Us reported in March that he lost his law license after he was diagnosed with Alzheimer’s and he was subsequently placed under conservatorship.)

“What I was seeing, what I was experiencing, what I was hearing, I was right. Tom was changing, you know, this was over time. When you’re slowing watching someone unravel, that’s a hard time to do,” Erika told Bravo cameras. “Tom’s sole identity is being a great lawyer. That’s all he ever wanted to be in life and he put that ahead of everything, everything. These last few years, you know, when I noticed him declining, I think he held on even tighter. I think he was afraid, I think that he was mad because he was mean as f—k.”

Erika later accused Tom of cheating, claiming he didn’t deny it after she found “evidence” on his phone.

“I knew a lot because it was so hard to hide and, you know, he was sloppy,” she told her costars. When asked why she didn’t leave him sooner, Erika added, “Where am I going? … He told me straight up, ‘This is my house.’ Where am I going?”

The Real Housewives of Beverly Hills airs on Bravo Wednesdays at 8 p.m. ET.