They may no longer be Real Housewives, but Tamra Judge and Vicki Gunvalson are still keeping up with the drama in Orange County. The former costars threw shade at the upcoming season of the Bravo franchise via Instagram Live over the weekend.

Biggest ‘Real Housewives’ Feuds Ever — And Where the Relationships Stand Today

“There’s no more Tres Amigas,” Tamra, 52, told fans, referring to their friendship with Shannon Beador. “In fact, they filmed the season finale two nights ago and oddly enough, we weren’t invited. We just weren’t invited!”

The Coto Insurance CEO, 58, then claimed that season 15 will be the shortest season since season 3, which aired in 2007. 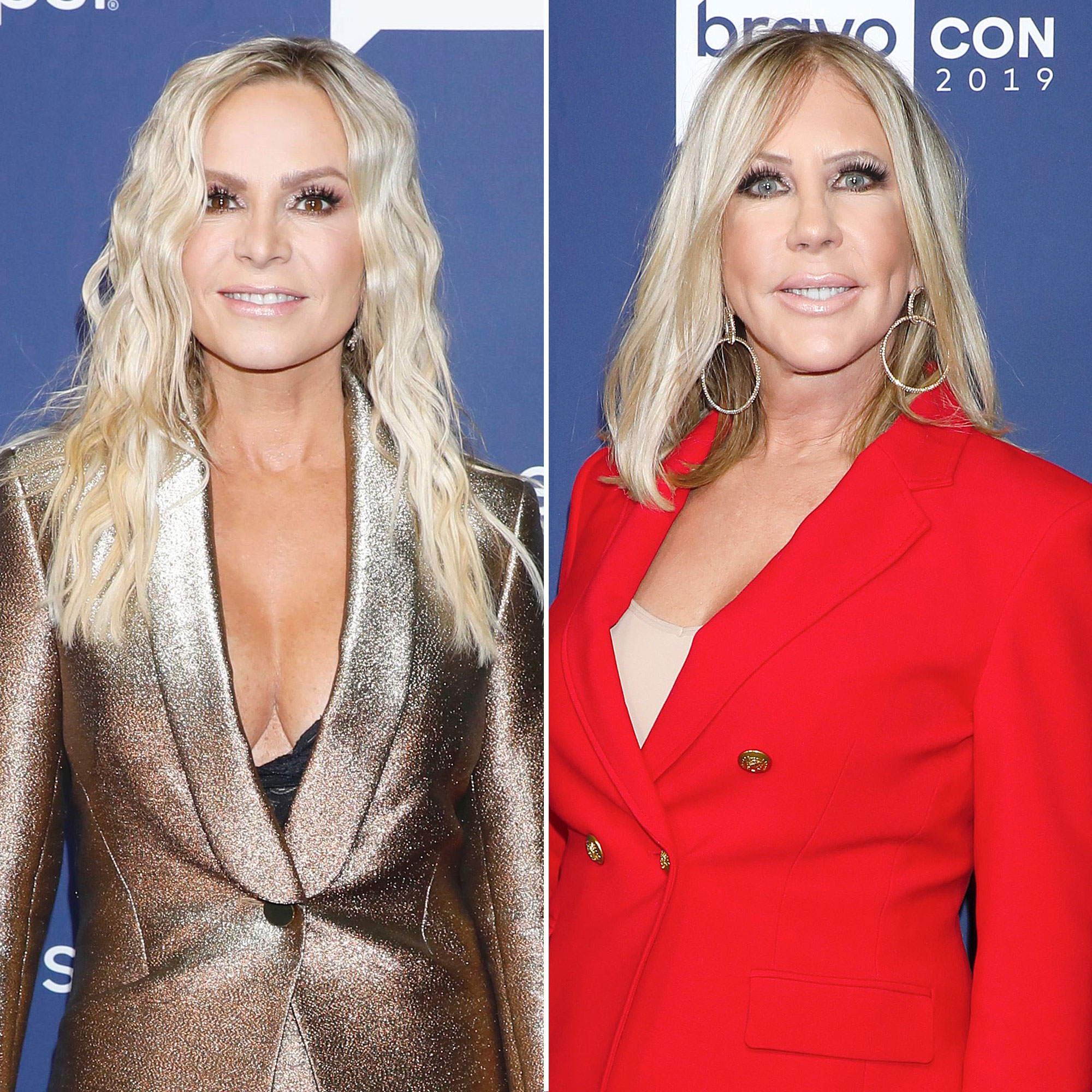 “And guess what? The episodes are down to 12 vs. 22,” Vicki quipped. “Maybe there’s no content because they’re all fake bitches!”

Us Weekly confirmed in January that Tamra and Vicki would not be featured on season 15 of RHOC. Shannon, Emily Simpson, Gina Kirschenheiter, Kelly Dodd and Braunwyn Windham-Burke subsequently started production but were forced to hit pause in March amid the coronavirus pandemic. Filming picked up again in May, with the women reuniting for a “social distance catchup” session at Shannon’s house.

Tamra, who joined RHOC during season 3, has been open about feeling “betrayed” by former bestie Shannon, 56, who she claims stopped reaching out after the Cut Fitness owner left the show.

“There was no big fight that happened between us,” Tamra said on SiriusXM’s “Jeff Lewis Live” earlier this month. “I was going through a really, really hard time in my life. I’m not a needy person and I’m not one of those that needs my friends like all the time like she needed me and you know, we’re all different like that. And I really needed her.”

Tamra went on to cite her ex-husband Simon Barney’s battle with cancer as one of the reasons she needed Shannon’s support, noting that she had her back during her divorce from David Beador.

“I just feel betrayed,” the real estate agent explained. “I feel like I was always there for her and I had no problem being there for her and she wasn’t an easy person to deal with when she was going through the divorce. I talked to her multiple times a day and then as soon as she knew Vicki and I weren’t coming back, we just, the calls just kind of dwindled and then finally it was no phone call at all. So it’s just hard because I really needed her and if I would have done that to her when she was going through the divorce and all that, she would have lost it.”

While Vicki claimed there would be “no content” for season 15, social media users recently discovered that Kelly and Braunwyn unfollowed each other via Instagram after the finale party. Shannon, meanwhile, recently recovered from her own battle with COVID-19.

Bravo has yet to announce a season 15 premiere date.