Injured animals being rescued and rehabilitated around the clock in Australia

For the first time in more than 3,000 years, Tasmanian devils have been born in the wild of the Australian mainland.

“The wilds of mainland Australia are experiencing a special kind of baby boom—one that hasn’t happened here in more than 3,000 years. WildArk, in partnership with Aussie Ark and Re:wild, are celebrating the birth of 7 Tasmanian Devil joeys born into Aussie Ark’s 400 hectare Barrington Wildlife Sanctuary,” the sanctuary wrote, noting that its team had been working to establish a sustainable population for the better part of a decade.

“Once they were back, it was entirely up to them. The team at Aussie Ark had been watching them from afar until it was time to step in and confirm the birth of our first wild joeys. And what a moment it was!” the group said. 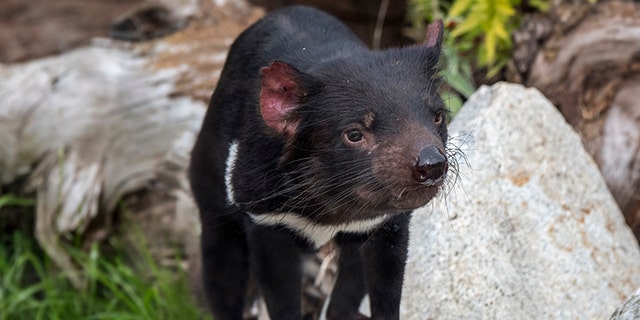 “This is an inspirational achievement by the Aussie Ark team and shows the positive impact we as humans can have on our environment if we want to,” it said. “The project while in its infancy shows the potential that exists to returner wilderness areas to thriving, abundant ecosystems.”

In a more than three-minute video, Aussie Ark President Tim Faulkner said the team had seen more than 450 joeys as part of the plan to “Re:wild Australia.”

Faulkner and a team member can be seen examining the progress of peanut-sized infants in a mother’s pouch.

He said the reintroduction of devils was “crucial” and that “there’s so much more at stake than that,” including the regulation of feral pests like the fox and cat, and native herbivores like possums and kangaroos.

While the return was officially jumpstarted in late 2020, with 26 devils released from white cages, the species’ survival there was up to them.

“The devils have not only survived but thrived. Every single one of them,” said Faulkner.

“Aussie Ark’s plans are to Re:wild Australia and the devil is leading us on that journey,” he said.

Once called Sarcophilus satanicus, or “Satanic flesh-lover,” the Aussie Ark website says that devils went extinct in mainland Australia largely due to the introduction of dingoes and a disease called Devil Facial Tumour Disease (DFTD) that ravaged the wild population.

The Tasmanian devil is the world’s largest surviving marsupial carnivore and typically lives for up to six years in the wild.

According to Aussie Ark, just 25,000 devils are left in the wild of Tasmania today. The devils are listed as endangered on the United Nations’ Red List.

In the page detailing the so-called “#DevilComeback,” Aussie Ark said that it planned to do two additional releases of 20 devils each to continually refine the process.