After learning she was pregnant with her fourth child, ‘Teen Mom 2’ star Kailyn Lowry grappled with her options — she even considered abortion.

Kailyn Lowry dealt with some heavy emotions during the Nov. 10 episode of Teen Mom 2. After learning she was pregnant with her fourth baby, she held off on telling her three elder sons because she still “couldn’t believe” she was expecting again. She even thought about terminating the pregnancy.

“I did consider abortion,” Kailyn admitted during a private confessional on this week’s new episode of the series, but when she went to her abortion appointment, she had the ultrasound and requested to see it. “[I wanted to] see if I connect with this baby”, Kailyn revealed. And “at that point” she decided “abortion wasn’t for me.”

“It’s kind of been like a weird time. I truly can’t picture it. I’ve never felt this way about a pregnancy. Like I never was — when I got pregnant with Lux, I never even thought twice about keeping him. Now, moving forward, this is a decision I’ve made — to keep this baby, so I kind of need to put my big girl pants on and figure it out,” Kailyn said.

Kailyn later revealed that she also told exes Jo Rivera and Javi Marroquin that she was pregnant, even though she was “worried about how they’d react”. And much to her surprise, they were very “supportive”. Kailyn said they were all “really nice about it”, even though she had previously told Javi she was going to get an abortion. “He didn’t even question it,” Kailyn told her friend. “He was just like, ‘Oh! Congratulations.’ He wasn’t like, ‘Oh, so you lied?’” Kailyn said before admitting she was “questioning” this pregnancy at 27 more than she did with her first at 17. 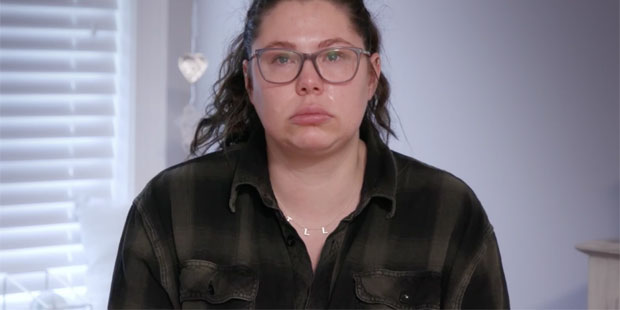 Finally, after deciding she wanted to keep the baby, Kailyn went for another ultrasound and discovered she’s expecting another boy! Obviously, she’s already given birth to baby Creed in real-time, but it was still fun to watch her find that information out for the very first time.

Meanwhile, coronavirus finally reared its ugly head this week, threatening Leah Messer‘s travel plans and bringing up serious concerns for Ali’s health. Initially, Leah didn’t seem to concerned about it and she was solely focused on doing what she needed to do to promote her new book, but once Jeremy Calvert told her how serious the pandemic could be, she agreed to take extra precaution.

Briana DeJesus then held a summit with Devoin and Luis to insist they help her with the financial responsibilities that come with raising their daughters. While Devoin gave her some pushback, the guys ended up agreeing to help her out with her money problems.

Finally, Chelsea Houska worried Adam Lind’s parents weren’t taking their new agreement seriously — Adam’s mom actually asked if they could talk about the situation with Aubree in person, but Chelsea just asked her to please read the letter sent by her lawyer. And Jade Cline disagreed with Sean on how involved her parents should be with Kloie. She felt they had a right to spend time with Kloie, but he felt they shouldn’t be able to if they’re not sober.